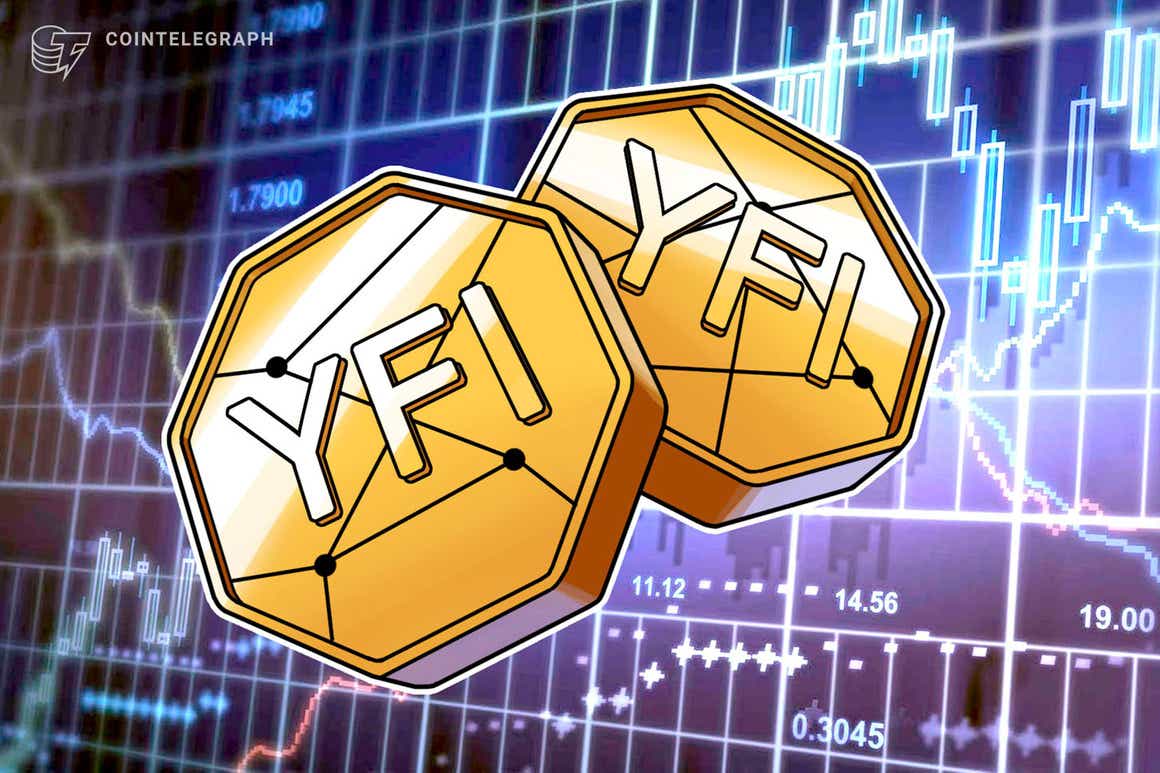 Yearn Finance (YFI) emerged as one of the best performers in the crypto market this week, rallying by over 46% in just four days to reach a two-week high above $29,100.

The gains surfaced primarily as Yearn Finance revealed that it has been buying back YFI en masse since November in response to a community vote to improve the YFI token’s economics. The decentralized asset management platform purchased 282.40 YFI at an average price of $26,651 per token — a total of over $7.50 million.

Furthermore, Yearn Finance noted that it has more than $45 million saved in its Treasury and has “stronger than ever” earnings. As a result, it would — in the future — could deploy its income to buy back more YFI tokens.

Now that the Treasury has more than $45 million saved up and with earnings stronger than ever, expect much more aggressive buybacks. What will you do anon?

The analyst further highlighted that Yearn had attracted more than $5 billion in total value locked (TVL) against a market capitalization of $781 million. That being said, the Yearn Finance protocol earns one of the highest fees per TVL, giving it enough liquidity to sustain its token buyback strategy in the future.

In detail, the P/S ratio indicates that how much investors are willing to pay for a company’s stock based on its sales per share. The P/E ratio shows investors’ decision to buy a stock based on the company’s past or future earnings. In both cases, a lower reading indicates an undervalued stock.

“Those numbers for other payout-based protocols like Curve are 71.9x and 143x, respectively. So around times the multiple valuations for someone who has fees on.”

Outside of holding $ETH, $YFI is actually my top pick for all of 2022.

I’m stupidly long on Yearn both in terms of my capital but also investing my time as I expect to spend a lot of time building here.

While Yearn Finance’s decision to buy back over $7.50 million worth of YFI helped boost its prices, the cryptocurrency also received an additional upside boost from a historical accumulation range.

Popular crypto trader Cuban noted that YFI’s fully-diluted valuation (FDV) is under $1 billion, which is “criminal considering the potential and the team behind.” He added:

“Macro crypto wise, I believe we have a big Q1 coming up fundamentally and a lot of people gonna be left on the sidelines after de-risking EOY.”

Banning crypto in Russia is ‘quite doable’

Here is why Binance is leaving Singapore