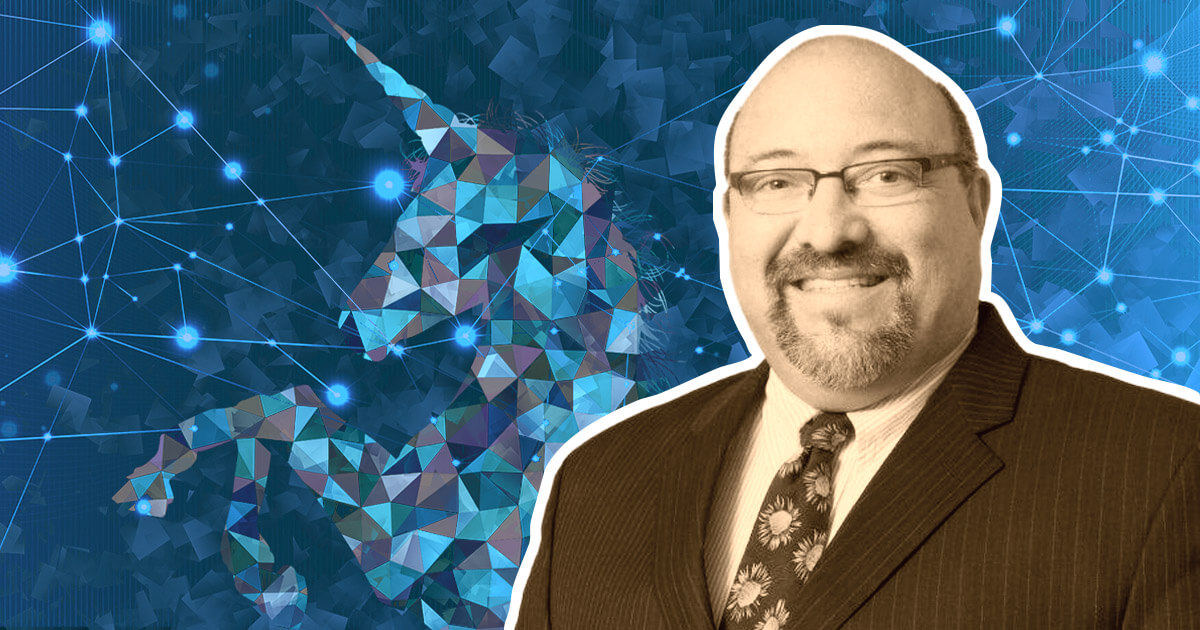 Moe Vela is a former adviser to Joe Biden and star of the investment show Unicorn Hunters. He is also launching a new crypto project called Unicoin. The token will work alongside the TV show creating an interactive experience for investors. In each episode of Unicorn Hunters, a new potential unicorn company comes in, pre-IPO, to pitch to the panel and the audience at home. Anyone watching the show can then go on the Unicorn Hunters website and invest in the company.

However, with most pre-IPO opportunities open only to accredited investors, which requires either an income over $200,000 or a net worth over $1 million, the team behind the show look to crypto to allow retail to enter the arena. With a blockchain-based token, tied to the pre-IPO asset, anyone can invest in these potential unicorns and it is all SEC complaint, according to Vela.

An exclusive interview with Moe Vela

Watch the full interview with Moe below as we talk Unicon, crypto regulation, decentralisation and the anonymity of blockchain.

Vela on US Regulation

Given Vela’s history with president Biden, I took the opportunity to as him about the recent executive order (EO) after the interview. Vela later added;

“I do believe this EO is a positive step forward for Unicoin investors since Unicoin is a securitized coin and is being pre-sold with the objective of being fully compliant with SEC regulations as they pertain to any security transaction.

The potential risk for blockchain assets that the Unicoin ICO document refers to is the tendency for most governments to over-regulate and stifle growth and innovation.  I hope that the Biden Administration is keenly aware that a sustainable and healthy regulatory environment is inevitably needed and even welcomed but that any effort to overreach or overregulate would be horribly counterproductive and destructive as the U.S. and the world move to this new frontier of blockchain/cryptocurrency.”

Unicoin is being offered by Transparent Business, primarily a SaaS company, which appears to be following a similar path to Support.com. Last year they merged with Greenridge Generation via a SPAC to move from a SaaS support service to a Bitcoin mining operation. The move has unsettled some of the board who believe the move shows “a clear intention to focus the main resources of the company on developing Unicoin as a promising crypto currency than to built a real corporate culture based on transparency and institutional investor mindset“.

Frederic Garcia, a board member since 2020, resigned following the statement issued via Linkedin over the weekend. The change was described as a “routine member rotation to ensure that our Board members continue to reflect the evolving focus and growth of our company” by Vela, who also stated that it was a“pleasure to serve with Mr. Garcia.” The pivot away from a more traditional ‘institutional mindset’ and towards the developing world of blockchain is one that will face more resistance for the company in future.

However, with a team consisting of Vice Presidential advisers, the first female latinx founder of a $1 billion company, the former President of Costa Rica, the Co-Founder of Apple, award-winning journalists and several TV show Executives this is definitely one project I will be keeping an eye on. Transparent Business will “soon be announcing Mr. Garcia’s replacement” with a strong possibility that the new member will have a fintech or cryptocurrency background.