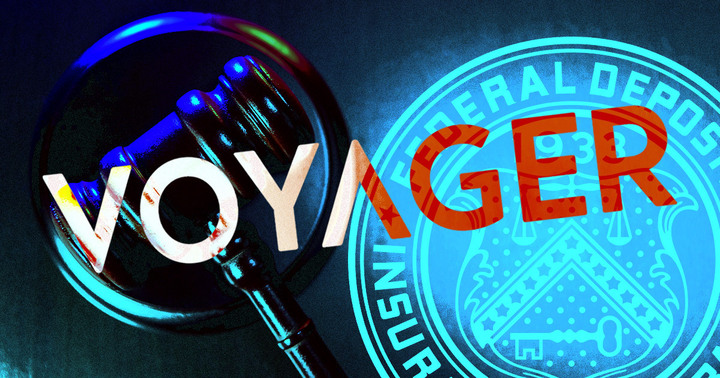 The U.S. Federal Reserve (FED) and Federal Deposit Insurance Corp (FDIC) have ordered Voyager Digital to desist from making false and misleading claims about its insurance status to customers.

In a joint letter sent to the crypto firm on July 28, the regulators said misleading information by Voyager Digital about its funds being covered by FDIC insurance may have influenced customers into investing in them.

A  Voyager Twitter post from November 12, 2020, showed it made an announcement stating that USD held with Voyager is FDIC insured up to $250,000.

Have you heard? USD held with Voyager is FDIC insured up to $250K. Our customers’ security is our top priority. Start growing your crypto portfolio today.

“Based on the information gathered to date, it appears that these representations likely misled and were relied upon by customers who placed their funds with Voyager and do not have immediate access to their funds.”

According to the letter, Voyager has a deposit account with Metropolitan Commercial Bank, which is insured, but had no insurance license from the FDIC to offer its customers.

Voyager has been mandated to remove all misleading statements from all relevant touchpoints within two business days. However, they can engage the regulators for further clarifications if they possess any legal proof of FDIC deposit insurance.

Voyager seeking a way out

The cease and desist order from the regulators is the latest in a string of unfortunate events besieging Voyager.

The 3AC collapse caused Voyager to halt customer withdrawals abruptly. A few days later, it filed for Chapter 11 bankruptcy. Voyager is currently seeking intervention from investors to settle its creditors.

Sam Bankman-Fried’s FTX exchange offered to buy all of Voyager’s assets and refund customers following the trouble. However, Voyager rebuffed the offer and said it was a “low-ball bid dressed up as a white knight rescue.”

Voyager backed off the FTX deal and said it is working on a restructuring process to return maximum value to its customers and stakeholders.

In a July 11 update, Voyager started a voluntary restructuring process that will return funds to customers in crypto and common equity. It disclosed that its crypto asset holding amount to approximately $1.3 billion, plus a $650 million debt owed by collapsed Three Arrows Capital (3AC).

Research: USDC on track to flip USDT by Q3 to become leading stablecoin