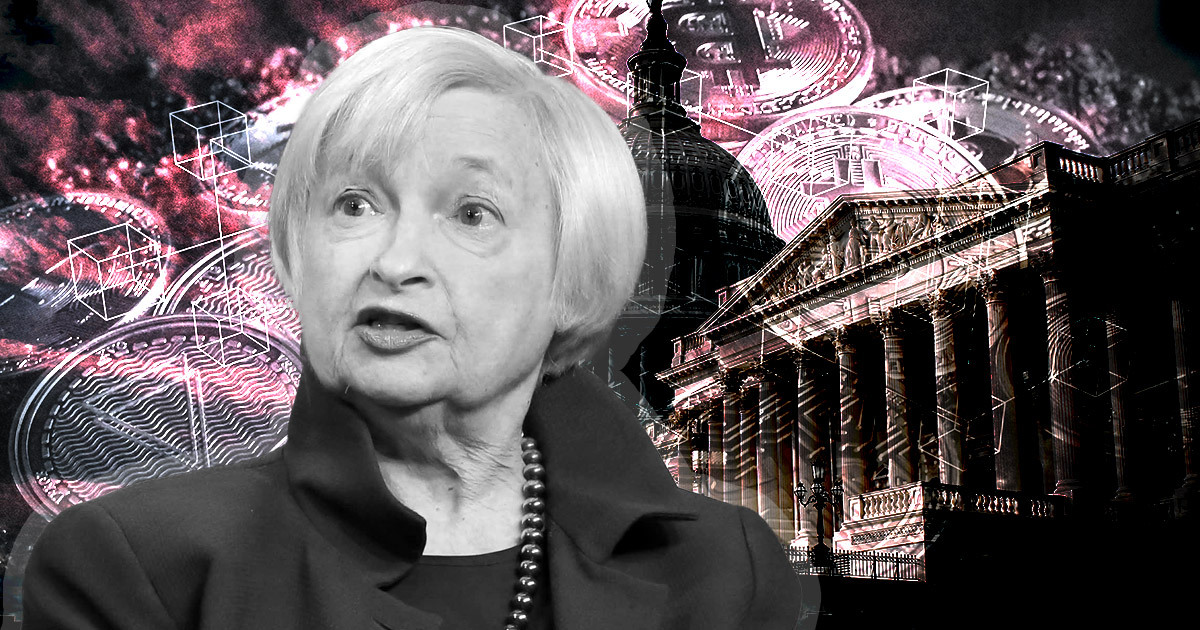 The US Treasury Secretary Janet Yellen joined CNBC’s Squawk Box this morning and talked to Andrew Sorkin about Bitcoin.

Secretary Yellen talked about the overall US economy and mentioned she had her hopes high as the job market strengthened and unemployment numbers dropped.

“Crypto has grown by leaps and bounds, and is now playing a significant role in the investment decisions of lots of Americans. We would like to … create a regulatory environment in which healthy innovation can continue.” – @SecYellen on #Bitcoinpic.twitter.com/UHKqf6bvrV

Senator Yellen started her response by acknowledging Bitcoin’s exponential growth as an investment tool. She stated:

“Crypto has grown by leaps and bounds, and is now playing a significant role in the investment decisions of lots of Americans.”

It seems like President Biden is also aware of Bitcoin’s impact and is getting ready to take it under control. According to Yellen, the President issued an executive order a few weeks earlier and asked the treasury and other agencies to prepare for crypto regulations.

Secretary Yellen had mentioned this order a few weeks earlier as well. On the 9th of March, she stated on Biden’s cryptocurrency executive order and said:

“President Biden’s historic executive order calls for a coordinated and comprehensive approach to digital asset policy. This approach will support responsible innovation that could result in substantial benefits for the nation, consumers and businesses.”

The statement continues by mentioning the risks:

“It will also address risks related to illicit finance, protecting consumers and investors, and preventing threats to the financial system and broader economy.”

When Sorkin asked Secretary Yellen about her opinions on crypto, she said there were valid concerns around crypto, but she also saw the benefits of it too. Majority of her concerns revolved around the issues of security. She said:

“I think there are valid concerns around it. Some have to do with financial stability, consumer and investor protection, use for illicit transactions, and other things. On the other hand, there are also benefits from crypto.”

After summarizing their main concerns regarding crypto, Secretary Yellen assured that they were also aware of the benefits. She mentioned that innovation could have a healing effect on the financial systems as long as its ‘healthy.’

With that, she also hinted at the nature of the upcoming US regulations as advisory rules that ensure the healthy growth of crypto. She said:

“We recognize that innovation in the payment system can be a healthy thing. We would like to come out eventually with recommendations that will create a regulatory environment in which healthy innovation can grow”

Love it or hate it, crypto’s vibe shift is now imminent