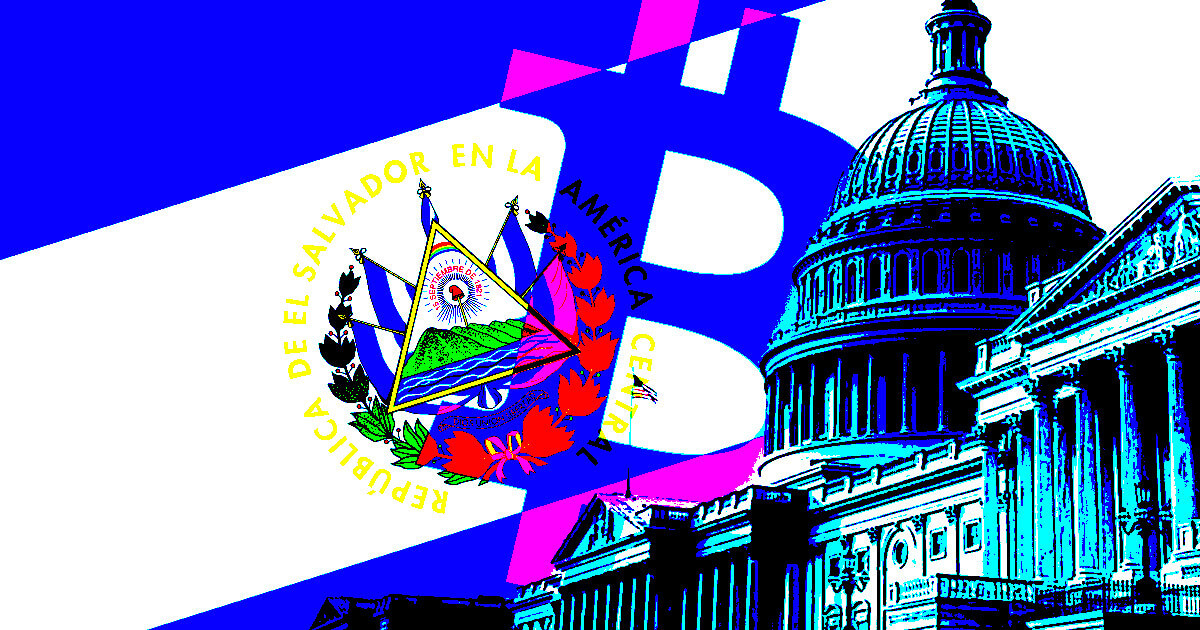 Legislators in the United States appear bent on limiting the impact of El Salvador’s Bitcoin adoption on the country’s financial system. Yesterday, a US Senate Committee passed the “Accountability for Cryptocurrency in El Salvador (ACES) Act” Bill.

Though the bill is still up for a vote by the full Senate, indications have emerged that El Salvador’s president, Nayib Bukele, is largely displeased with the intrusion of the US into his country’s policies.

According to available information, the bill, sponsored by Senators Bob Menendez, Bill Cassidy, and James Risch, seeks to “understand and mitigate” against the risks of El Salvador’s Bitcoin adoption.

Senator Risch stated that the Bill would require federal agencies, including the treasury department, to manage the risks of China or even criminal organizations taking advantage of the adoption. It’ll also make it lead to the monitoring of El Salvador remittances.

When the rumors of the Bill first surfaced online, Nayib Bukele had first tweeted a warning to the US Senate that the country had “0(zero) jurisdiction on a sovereign and independent nation” before adding that they should “stay out of our internal affairs.”

Never in my wildest dreams would I have thought that the US Government would be afraid of what we are doing here. pic.twitter.com/QgJPa70mn0

With the confirmation of the story, Bukele took to Twitter to rehash his earlier stance, saying that he never “thought that the US Government would be afraid of what we are doing here.”

While the international community appears disillusioned with El Salvador’s Bitcoin adoption, the country seems undisturbed as it keeps marching on with its pro-crypto policies.

However, its plans to issue a $1 billion Bitcoin bond to fund its Bitcoin city appear to have hit a snag as the finance minister revealed that current global instability has made it push the plans to September.

In another development, a Reuters report has revealed that Binance CEO Changpeng Zhao will be meeting the Nayib Bukele on Thursday, according to the El Salvador ambassador to the US.

Interestingly, a recent survey released by El Salvador’s Chamber of Commerce has shown only about 14% of businesses accept BTC and most of them also claim that digital asset adoption hasn’t had a significant effect on their business.

Critics of the government’s decision have pointed to this low level of adoption and volatile nature of the asset as a major reason why the country should discontinue its adoption.

This, however, appears not to dissuade other governments around the world like Tonga, who are also considering making BTC a legal tender.