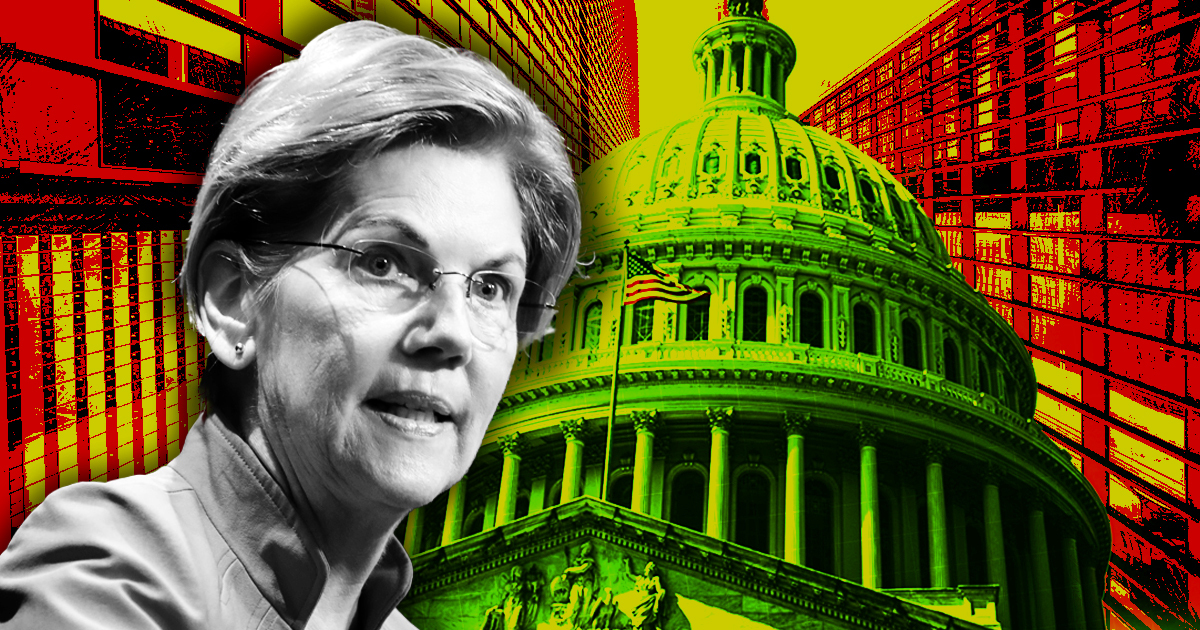 Five US Democratic lawmakers led by Senator Elizabeth Warren have written the heads of several financial regulators in the country, enquiring about the “revolving door’ between government agencies and the crypto industry.

The letter, citing a Tech Transparency Project report, noted that over 200 ex-government officials were now working in crypto firms and serving in different capacities that ranged from investors to lobbyists.

According to lawmakers, the crypto industry has grown in leaps and bounds in the last few years and has escalated its lobbying efforts to get favorable regulatory outcomes. One of the ways it has been able to achieve this is by hiring several ex-government officials.

The lawmakers expressed concerns that the “revolving door” could corrupt the policymaking process and undermine the public’s trust in the financial regulators. They continued that Americans deserve to be sure that government policies were not being created to “cater to the crypto industry’s desire to ‘avoid the sort of regulatory crackdown it has faced in China and elsewhere.’”

Sen. Warren and others are now asking the financial regulators to answer questions surrounding their ethical guidelines on how long a former employee has to wait before seeking employment in an industry they interacted with or oversaw while in public service.

Additionally, they want clarity on the ethics and transparency rules to ensure the integrity of the agencies, challenges facing the agencies in enforcing the ethics on revolving door hires, and the agencies’ policies to prevent conflicts of interest from current or former employees.

The agencies have to respond to the letter before November 7, 2022.

Several government officials have taken up crypto jobs after leaving their former jobs.

Former Acting Comptroller of the Currency Brian Brooks briefly served as the CEO of Binance US and also invested in crypto startup Solidus Labs. Brooks is currently the CEO of the Bitcoin mining firm Bitfury.

Another government official that took a crypto job after leaving office was the former chairman of the Securities and Exchange Commission (SEC), Jay Clayton. The SEC began its lawsuit against Ripple under his chairmanship. However, he has served as an advisor to several crypto-related firms since he left office.

Op-Ed: Is Ethereum now under U.S. control? 99% of latest relay blocks are censoring the network