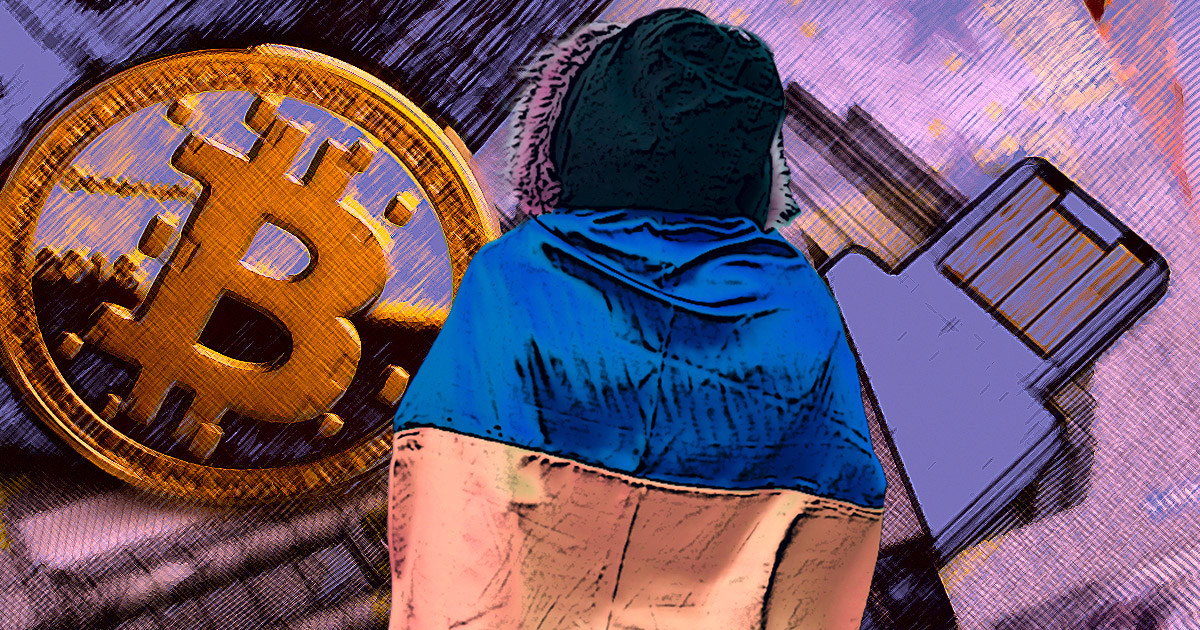 CNBC reported today that a 20-year-old refugee fled Ukraine and the only money he was able to carry was the Bitcoin he held on his pen drive. The Ukrainian, going by Fadey, is not alone as many people are relying on crypto to help them cross European borders.

Due to issues with bank transactions and long ATM queues at ATMs, many have been left without access to funds. However, Fadey was able to make a P2P Bitcoin trade with a friend for $600 worth of the Polish currency, złoty. He then used the money to buy a bus ticket into Poland. Fadey told CNBC,

“I couldn’t withdraw cash at all, because the queues to ATMs were so long, and I couldn’t wait that much time.”

This highlights a point we raised earlier in the conflict: decentralised assets can empower displaced people fleeing war. When the centralised system collapses, all that is needed is a basic internet connection and a piece of paper containing a seed phrase. Even those who have been able to withdraw fiat currency via ATMs have been restricted to $33 per transaction, which does not apply to crypto.

Ukraine already had the highest crypto adoption in Europe, which is now helping many of its citizens survive. The $2000 that Fadey could carry on his pen drive equates to just under half of his life savings. For all the crypto whales we analyse and read about, there are hundreds of thousands of people like Fadey. People to whom a few thousand dollars is the difference between life and death.

Ukraine is also embracing crypto at a government level. It has received millions of dollars in crypto donations from all around the globe and officially legalised crypto this week. Hopefully, other countries will now see how crypto can aid their citizens during times of crisis and encourage further adoption.

Bitcoin ATMs in border countries have allowed those escaping the Russian invasion to access their funds once they are safe. It would be great to see more Bitcoin ATMs; however, their existence is currently in doubt after being banned in the UK last week.

Beyond the borders, Portugal is also leading the way in supporting Ukrainians relocate. The country, which has zero capital gains tax on crypto, welcomes refugees, including crypto employees from companies such as NEAR. Portugal and Ukraine are both hubs of crypto development, so there is a natural synergy for any Ukrainian crypto firms looking to relocate due to the war.

With over 3.5 million refugees travelling across Europe from Ukraine, access to funds is a real problem. Crypto is not just an investment tool for those hoping to outpace the stock marketing. For millions of people all around the globe, crypto is opening up lifelines during some of the most challenging times. Decentralisation does not just protect our investments; it saves the lives of those who rely upon it when they need it most.

‘I was wrong’ about DApp rollout