The case for Bitcoin as a part of retirement savings 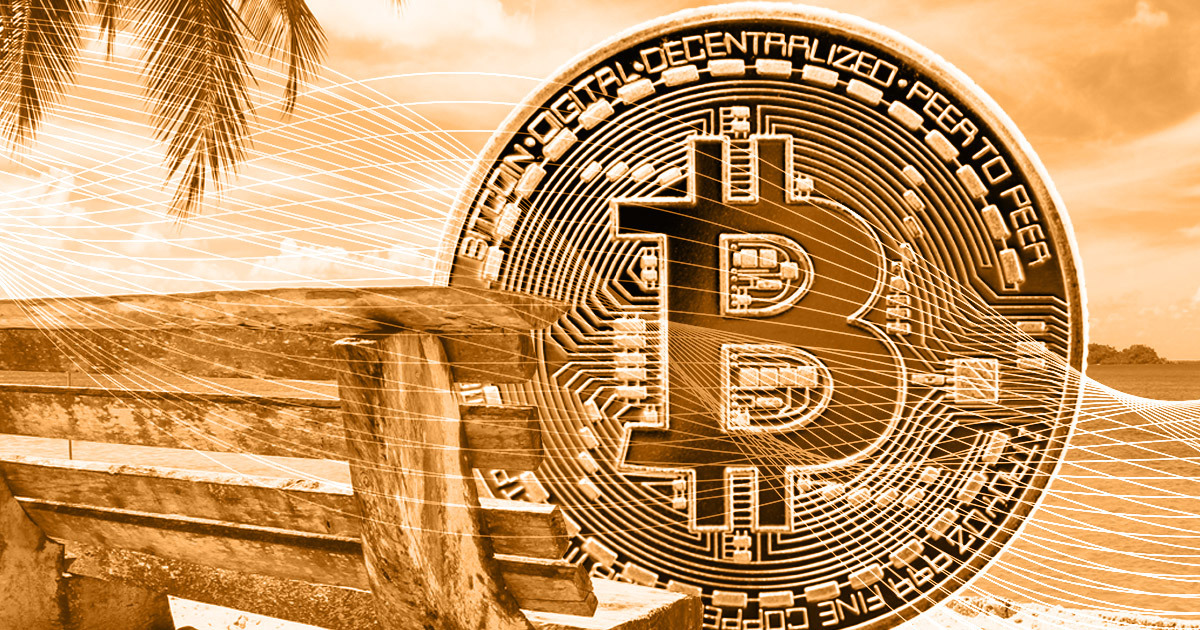 Last week, U.S. Treasury Secretary Yellen spoke out against the dangers of cryptocurrencies as a retirement savings vehicle, calling it a “very risky move.”

Yellen isn’t alone in her criticism; several analysts and professionals have also publically blasted the idea. For example, Forbes contributor and partner at law firm Adkisson Pitet, Jay Adkisson, likened it to playing roulette. He said the inherently speculative nature of cryptocurrencies isn’t something to mingle with retirement planning.

“It is suggested, however, that perhaps the better bet is to simply take the amount one is willing to wager, take that to a casino, and let it ride on either red or black on the roulette table.”

Similarly, the Department of Labor recently asked fiduciaries to “exercise extreme care” before enabling savers to add cryptocurrencies to their 401(k)s. Chief among their concerns were volatility and overvaluation.

As a response, Yellen said it would be appropriate for lawmakers to “address the danger” by changing the types of allowable 401(k) investments.

But considering Bitcoin’s (BTC) stellar performance over the long term, would a ban on crypto 401(k)s be a step too far?

In April, Fidelity Investments announced the option for U.S. citizens to add Bitcoin to their 401(k) company-sponsored retirement plans. Under the proposals, investors can allocate up to 20% of their account balance to Bitcoin. However, individual fiduciaries can lower that cap if they choose to.

Given that Fidelity is America’s biggest retirement plan provider, the crypto industry essentially saw this as a nod to the growing legitimacy of Bitcoin. However, more conservative investors slammed the move, citing concerns about volatility and a lack of fundamentals backing digital assets.

Year-to-date, Bitcoin is down 40%, but that hasn’t stopped Fidelity from pressing ahead with a Bitcoin 401(k) product. Dave Gray, Head of Workplace Retirement Offerings and Platforms at Fidelity Investments, said the move was primarily prompted by “plan sponsors” (or employers), who voiced interest in such an offering.

“We started to hear a growing interest from plan sponsors, organically, as to how could Bitcoin or how could digital assets be offered in a retirement plan.”

As mentioned, the Labor Department reacted by reminding fiduciaries they must act in the best interest of plan participants. Specifically, the organization raised concerns over the “significant risks” presented by fraud, theft, and loss.

But Fidelity said the Labor Department did not provide guidelines on how fiduciaries can deal with these concerns, or meet their fiduciary obligations if they wish to press ahead with Bitcoin as a 401(k) investment option.

Commenting on the situation, Gray said fiduciaries, and not the Labor Department, should decide on allowing workers to invest in Bitcoin for retirement planning.

“The Department of Labor is substituting its own opinion on crypto for what rightly belongs to plan sponsor fiduciaries.”

Divergence of opinion between plan sponsors and individual investors

Although Fidelity said interest from plan sponsors prompted it to offer a Bitcoin retirement product, a Plan Sponsor Council of America survey showed that 57% of its members don’t consider cryptocurrencies a legitimate investment vehicle for retirement planning.

Chiming in, Investment Adviser and Founder of Bridgeriver Advisors, Dan Casey, points out that plan sponsors are liable for the overall running of their retirement plans. As such, there is a general reluctance to take on the custodial and volatility risks associated with crypto retirement products.

“A lot of employers I know don’t want it because they are liable.”

In contrast, a survey of randomized individuals conducted by Bitcoin IRA in May found that 80% of respondents are considering adding cryptocurrencies to their retirement portfolio.

However, the sample size was relatively small, at just 500 people. And as more than half are crypto-familiar (55% said they bought their first crypto aged between 41-65,) suggesting a pro-crypto bias in the sample population.

“Bitcoin and crypto are quickly becoming a prerequisite to a modern portfolio. The future of money is drastically changing, and Americans see an opportunity to move beyond traditional ways of interacting and transacting, particularly when it comes to their retirement portfolios.”

Kline added that despite the macroeconomic factors in play, investors are still keen to diversify retirement vehicles beyond traditional stocks and bonds.

Fast forward to now, and the acceleration of macroeconomic factors, in particular out-of-control inflation, has triggered a sharp decline in the price of Bitcoin.

June 13 saw BTC sink below $23,000, marking an 18-month low. With a sudden 180 in the efficacy of digital assets as viable investment vehicles in general, Yellen’s warning over Bitcoin as a retirement vehicle becomes all the more salient.

CryptoSlate reached out to Kline for an updated comment. By email, Kline said recessionary fears would likely lead to adjusted expectations. However, he believes retirement investors, with a long-term view, “will remain neutral” under current circumstances.

“it’s likely that Bitcoin’s appeal to investors as a retirement savings vehicle will remain neutral as individuals assess their long-term finances.

Citing the survey results, Kline said overall interest in Bitcoin as a retirement vehicle is in an uptrend. But he is interested to see how things play out “once the dust settles.”

Our recent survey data displays an overall upward trend for individuals considering investing in cryptocurrency as part of their retirement portfolios, and it’s interesting to see what will happen next once the dust settles”.

The previous bear market saw Bitcoin lose 85% of its value from peak to trough, which, if similar cycles play out in the future, presents a big ask for retirement savers to stomach.

Then again, the flip side to volatility is significant upside potential. As detailed by the founder of Compound Capital Advisors, Charlie Bilello, annualized average returns for BTC since 2011 come in at 231%. More than ten times that of the next best-performing asset class on this basis – the Nasdaq.

Bear in mind that the bulk of any asset’s gains is made early in its life cycle. Therefore 200%+ gains per year for Bitcoin are unlikely from this point onwards.

But, if similar gains play out in future cycles, the issue becomes one of timing the market, which even the most sophisticated investors cannot achieve consistently. Furthermore, the adage, “time in the market, not timing the market,” only counts if the cashing out date is open-ended.

People can draw on their 401(k)s from age 59.5 without penalty. But Required Minimum Distributions (RMD)must be taken by age 72. Therefore, a 12.5-year window of flexibility is available, which in theory can cover multiple bull-bear cycles.

However, as one approaches their twilight years, a substantial degree of certainty over finances is imperative. For that reason, Bitcoin as a retirement vehicle may only appeal to risk-tolerant younger retirement savers.

The post The case for Bitcoin as a part of retirement savings appeared first on CryptoSlate.