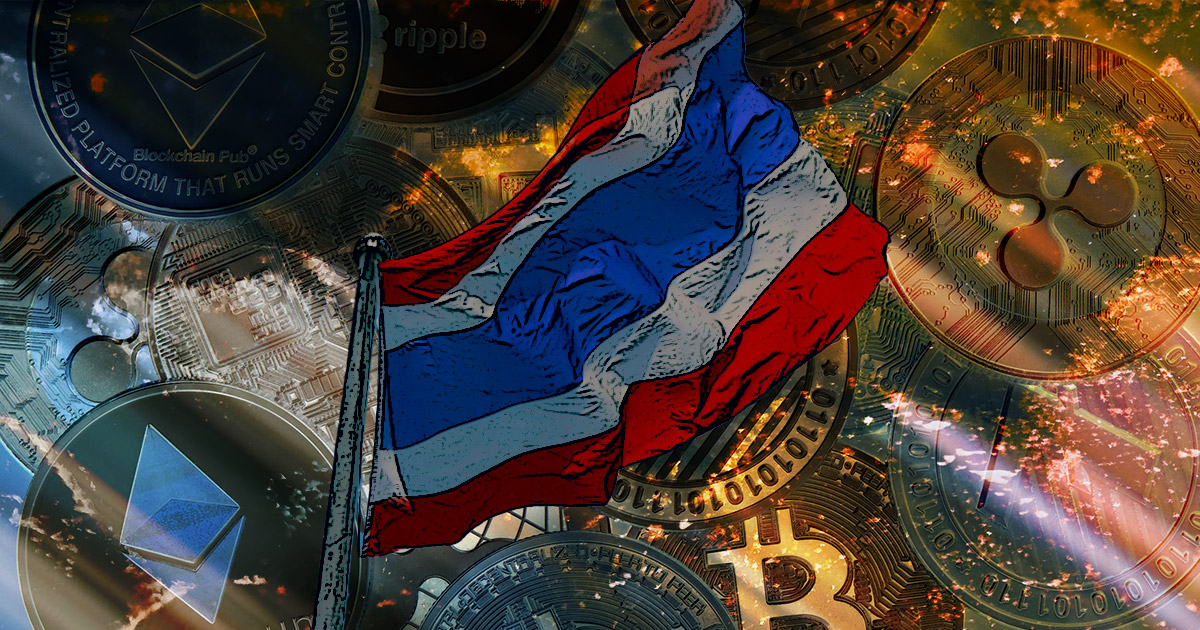 Three months ago, Thailand implemented a 15% tax on crypto gains. A month later, they announced that they were set to regulate cryptos as payment methods. Soon after, they removed the tax they implemented, just one month earlier.

While all seemed to be going swimmingly, today, the SEC announced that they were going to ban the usage and promotion of crypto as a payment tool starting from April 1st. However, the local businesses will have until the end of April to fully comply with the new regulations.

The announcement stated that this decision was made after long discussions held between the SEC and the Bank of Thailand (BOT). Both institutions shared the same worries that the volatility and risk of cyber-attacks and money laundering could affect the stability of the financial system. The declaration stated:

“The Bank of Thailand (BOT) and the Securities and Exchange Commission (SEC) have discussed the benefits and risks of digital assets. and saw the need to regulate and control the use of digital assets as a medium for payment of goods and services because it may affect the stability of the financial system and the overall economy.”

It further elaborated on both institutions’ concerns by stating:

“Cryptocurrencies include risks to people and businesses such as the risk of loss of value caused by price volatility, risk of cyber ​​theft, personal data leakage or being used as a tool for money laundering.”

That being said, the announcement also specifically mentioned that this ban did not prevent the usage of cryptocurrencies as investments tools. In addition, the BOC also noted that it will hold a separate briefing on regulatory guidelines for banks’ digital asset businesses later today.

Other members of the Association of Southeast Asian Nations (ASEAN) have also announced similar restrictions in recent years. Even in countries where Bitcoin is widespread, the central banks do not accept crypto payments. Commenting on the new rule, the secretary-general of the Thai Digital Asset Association Nares Laopannarai said:

“The latest announcement from the BoT has put big companies under pressure, including those that announced major investments in crypto mining — particularly at a time when Bitcoin’s price crashed.”

Terdsak Thaweethiratham, an analyst at Asia Plus Securities, explained the predicament this new rule created by saying:

“We cannot avoid the BoT move as it is the duty of the central bank to regulate to cut risk and maintain the country’s financial stability. At the same time, we cannot avoid the incoming financial technology disruption and the use of blockchain and Bitcoin.”

He finished his words by saying:

“So we just hope the rules are flexible and fair to all market players.”

Overall, Thailand claims that they are a pro-crypto nation. However, their constantly changing regulations and the recent band indicate otherwise.

The Thai public, on the other hand, has no doubts about crypto. According to Bloomberg’s recently published study, Thailand is a very crypto-active country. Numbers show that as of January 2022, citizens’ value of digital assets showed a 1093% increase from $285 million (9.6 billion baht) to $3.4 billion (114.5 billion baht). The BOT is also on course to release its CBDC pilot project in the fourth quarter.

The post Thailand bans crypto payments as of April 1 appeared first on CryptoSlate.

Is a Coinbase One subscription worth the investment?