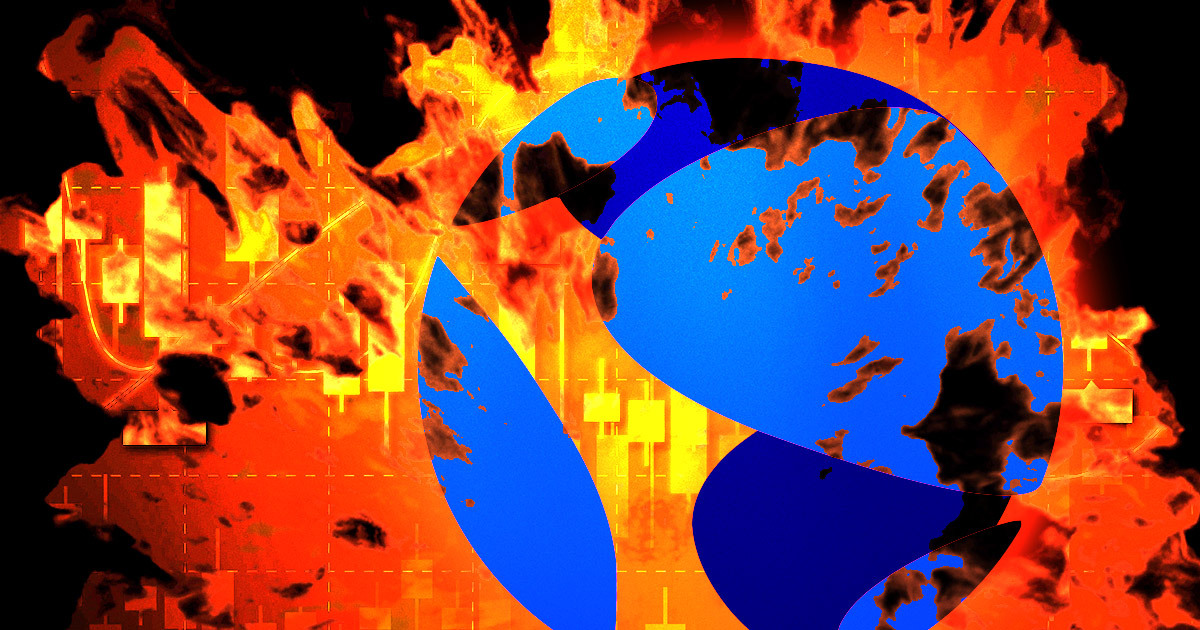 Terra Classic community approved proposal 5234, which reduces 1.2% tax burn to 0.2% and reserves another 10% tax revenue for the ecosystem infrastructure and contributors.

According to a LUNC developer, 83% of the community participated in the voting process, and the proposal was approved by 82% of yes votes. The new tax rate will take effect with epoch 98, which will be reached around 12:50 UTC on Oct. 19, based on the current block rates.

This was a community proposal brought forward by community members which passed governance!

@kucoincom voted for the first time

We are decentralized, I encourage everyone to start discussions and take action!

The authors of the 1.2% tax burn proposal also approved the proposal to reduce the tax burn. Proposal 5234 was approved by influential community members like KuCoin, Alex Forshaw, and community influencer Classy Crypto.

Edward Kim, who was one of the co-authors of the 1.2% tax burn proposal, published an article on his medium account to explain the benefits of reducing the tax burn to 0.2% and the necessity of collecting the 10% tax revenue for the ecosystem

He explained that the 10% tax revenue is “Seigniorage,” which is calculated by extracting the cost of acquiring collateral from the newly minted currency.

“At the end of the epoch, all of the burned tokens are immediately re-minted and then immediately burned again. This means that even though the reward weight might be set to 0.9 or 90% burned, it will seemingly function as a setting of 100% burns during the week and then mint 10% of that burn back.”

Did Binance play a role?

Leading exchange Binance had trouble deciding whether to apply the initial 1.2% tax burn. At first, it announced there would be no tax burning

Then, after an AMA session on Sept. 23, Binance CEO Changpeng Zhao (CZ)decided to add an opt-in button to allow LUNC community members who want to apply the burn to do so. Soon after, CZ realized that the opt-in plan was too detailed to imply and announced that Binance would apply the 1.2% tax burn on all trades.

In another AMA session held recently, CZ asked the LUNC community to reduce the tax burn since Binance single-handedly burned about 11 billion LUNC tokens since its decision to apply the 1.2%  tax burn.

After proposal 5234 was passed, community member Akujiro posted another tweet tagging Binance and CZ, saying that the community heard what he said.

We listened to CZs AMA and took his advice to heart!
The community followed and now we need an answer:

In response, Binance announced to its users that the new 0.2% LUNC tax burn will be implied with epoch 98.