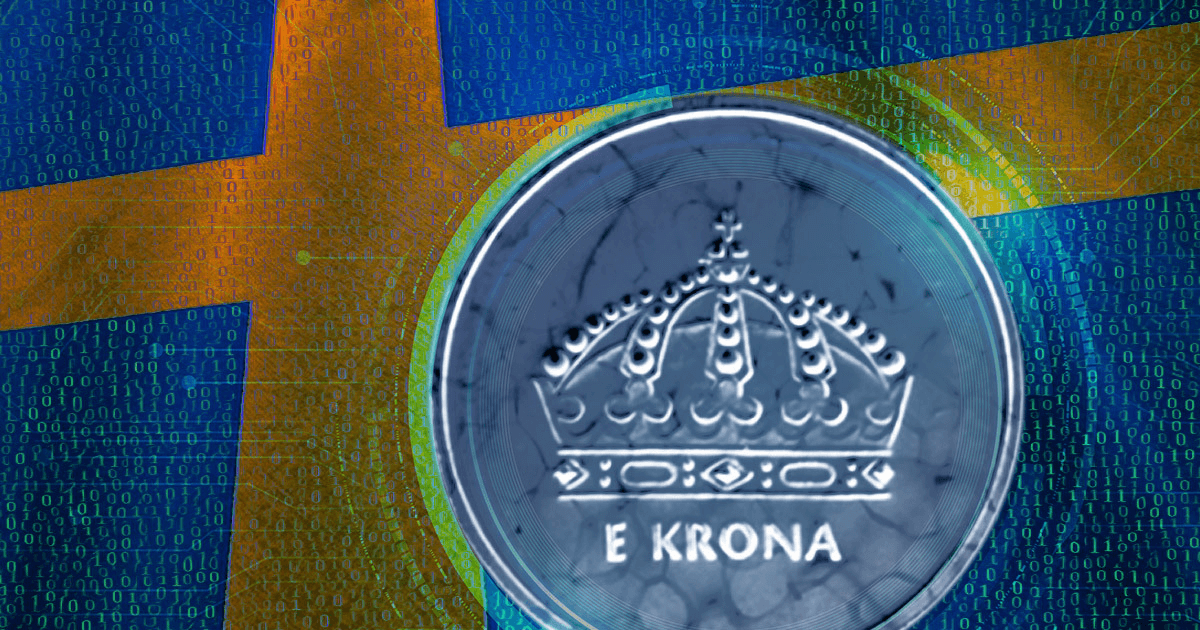 Sveriges Riksbank, Sweden’s central bank, said its second phase of testing CBDCs has proven that it would be possible to integrate a state-backed digital currency into the current banking system.

The integration would enable the banks’ clients to exchange funds in their bank accounts into e-krona and vice-versa.

As far as the experimenting and testing phase went, Riksbank aimed to test whether e-krona might function offline, assess the adequacy of the offline solution, and determine how to integrate banks and other payment service providers into the e-krona network. For the last part of the trials, Riksbank teamed up with Handelsbanken and Tietoevry.

Additionally, these tests determine that it would be possible to transact through e-krona offline. However, offline transactions come with risks that the central bank would need to manage should it decide to embrace a similar solution.

After investigating legal questions regarding the status of a potential e-krona, Riksbank concluded that it could be deemed an electric form of cash.

Despite the above developments, Riksbank said the pilot project only seeks to increase its knowledge of how to design a functional e-krona. To this end, the central bank asserted that it has not decided whether to issue e-krona or the technical solution and legal framework it would run on.

The e-krona pilot project is now entering the third phase, which will focus on investigating the requirements of a future e-krona, among other issues. With these steps, Sweden is getting closer to launching its CBDC.

According to CBDCTracker, only two countries have launched CBDCs thus far. These are Nigeria and the Bahamas. At the moment, China’s central bank remains closest to launching its CBDC, e-CNY, after conducting numerous trials in major cities last year.

The People’s Bank of China (PBoC) continues pushing ahead with its plans to issue e-CNY at full speed. Earlier this year, the central bank rolled out pilot versions of e-CYN wallets for iOS and Android platforms.

Despite this progress, PBoC has not yet announced when it intends to launch e-CNY.

The post Swedish central bank says it will be possible to integrate e-krona into banking systems appeared first on CryptoSlate.

The next big thing in crypto? – Cointelegraph Magazine