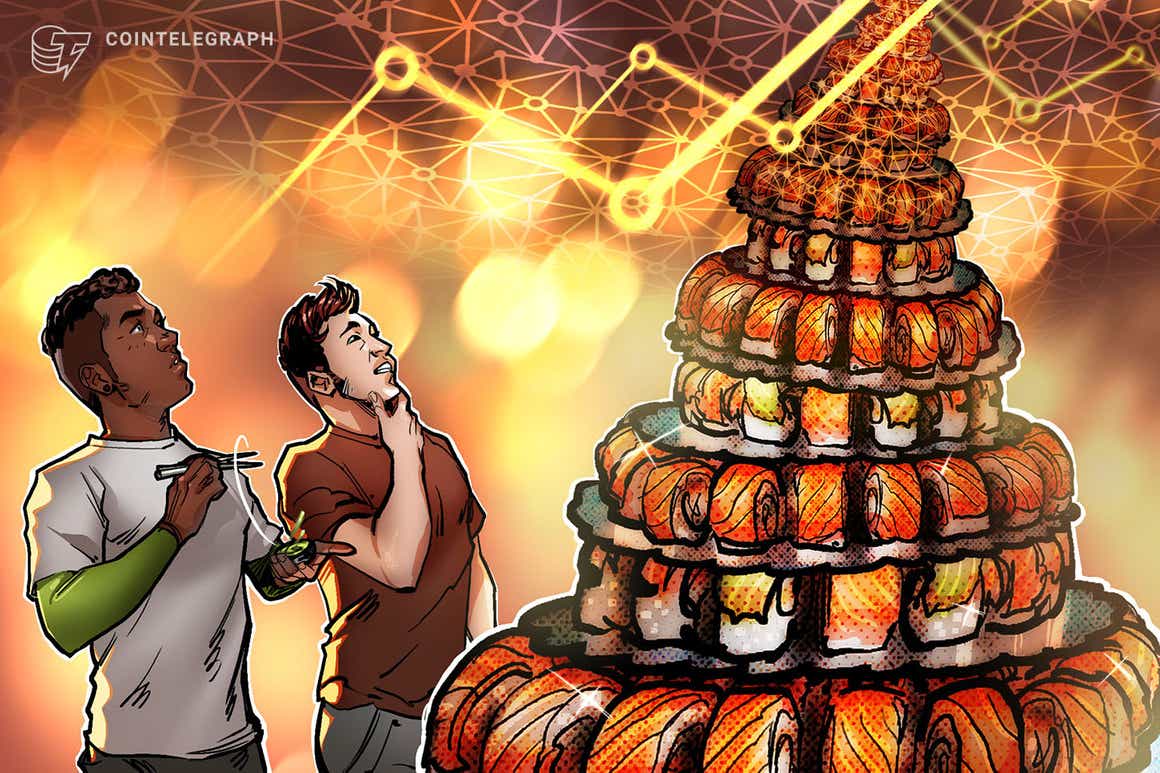 SushiSwap (SUSHI), a community-led suite of decentralized finance (DeFi) tools, plans to implement a legal structure aimed at mitigating risks for token holders and members of the Sushi protocol.

Sushi’s new legal structure will be based on a community-approved proposal from Mar. 20 that cited the need for an association or foundation to help provide legal clarity and administrative support for SushiDAO.

To form an association or a foundation for Sushi DAO in order to provide clarity regarding the rights and obligations of token holders and contributors and limit their liability and mitigate the future risk.$SUSHI https://t.co/SHpKcpvjqP

According to the proposer and a member of the SushiSwap community, Tangle, the intended foundation will play a key role in limiting the liability for contributors and, as a result, drive Sushi’s future growth.

Considering the possibility of risk mitigation and liability limitation via legal clarity for holders and contributors, the proposal received a 100% vote for the implementation of the legal structure.

“There are several jurisdictions which can be contemplated for forming a DAO entity, but Swiss Association law is currently the leading solution.”

In order to build the foundation, the Sushi community will implement a four-step process, which includes determining and establishing the members, token distribution and transfer along with the draft articles of the foundation.

The proposal also includes the need for service entities including “DevCo services entity and any other core contributor entities.” Individuals residing in crypto-friendly jurisdictions will be considered ideal candidates for being a member of the foundation.

Adding to the discussion, community members highlighted the importance of defining the foundation’s use and what it owns:

“It’s definitely a must, it’s really the time for Sushi to update itself and to have a legal shield ready for all contributors.”

Related: Dogecoin Foundation registers name and logos as trademarked within in the EU

As smaller crypto communities slowly seep into the mainstream, foundations play a crucial role in dictating the future roadmap and relevance of the project. In an attempt to sieve imitators, the Dogecoin Foundation registered “Doge,” “Dogecoin,” and its associated logos as trademarks in the European Union.

Much success.
It’s a small victory that seems so very irrelevant given all that’s currently happening in the world, but it’s an important step.

As Cointelegraph reported, the Dogecoin Foundation faced numerous issues with the misuse of its name and imagery. According to ex-director Ross Nicoll, several parties were registering trademarks for Dogecoin, and “in the summer of 2021, there was a potential lawsuit against the developers from someone who claimed we were responsible for their funds.”

3 strategies investors might use to trade the upcoming Ethereum Merge