Stablecoin regulations: Where we are, and where we’re headed 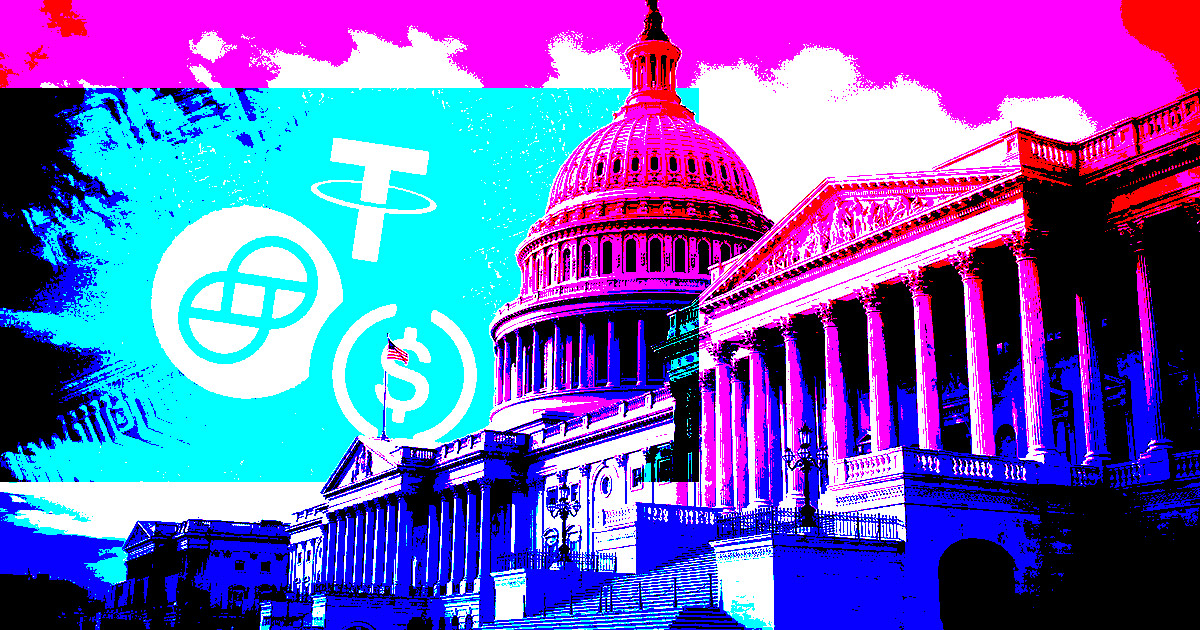 In the early crypto era, when only few knew of any cryptocurrency outside of Bitcoin, it was under a constant deluge of criticism. Charlie Munger, the Vice Chairman of Berkshire Hathaway, summed up the attacks this May by describing Bitcoin as “disgusting and contrary to the interests of civilization”. Yet, remaining undeterred, Bitcoin powered through, steadily penetrating mainstream finance through its own merit.

During 2020, an entirely new crypto dynamic emerged in the form of Decentralized Finance (DeFi), on the back of smart contracts. Ethereum was the first to start recreating the non-mediated financial sector, growing from under $1 billion to over $158 billion in less than two years.

However, even before 2020, JPMorgan Chase first called out the emerging threat. The world’s largest bank noted that Bitcoin’s disruptive potential goes side-by-side with smart contract platforms back in February 2018.

“Both financial institutions and their non-banking competitors face the risk that payment processing and other services could be disrupted by technologies, such as cryptocurrencies, that require no intermediation.”

Now that crypto-mainstreaming is coming into sharper focus with hundreds of billions backing it up, we can expect to see a heavier regulatory hand. Jamie Dimon, the CEO of JPMorgan, once again foretold this in November 2021.

Based on the prevailing regulatory winds, here is what Finance 2.0 can expect going forward into 2022 and beyond.

Stablecoins to Remain as the Prime Regulatory Target

Ever since Tether Limited launched the Tether (USDT) stablecoin in 2014, nothing was the same for crypto trading. Although there is some doubt on Tether’s collateralization, the theory behind stablecoins is simple. Because they are backed by assets equal in value to USD on a 1:1 ratio, they can be redeemed for USD from the reserve.

Effectively, stablecoins are digital wrappers for fiat currency, in a similar manner to the way Wrapped Bitcoin (WBTC) is a digital wrapper for BTC on non-Bitcoin blockchain platforms like Ethereum. While this stability provided by a global reserve currency like the USD is exceedingly useful for trading and online wealth storage, it also provides a potential vulnerability.

Governments are starting to view stablecoins as an entry point into disruptive DeFi, but without the constraints, commercial banks have to follow to handle fiat money. 2021 was an especially explosive year for stablecoins, having grown by 400% to a $150 billion market cap.

From the growing popularity of stablecoins, two primary questions arise. First, if there is a bank run, do they have enough liquid reserves (or legitimate reserves in the first place) to meet the withdrawal demand? Second, because stablecoins already fulfill the role of digital currency, but privately, where does that place CBDCs – Central Bank Digital Currencies?

Moreover, because stablecoins are not registered as bank deposits, both the Federal Reserve and the Office of the Comptroller of the Currency have limited tools to track them. In the United States, the stablecoin industry is on course to be regulated via the President’s Working Group (PWG) on Financial Markets, composed of the SEC, CFTC, the Treasury Department and the Federal Reserve.

The group issued a report on November 1, calling for stablecoin issuers to be regulated based on three principles:

In other words, stablecoin issuers should get the same treatment as commercial banks. However, between these federal overseers, there is no unified stance. Gary Gensler, the SEC Chair, called for stablecoins to be registered as securities if they are backed by securities reserves.

In contrast, Teana Baker-Taylor, chief policy officer for the Chamber of Digital Commerce, dismissed the regulatory course delivered by the report. She doesn’t consider stablecoins to be securities nor should they be regulated as banks, but as payment processors. She says,

“But we believe that stablecoin payment systems should be regulated in the same way that other retail-focused digital payment businesses are regulated, according to the principle of same activity, same risk, same regulation.”

It seems this attitude has bipartisan support. Both Rep. Jim Himes (D-Conn.) and Rep. Tom Emmer (R-Minn.) have stated that placing stablecoins under a banking umbrella would be an overkill that would demolish American competitiveness. Instead, common terms like commodity, currency, and security should receive more legislative attention to include digital assets, as the foundation for a lighter regulatory approach.

While there is a reason to remain optimistic in the US, an Indian Cryptocurrency and Regulation of Official Digital Currency Bill aims to ban all private cryptocurrencies. Indian Prime Minister Narendra Modi issued a very peculiar statement on this bill:

“Take cryptocurrency or Bitcoin for example. It is important that all nations work together on this and ensure it does not end up in the wrong hands, which can spoil our youth.”

Likewise, the Reserve Bank of India (RBI) called for a complete crypto ban on December 17th, as detailed during its presentation to board members. It seems such blanket bans go hand-in-hand with another provision of the bill – a framework for creating India’s own digital currency issued by the RBI.

However, even in its current state, the bill would allow for crypto exceptions if they promote the underlying technology to be used in the public sector.

In the meantime, the UK’s FCA still stands behind its ban to market, distribute and sell crypto-derivatives to retail customers. In more recent news, the Bank of England (BoE), called for international crypto rules to be enforced because no country can do it alone.

Specifically, Sarah Breeden, the BoE’s executive director for financial stability strategy and risk, noted in an interview with the Times that it is difficult for central banks to track the digital assets of institutional investors. However, the BoE’s Financial Stability Report doesn’t view crypto assets as introducing monetary risk just yet. Even so, due to crypto volatility, the report calls for the creation of a new global regulatory framework while maintaining sustainable innovation.

Brazil is ahead of the crypto game, closing in on El Salvador. New laws are being drafted which, if implemented, would make some workers eligible to receive payments in Bitcoin, effectively equalizing BTC as legal tender. On a smaller scale, this already happened in some American cities. Case in point, Francis Suarez, mayor of Miami, tweeted he would accept a paycheck entirely in BTC.

EU: The Most Advanced Crypto Approach

In the European Union, in charge of harmonizing the crypto framework across all 27 member-states, is the regulation on Markets in Crypto Assets (MiCA). The organization has produced a 168-page report which wields a precise regulatory knife, to the point of discerning different types of stablecoins. For instance, MiCA views algorithmic stablecoins like MakerDAO differently than regular ones backed by fiat. As such, they will be required to have a regulated custodian.

How this can work if smart contracts govern MakerDAO is another matter. Nonetheless, MiCA’s core requirement is that all stablecoin issuers have an immediately available $400,000 or 2% of their total reserve assets. Additionally, those stablecoin issuers over $1 billion market cap will be subjected to a 3% backup.

Furthermore, the proposed MiCA rules aim to restrict stablecoin usage within 27-nation states so as to not endanger monetary policies, nor the upcoming digital euro. With that said, the EU’s stance on digital assets is generally positive. With new rules, a crypto firm within one state would be able to operate within the entire Euro-zone.

In summary, there is a clear trend toward regulating stablecoins and preparing the groundwork for CBDCs. In this context, central banks and governments view crypto assets, including stablecoins, as something that needs to be transparent – and tracked. Otherwise, they stand apart from the new monetary system slowly being put together, with the potential to introduce instability.

This is what the constant refrain of “financial stability” means, referring to central banking’s grandest tool yet – CBDCs. From this follows the drive to make all crypto assets more transparent.

Interestingly though, the US, as the holder of the world’s global reserve currency, has largely been quiet when it comes to any practical CBDC implementation. In this light, it could be more likely that a decentralized conglomerate of stablecoin issuers will take up this role, with agencies relying on legislation to prevent them from growing too big for comfort.

The post Stablecoin regulations: Where we are, and where we’re headed appeared first on CryptoSlate.

How to store crypto in 2022, explained