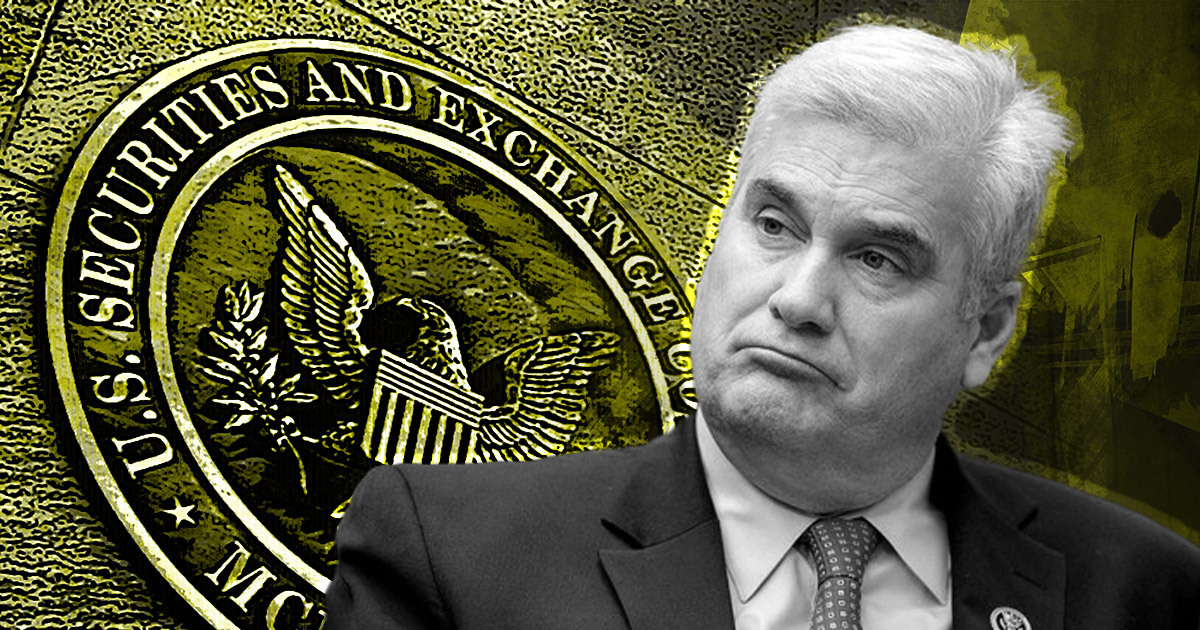 US lawmaker Tom Emmer has accused the Security and Exchange Commission (SEC) of “cracking  down on companies outside its jurisdiction.”

The SEC Director of Enforcement admits the SEC is cracking down on companies outside its jurisdiction. Absolutely unacceptable. pic.twitter.com/wRQU54Ov6v

In a subcommittee hearing on Investor Protection held on July 19, SEC’s Director of Enforcement, Gurbir Grewal, admitted that the commission routinely operated outside of its jurisdiction.

Senator Emmer questioned how the SEC would react to a crypto company not answering an industry sweep letter from the commission.

A sweep letter requests companies to provide information for the regulator voluntarily.

Director Grewal responded that the regulator might “proceed with a subpoena, and then a subpoena enforcement action.”

According to Grewal, SEC is not limited by “jurisdiction when we’re collecting evidence. We follow the evidence wherever it leads us.”

Grewal’s statement elicited a biting response from Emmer, who said the commission was using its Enforcement division to expand its jurisdiction.

Per Emmer, the SEC is not interested in clarifying whether crypto falls under its jurisdiction, as seen with the dissolution of FinHub –a SEC division focused on crafting crypto regulations.

Instead, the SEC under Gary Gensler is “hellbent on expanding the size of its crypto enforcement division using enforcement to unconstitutionally expand its jurisdiction.”

Emmer continued that the SEC was “politicizing regulations, baiting companies to ‘come in and talk’ to the Commission, then hitting them with enforcement actions,” thereby “discouraging good-faith cooperation.”

The SEC has drawn criticisms for its approach to crypto regulation.

According to Peirce, one-off enforcement actions are not the right way to build a framework for the industry.

Apart from that, several industry players have also criticized the regulator’s regulation by enforcement tactics.