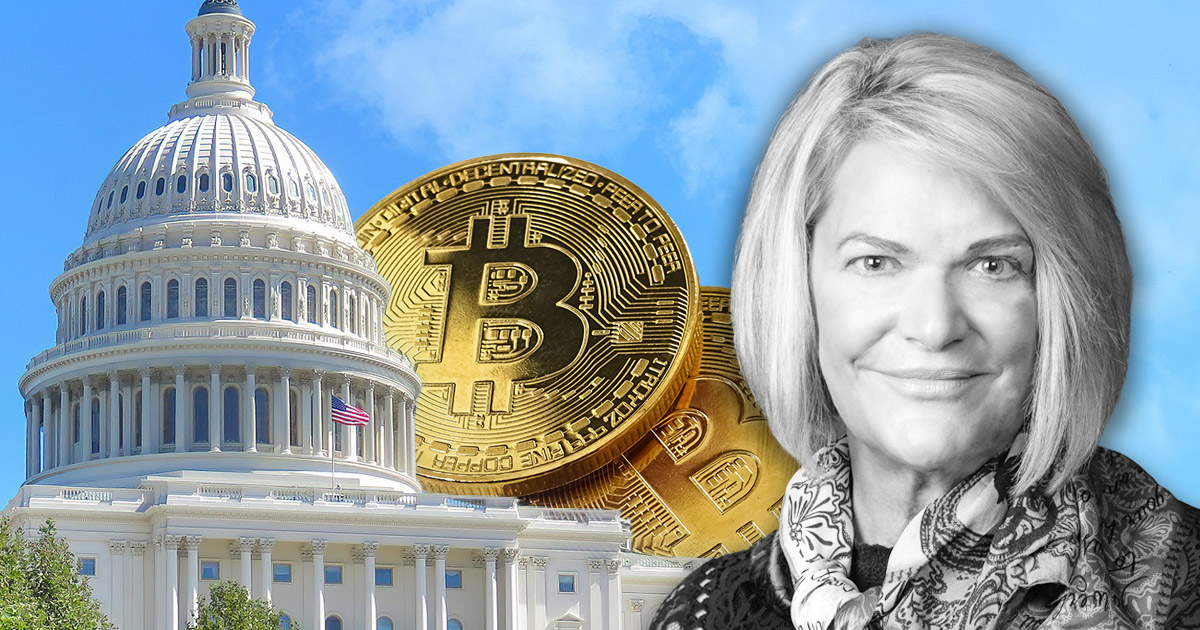 The bill would cover everything from stablecoins to taxes and introduce a new regulatory body tasked with overseeing the crypto market.

Integrating Bitcoin into the US financial system

The Republican senator from Wyoming has a vision for the future of the US financial system, which includes the dollar existing side by side with cryptocurrencies. One of the crypto industry’s staunchest supporters, Cynthia Lummis plans on achieving this through a comprehensive digital policy bill she’ll propose to Congress next year.

According to a senior aide in Lummis’ office, the senator wants “nothing short of full normalization” for digital assets in the US.

Former Chancellor says UK is falling behind on crypto…

Her upcoming bill will reportedly cover everything from stablecoins to taxes and include extensive consumer protection provisions to satisfy existing market regulators.

Aside from that, the bill will also propose establishing a new watchdog tasked with overseeing the cryptocurrency market. The new regulatory body would be under the joint jurisdiction of the Commodity Futures Trading Commission (CFTC) and the Securities and Exchange Commission (SEC).

And while many of these issues are already regulated in the US, the laws apply only at the state level and the country lacks a unifying federal law.

While this wouldn’t be the first time Congress debated a bill focused on digital assets, Lummis’ bill is the first proposed policy not looking to shackle the crypto industry. Earlier this year, Congress approved President Joe Biden’s infrastructure bill, which included a controversial clause that would require cryptocurrency miners to register as broker-dealers. At the time, Senator Ted Cruz argued that the provision would inflict billions of dollars of damage on the crypto industry.

In October this year, Senator Lummis attempted to add an amendment to the infrastructure bill that would limit the problematically broad definition of who qualifies as a crypto broker.

The post Senator Cynthia Lummis set to introduce a new crypto bill in next year appeared first on CryptoSlate.