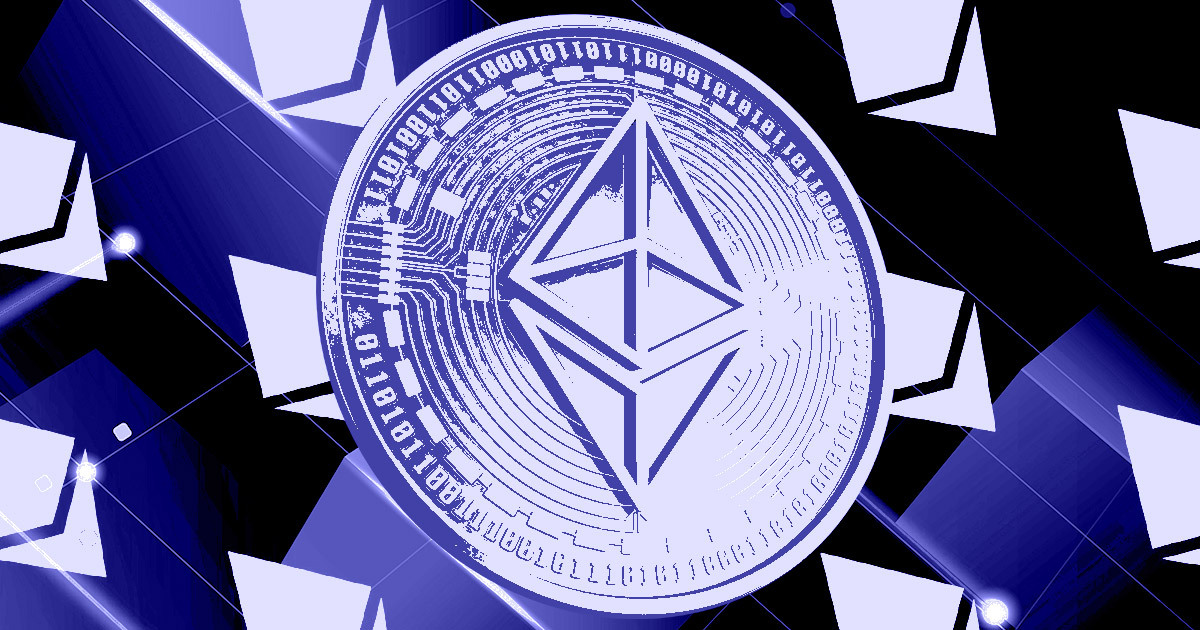 Two addresses have processed over 45% of Ethereum (ETH) transactions since the blockchain network completed its transition to a proof-of-stake (PoS) consensus mechanism, according to Santiment data.

According to our #Ethereum Post Merge Inflation dashboard, 46.15% of the #proofofstake nodes for storing data, processing transactions, and adding new #blockchain blocks can be attributed to just two addresses. This heavy dominance by these addresses is something to watch. pic.twitter.com/KQdFNgGloD

The market intelligence platform’s post-merge inflation dashboard showed that 46.15% of the “nodes for storing data, processing transactions, and adding new blockchain blocks can be attributed to just two addresses.”

Santiment stated that the dominance of the two addresses responsible for over 45% of the validated blocks is “something to watch.”

Members of the crypto community have begun to raise concerns about Ethereum’s decentralization based on Santiment’s data.

JPM/Banking complex HAS THE NETWORK (they don’t need Metcalfe’s Law to take effect, they’re already there – think MySpace) and through ETH, are trying to sell the mother of all fake narrative that ETH is a decentralized tech – while having ownership of metamask, quorum, etc.

Meanwhile, a user criticized Santiment’s comments stating that the addresses are flashbot relays made up of thousands of validators using one relayer. Thus, it’s possible that these addresses are just relayer addresses and not sole validators.

What a lazy article. These are flashbot relay’s. Relays are made up of tens of thousands of people or in other words validators but because its 1 relayer, it shows up as 1 proposer of blocks on the network

Before the merge, several stakeholders in the industry repeatedly addressed centralization concerns within the space. Five entities control over 64% of staked Ethereum, and three of them are centralized exchanges. The decentralized staking platform, Lido (LDO) DAO alone, controls 31%.

The wallets belong to Coinbase and Lido

In a separate tweet, Gnosis co-founder Martin Köppelmann revealed that the two wallets belonged to Lido and Coinbase.

Köppelmann further tweeted that the top 7 entities control two-thirds of the stake.

top 7 entities controlling >2/3 of the stake is pretty disappointing to see tbh pic.twitter.com/VBipyFUM7g

Should the industry be concerned?

Nodes play an integral role in Ethereum’s staking mechanism as they pledge tokens to get a chance to produce the next transaction blocks.

Though the dominance of the two wallets during the early hours of the merge goes against Ethereum’s decentralization aim, it is not enough to conclude that the PoS network is centralized.

Meanwhile, the merge’s enthusiasm has not translated into a positive price performance for Ethereum. The asset’s value has tanked below the $1500 level after roughly $70 million in long positions were liquidated, according to Coinglass data.

Most of the crypto market is down, but Cosmos (ATOM) price is up — Why?