Research: USDC on track to flip USDT by Q3 to become leading stablecoin 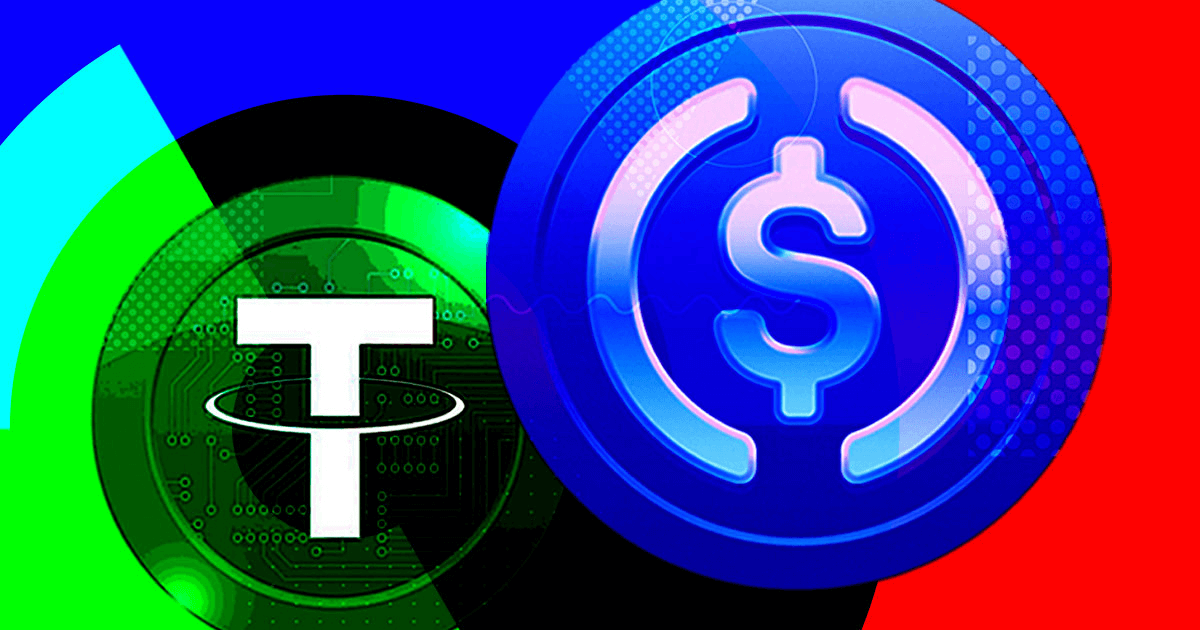 The second biggest stablecoin by market cap, USDC, is expected to overtake USDT, according to analysts at Arcane Research.

The Glassnode chart below shows relatively parallel growth for both tokens from September 2020 onwards. This period was the run-up to the start of the last bull market, as Bitcoin re-reached the previous cycle peak of $20,000 in December 2020.

Considering USDC’s current growth rate of 70% and USDT’s trajectory of decline, Arcane Research analysts expect the “flippening” to occur as soon as October. 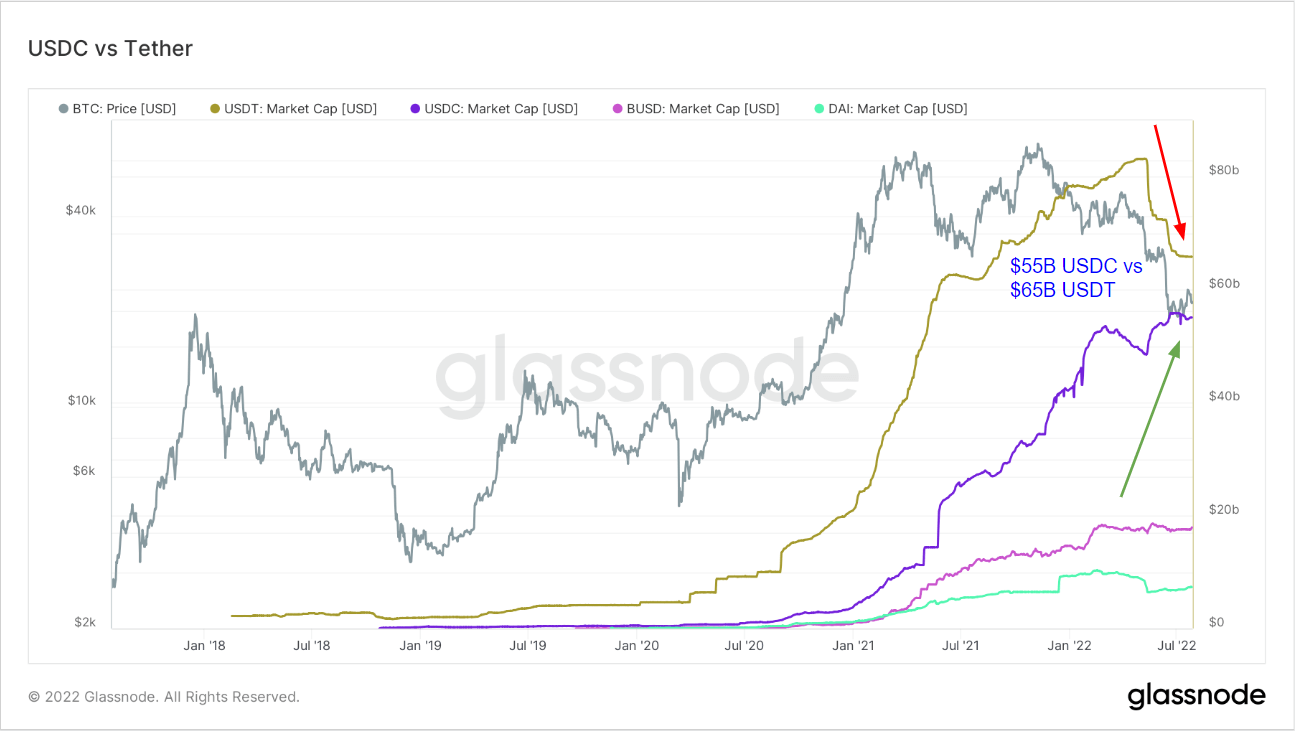 Current market caps for USDT and USDC are $65.9 billion and $54.8 billion, respectively, placing both tokens third and fourth in the CryptoSlate rankings.

Since the Terra implosion in early May, USDT has suffered severe capital outflows as investors cashed out to safety during the market turmoil.

Tether’s market cap peaked at $83.2 billion on May 8, leading to two distinct drop-offs between May 11 and May 28, as well as between June 12 and June 22. Crypto lending platform Celsius announced a pause on withdrawals at around the time of the second drop-off.

Despite converging market caps, USDT trading volume still far exceeds that of USDC. In the last 24 hours, USDT had a trading volume of $67.6 billion, making it the most traded token — during peaks, the trading volume is more than doubles that of second-placed Bitcoin.

Nonetheless, USDC is often considered a “safer” stablecoin offering due to more significant efforts to comply with audits, regulations, and higher transparency standards, especially regarding details of its reserves.

The most recent report showed reserve assets totaling $55,703,500,691, composed of 24% cash held at “regulated financial institutions” and 76% U.S.Treasury Securities. On June 30, the total reserve assets exceeded the circulating supply by just under $134 million.

In response to claims that USDC is struggling amid challenging market conditions, Allaire said the company is in its strongest financial position.

During the Luna/UST implosion in May, USDC and USDT de pegged from the dollar. USDT went down as far as $0.97 and took almost two months to recover its peg to $1, while USDC reclaimed its peg almost immediately — cementing itself as the “more stable” stablecoin for the industry.

The post Research: USDC on track to flip USDT by Q3 to become leading stablecoin appeared first on CryptoSlate.