Research: The Fed will huff and puff and blow your house down as it begins quantitative tightening 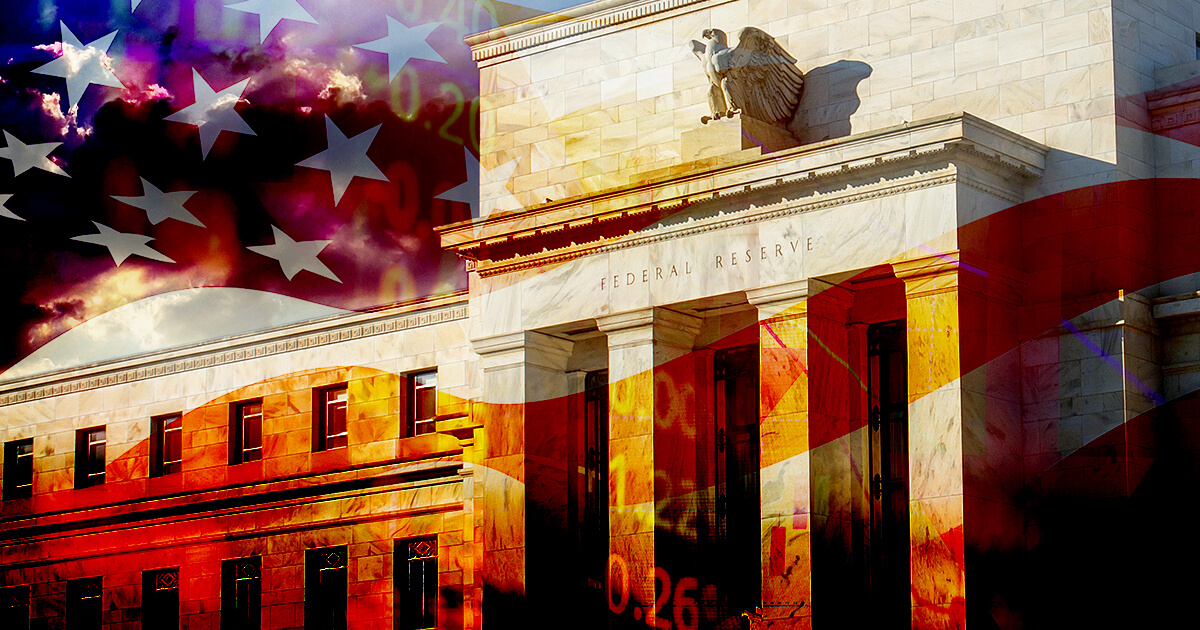 Quantitative easing (QE) has become synonymous with the COVID-19 pandemic as the blowout from the lockdowns stalled the growth of the global economy and threatened to turn into a financial crisis.

None of this, however, managed to deter a financial crisis. Fueled by the ongoing war in Ukraine, the current crisis is slowly gearing up to become a full-blown recession.

To mitigate the consequences of its ineffective QE policies, the Federal Reserve has embarked on a quantitative tightening (QT) spree. Also called balance sheet normalization, QT is a monetary policy that reduces the Fed’s monetary reserves by selling government bonds. Removing Treasurys from its cash balances removes liquidity from the financial market and, in theory, curbs inflation.

In May this year, the Fed announced that it would begin QT and raise the federal funds rate. Between June 2022 and June 2023, the Fed plans on letting around $1 trillion worth of securities mature without reinvestment. Jerome Powell, the Chairman of the Federal Reserve, estimated this would equal one 25-basis-point rate hike in how it would affect the economy. At the time, the cap was set at $30 billion per month for Treasurys and $17.5 billion for mortgage-backed securities (MBS) for the first three months.

However, increasingly worrying inflation has pushed the Fed to double its shrinking pace for September, increasing it from $47.5 billion to $95 billion. This means that we can expect $35 billion in mortgage-based securities to be offloaded in a month. And while the market seems more worried about Treasurys, offloading the mortgage-backed securities could be what actually triggers a recession.

The dangers of the Fed unloading mortgage-backed securities

While mortgage-backed securities (MBS) have been a significant part of the financial market in the U.S. for decades, it wasn’t until the 2007 financial crisis that the general public became aware of this financial instrument.

Following the collapse of the housing market in 2007 and the subsequent financial crisis, MBS became too tainted for private sector investors. To keep interest rates stable and prevent further collapse, the Federal Reserve stepped in as a buyer of last resort and added $1 trillion in MBS to its balance sheet. This continued until 2017 when it started letting some of its mortgage bonds expire.

The 2020 pandemic forced the Fed to go on another buying spree, adding billions in MBS to its portfolio to inject cash into an economy struggling with lockdowns. With inflation now soaring, the Fed is embarking on another offloading spree to keep rising prices at bay.

In addition to allowing them to expire, the Fed is also selling the mortgage-backed securities in its portfolio to private investors. When private investors buy these mortgage bonds, it pulls cash out of the overall economy — and should (at least in theory) help the Fed achieve exactly what it set out to do.

However, the chances of the Fed’s plan actually working are decreasing every day.

While offloading $35 billion in MBS every month might look like it’s curbing inflation in the short term, it could have a detrimental effect on the already struggling housing market.

Since the beginning of the year, mortgage rates have increased from 3% to 5.25%. The jump to 3% from a 2.75% fixed interest rate was enough to raise red flags for many. A jump to 5.25% and the potential to increase even higher means that hundreds of thousands of people could be pushed out of the housing market. The gravity of this problem becomes clearer when looking at it as a percentage increase, and not as an absolute number — interest rates have gone up 75% since the beginning of the year.

With mortgage payments 75% higher, the market could see many people defaulting on their payments and their homes in danger of foreclosure. If mass foreclosures like the ones we’ve seen in 2007 do happen, the U.S. housing market could be flooded with a fresh supply of houses.

Data from the National Association of Homebuilders (NAHB) shows that the monthly supply of single-family homes and condos in the U.S. has been on the rise since 2021. The NAHB Housing Market Index, which rates the relative level of single-family home sales, has been decreasing significantly since the beginning of the year, entering its eighth straight month of decline.

According to data from the National Association of Realtors, housing affordability in the U.S. has reached its 2005 levels, suggesting that housing prices could peak just as they did in 2006.

Redfin and Zillow, the two largest real estate brokerages in the U.S., saw their share price drop 79% and 46% since the beginning of the year. The trouble that’s been brewing in the housing market since last summer shows that the “soft landing” the Fed is trying to achieve with QT will be anything but soft. With more and more market conditions lining up almost perfectly with the conditions seen in 2006, a new housing crisis could be waiting around the corner. In its attempt to stabilize the financial market, the Fed could inadvertently destabilize the housing one.

The effects a housing crisis and a recession could have on the crypto market are hard to predict. Previous market downturns have dragged cryptocurrencies down with them, but the digital asset market managed to recover more quickly than its traditional counterparts.

We could see the crypto market taking another hit in the event of a full-blown recession. However, currency devaluation could push more people to look for alternative “hard assets” — and find what they’re looking for in crypto.

The post Research: The Fed will huff and puff and blow your house down as it begins quantitative tightening appeared first on CryptoSlate.

ETH price outlook for The Merge: Bullish or bearish?