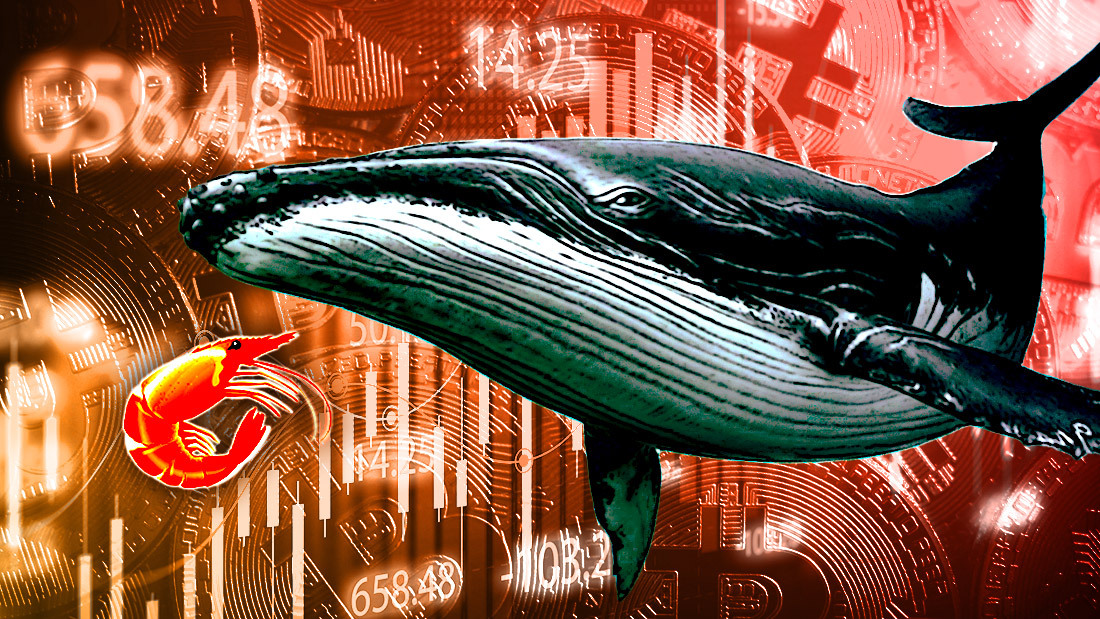 Glassnode’s data has revealed that small, or retail, Bitcoin (BTC) holders are accumulating the flagship digital asset while whales have been dumping their holdings.

Retail holders own less than 10 BTC in their portfolio and are also referred to as “Crabs” or “Shrimps,’ while a whale holds 1000 or more Bitcoin in its portfolio. 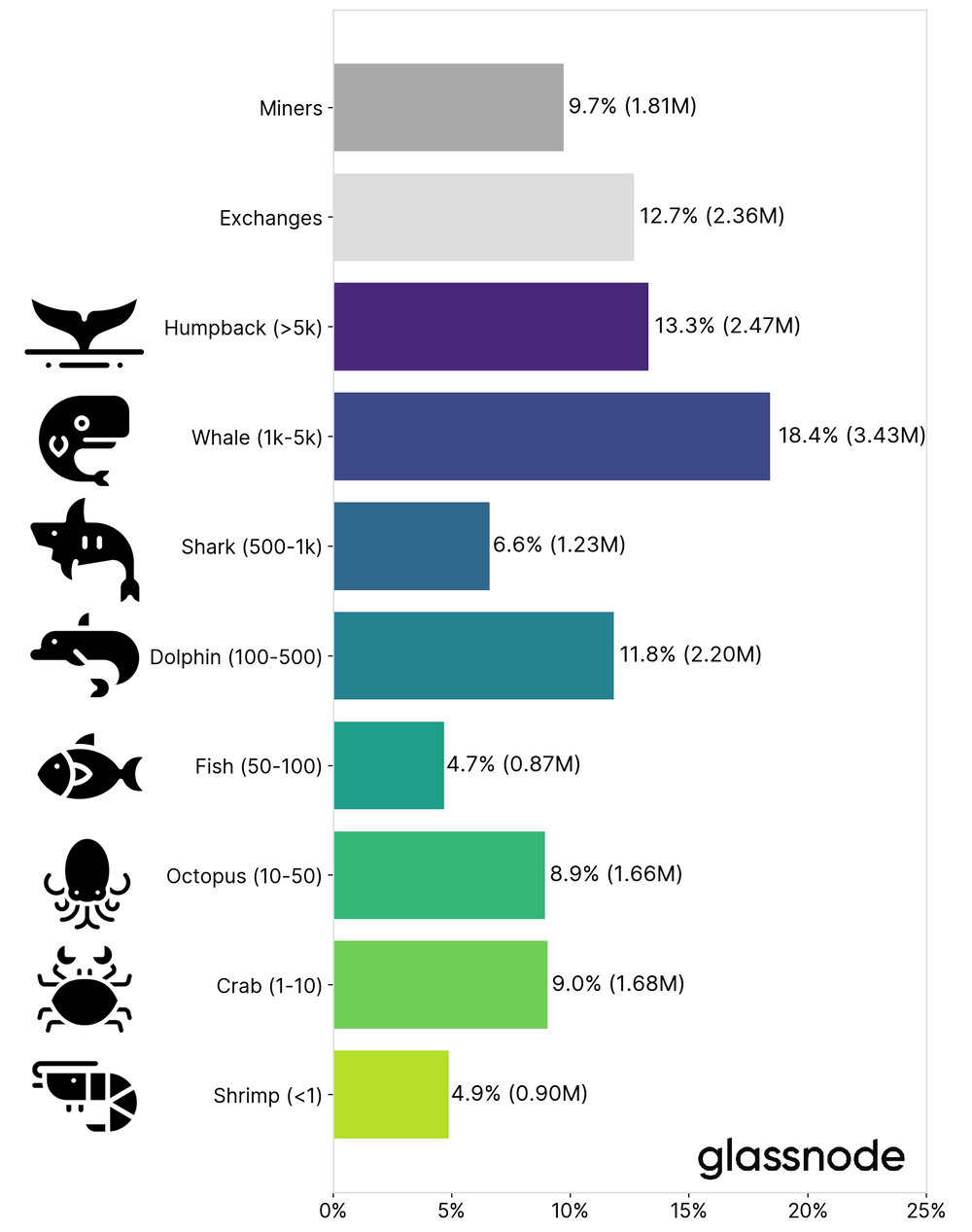 CryptoSlate research found that retail holders’ control of Bitcoin supply grew from 14% to 15.3% during the bear market, with an extra 1.3% unfazed by recent price action.

Reports have indicated that Bitcoin’s crash to the $20,000 range had made the asset “attractive and affordable” to this class of investors and retail holders were buying at the most aggressive rate in the market history at about 60,500 BTC per month. 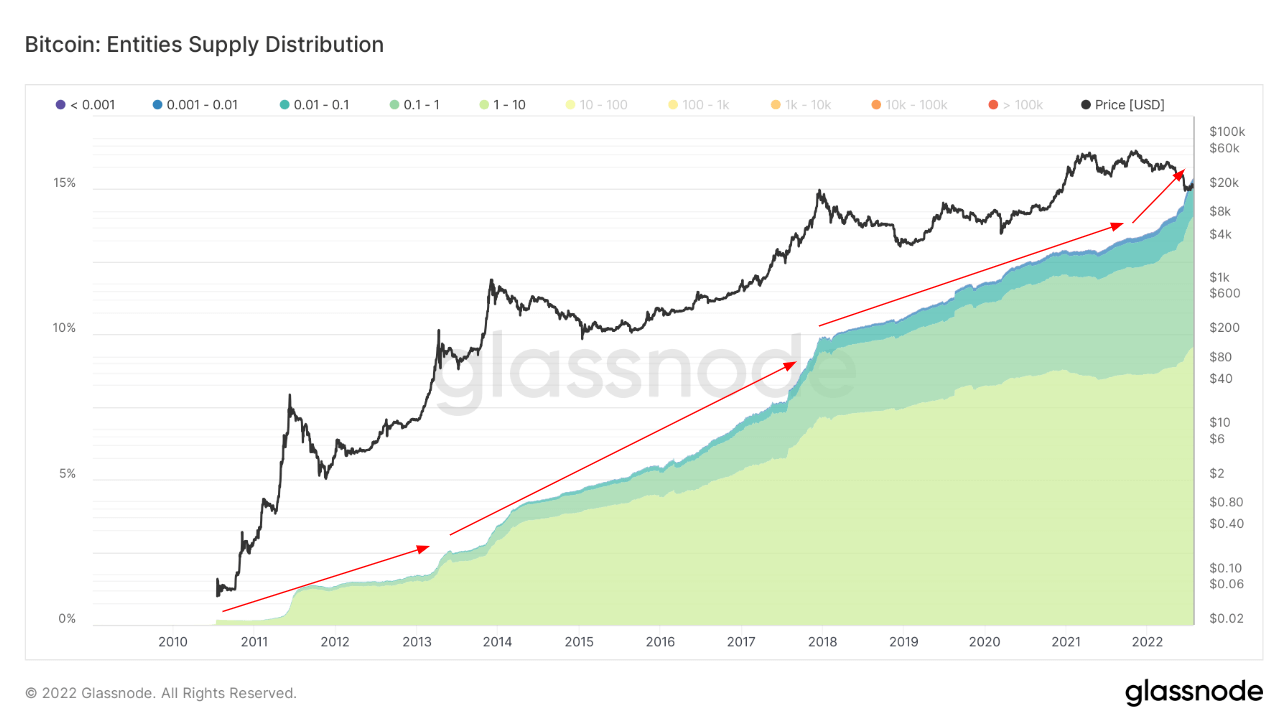 Meanwhile, over Bitcoin’s history, this group has continued to grow and has been the backbone of the asset bottom price formation in bear market cycles.

In recent months, that growth has accelerated, even with the uncertain economic conditions and geopolitical issues plaguing the world. Moreover, the growth is coming at a time when Bitcoin’s price recorded a 66%% drop from its all-time high.

The data shows that retail holders are not only participating but are also contributing to the rapid growth of the network. It also shows that Bitcoin’s adoption continues to grow despite the impact of the bear market.

CryptoSlate research revealed that whales have been dumping Bitcoin since the beginning of the year.

Evidence of this is the recent Arcane research that revealed that institutional investors sold 236,237 BTCs when Terra’s ecosystem crashed. Tesla, a known institutional Bitcoin whale, said that it had sold 75% of its holdings during this period.

A recent tweet from Edris also lent credence to our research that whales have been selling their assets. Edris said, “large entities are now holding their coins at a loss, forcing some of them to sell before a bigger loss is inflicted on their portfolios.”

#Bitcoin whales are selling at a high rate

1. The last phase of a bear market is where even the strongest of hands begin to panic and sell their undervalued #BTC to exit the market as soon as possible.

Despite the sales, whales still hold almost 10 million BTCs, over 4x of what retail holders have.

The graph below shows that if the dumping trend continued, retail investors could overtake whale holders, which would be a net positive for the network as more coins will be fairly distributed and reduce volatility in the long term. 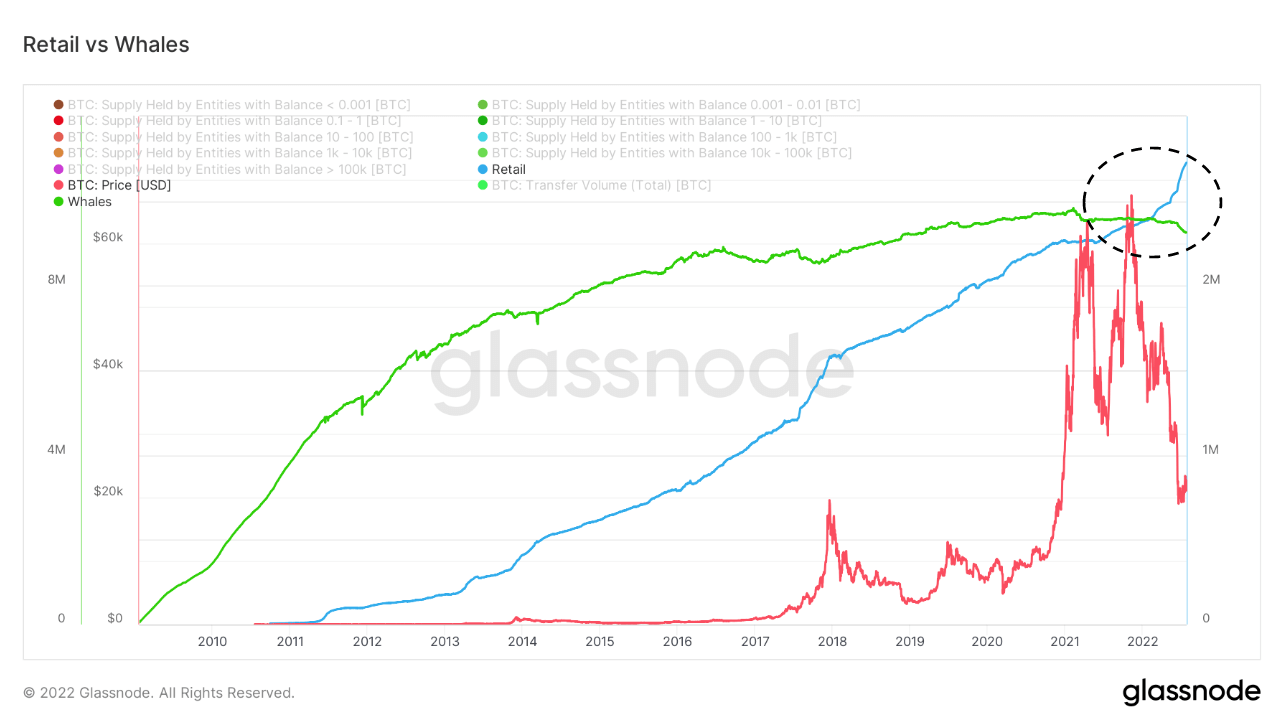 Gibraltar minister says he is collecting Bitcoin for his kids’ future

Will the Bitcoin mining industry collapse? Analysts explain why crisis is really opportunity