Long-term whales that have been holding their Bitcoins (BTC) for more than seven to ten years are selling them again for the first time since the Terra (LUNA) collapse in May, as Spent Volume Age Bands (SVAB) indicate.

Spent Volume Age Bands (SVAB) is a separation of the on-chain transfer volume based on the coins’ age. Each band represents the percentage of the spent volume that was previously moved within the time period denoted in the legend. 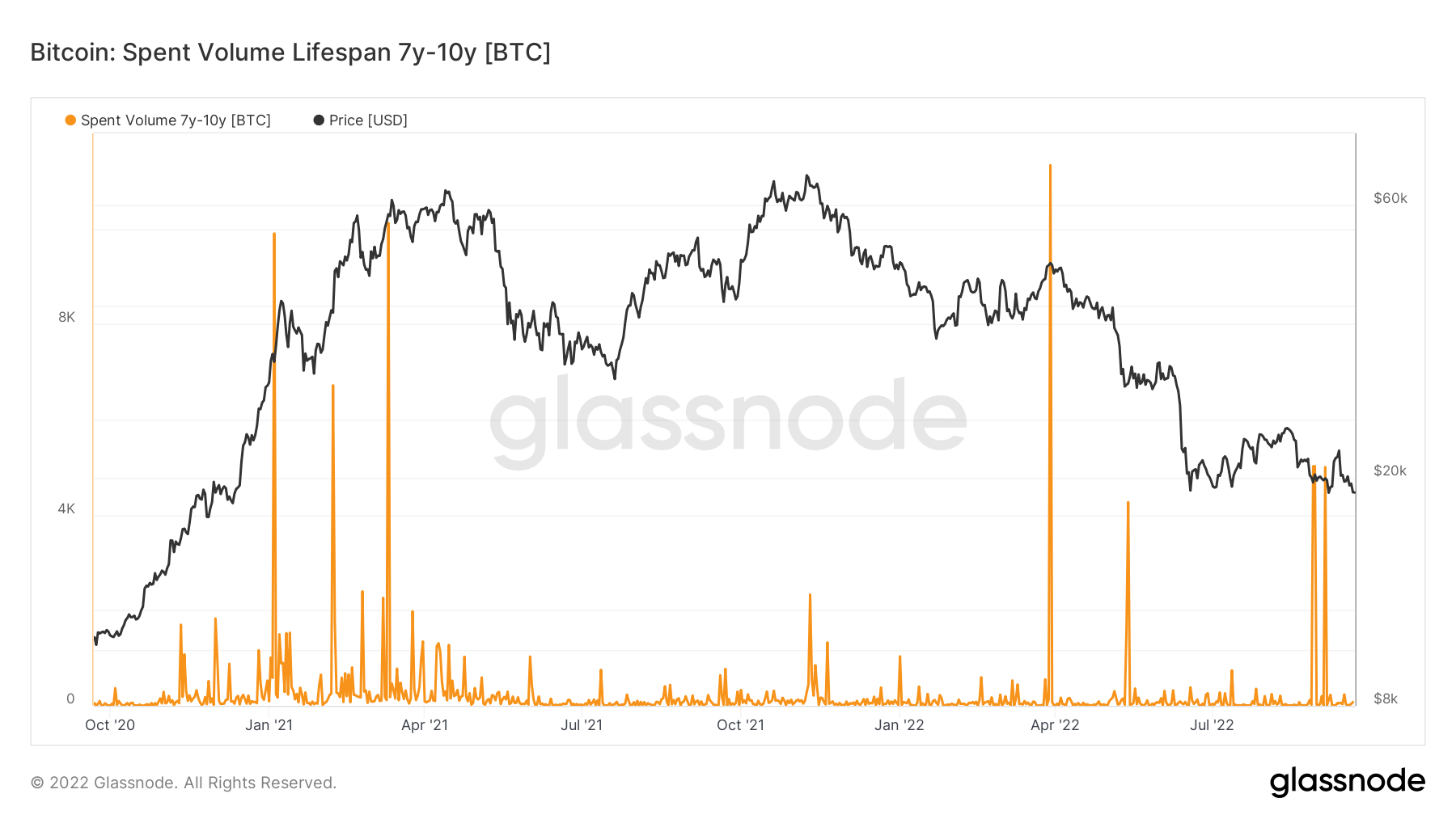 The chart above demonstrates the total transfer volume of coins that were last active between seven and ten years. The chart below, on the other hand, shows the same data for coins that have been stagnant for over ten years. 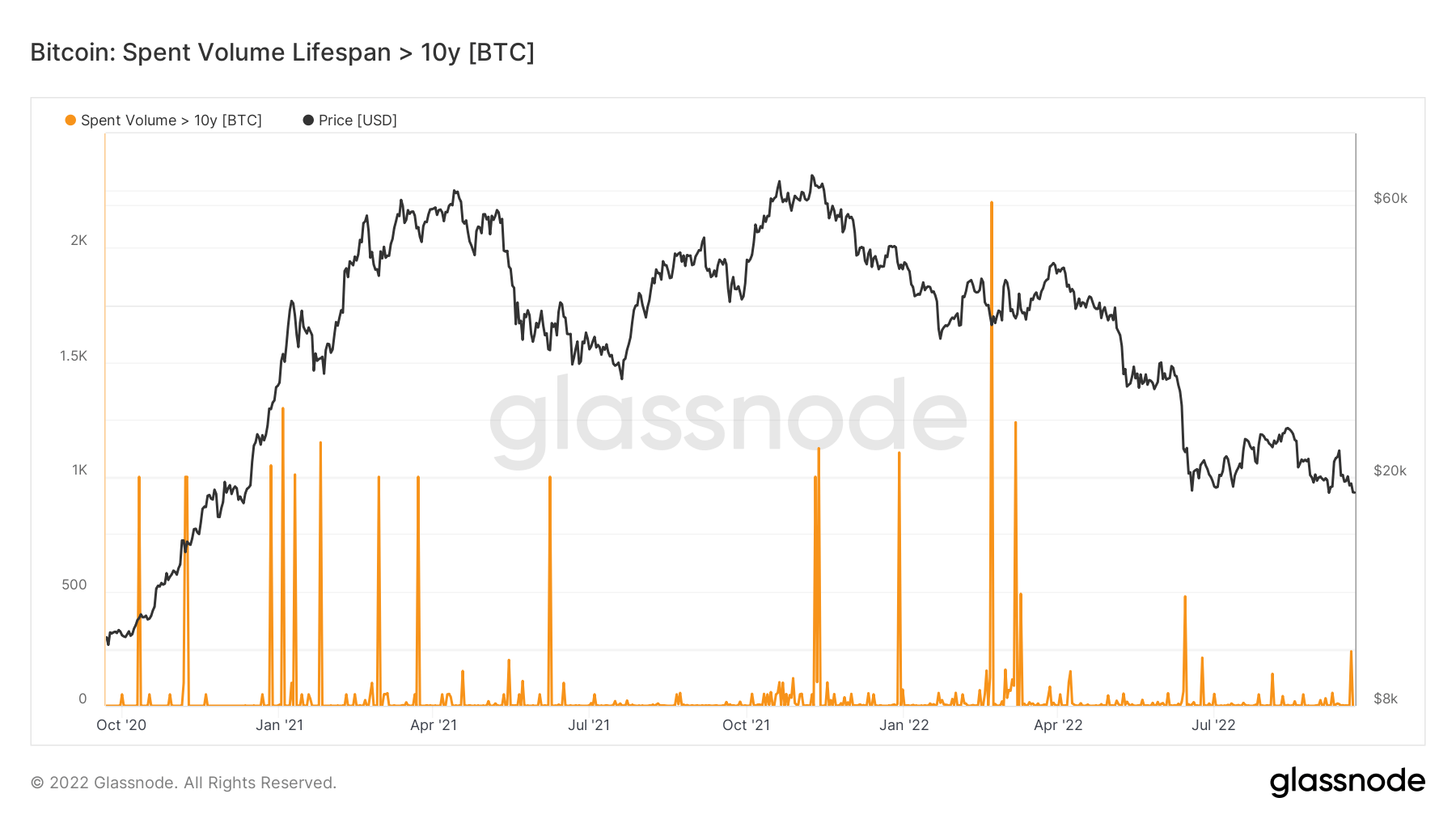 Both charts start from October 2020 and demonstrate the sell-offs on a monthly basis. The effects of the Terra crisis can be seen on both charts, with the spike in spent volumes during May. The same spike can also be seen in September 2022, especially for Bitcoin, which was last moved between seven and ten years ago.

Whales are considered smart money within the Bitcoin ecosystem since they have managed to hold through almost every bear market cycle. In addition, these holders have survived countless blocksize wars and FUD attacks.

Whales that are seven to ten years old recorded their fifth and sixth-highest transaction of the year during September.

Even though whales older than ten years didn’t record annual highs, the chart shows a noticeable increase in the sell-offs. Since whales older than a decade can understand the market cycles better than any cohort, their sell-offs indicate bearish sentiment.

In addition to sell-offs, the numbers also show a decrease in the number of whales.

Individuals who hold at least 1,000 Bitcoins are referred to as whales, and their number has decreased since the peak of the 2021 bull cycle, which took place on January 2021. Even though it was the peak, January was just the beginning of the bull run. Nevertheless, most whales cashed out during January. 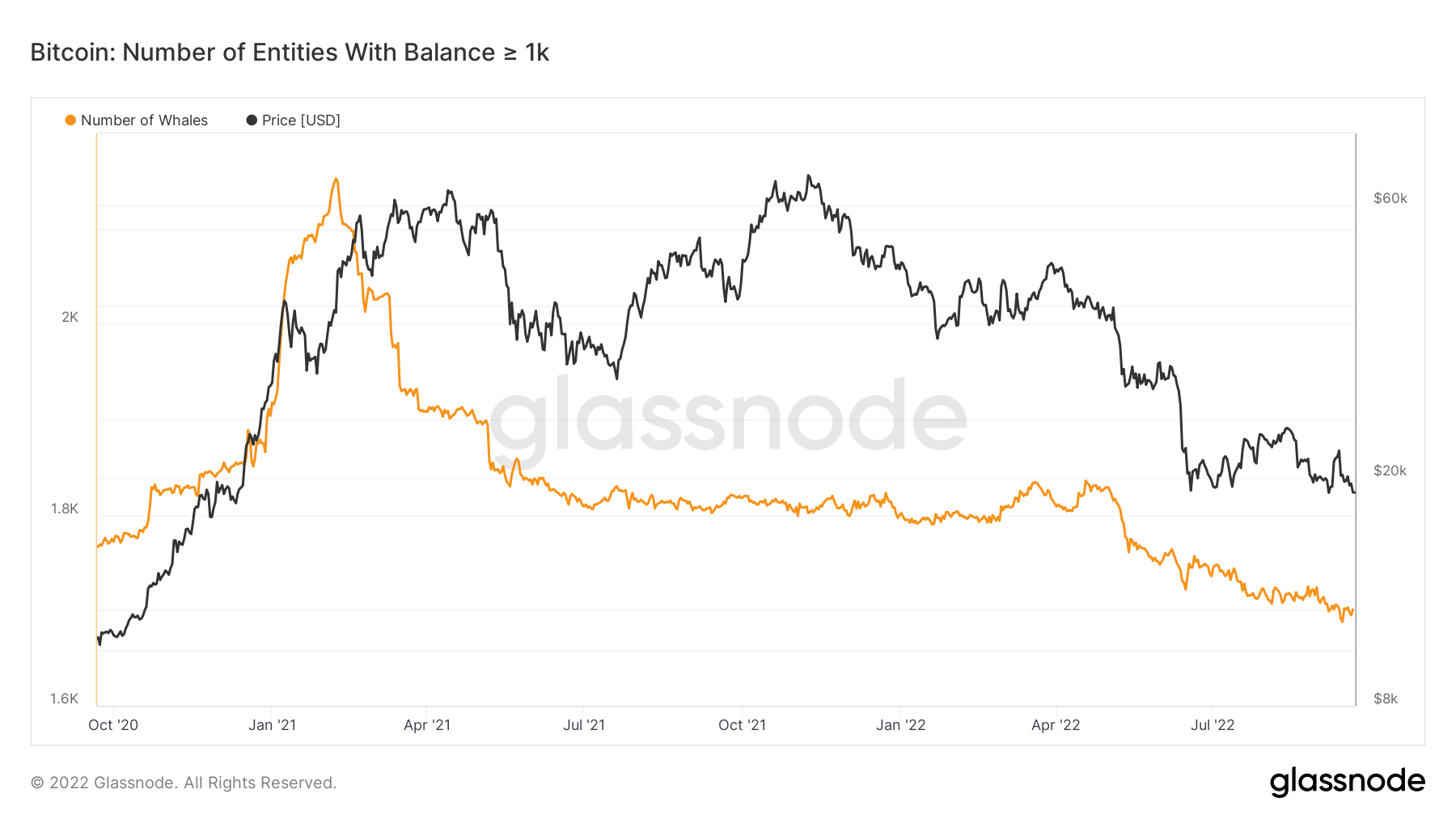 However, Bitcoin kept falling after April 2022. Even with decreasing prices, the number of whales dropped from 2,150 to 1,695. The last part is particularly interesting as whales tend to wait out the winter prices.

On the bright side

The decrease in whales and the high number of sell-offs, despite low prices, indicate bearish sentiment, but there is a silver lining. The sell-offs and disappearing whales mean that their Bitcoin is distributed to more than one person.

This means that Bitcoin is concentrated among fewer and fewer individuals. In the long term, having a more distributed Bitcoin benefits the retailer and increases the security of the network.

XRP price breaks out of range with a 25% rally, but why?