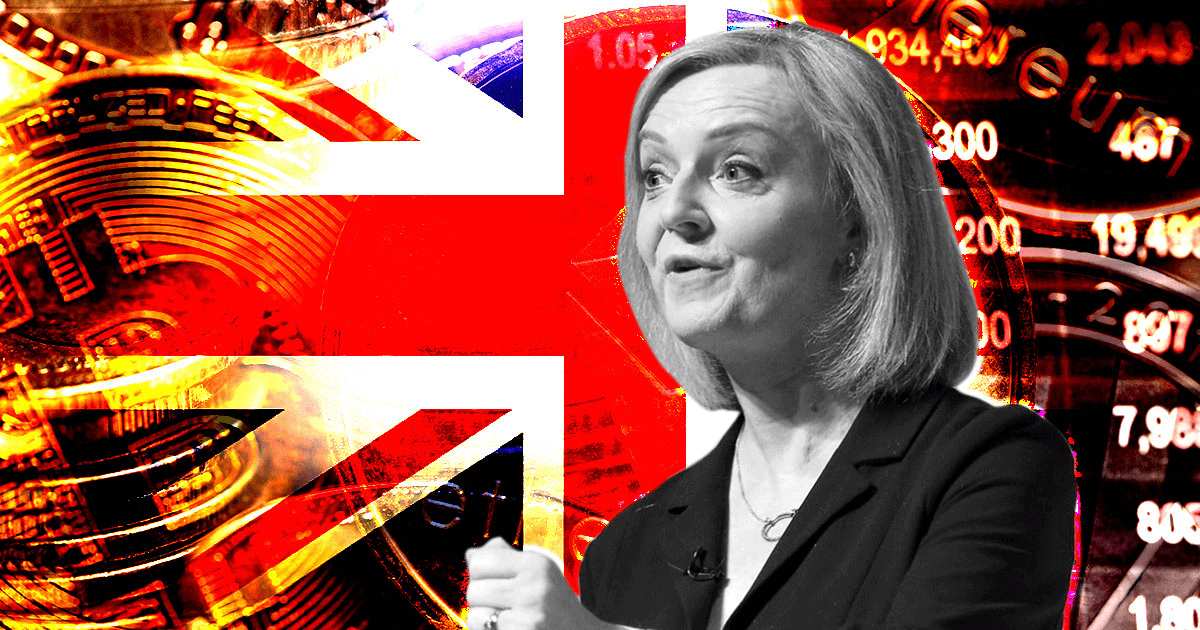 On September 5, Liz Truss was officially declared Britain’s new Prime Minister (PM) after almost three months of campaigning. The determining round was decided by a party member vote, in which Truss beat rival Rishi Sunak 57.4% to 42.6%.

The next day’s front pages were littered with images of Truss beaming with victory. However, far from being a joyful occasion, the former Foreign Secretary takes charge during a cost-of-living crisis, double-digit inflation, and the likelihood of a recession next year.

Moreover, the newly appointed PM has yet to state her digital asset policies, stoking fears that the government will shelve the country’s crypto hub ambitions under her leadership. Especially as Sunak, who was instrumental in driving crypto-friendly policies during his tenure as Chancellor, will not be offered a role in Truss’s new cabinet.

Analyst Michael Suppo assumed the worst by tweeting, “Goodbye to a U.K. Crypto Hub,” while implying that the new PM has more pressing matters to contend with, namely tackling inflation and steering the economy through this challenging period.

Goodbye to a UK Crypto Hub…

The pound continues to sink against the dollar

The pound slid to a 37-year low against the dollar, mirroring the dire economic situation facing Truss and the U.K. economy.

Moreover, considering the strength of the dollar’s momentum, with the DXY on track to retest all-time highs, analysts expect further GBP weakness.

Despite Truss vowing “to deal with the energy crisis,” the pound has continued its slump against the dollar in the days preceding her appointment.

According to Reuters, bond markets responded to Truss’s appointment with the sharpest sell-off of long-dated bonds since the covid19 crisis hit in March 2020.

Bond markets are concerned at the scale of debt issuance on the cards if Truss goes ahead with plans to freeze U.K. energy bills. The scheme is set to cost £150 billion ($171 billion) and would see a cap on soaring gas and electricity costs for households and businesses.

Deutsche Bank Economist Sanjay Raja said as these measures would be funded by more borrowing, the medium-term risk of greater inflationary pressure looms.

“Increased fiscal support should add to aggregate demand in the medium term, increasing inflation and ultimately increasing the amount of tightening needed for the Bank of England to get inflation sustainably back to target.”

In response, yields on two-year and ten-year U.K. government bonds have spiked to multi-year highs, at 2.9% and 3.0%, respectively.

However, with inflation running at 10.1%, the likelihood of further rate hikes by the Bank of England (BoE) provides added impetus for yields to spike even higher. The knock-on effect would see more pain for risk-on assets, including cryptocurrencies.

Analysts expect the BoE to implement a 50 basis point hike following its next policy meeting on September 15.