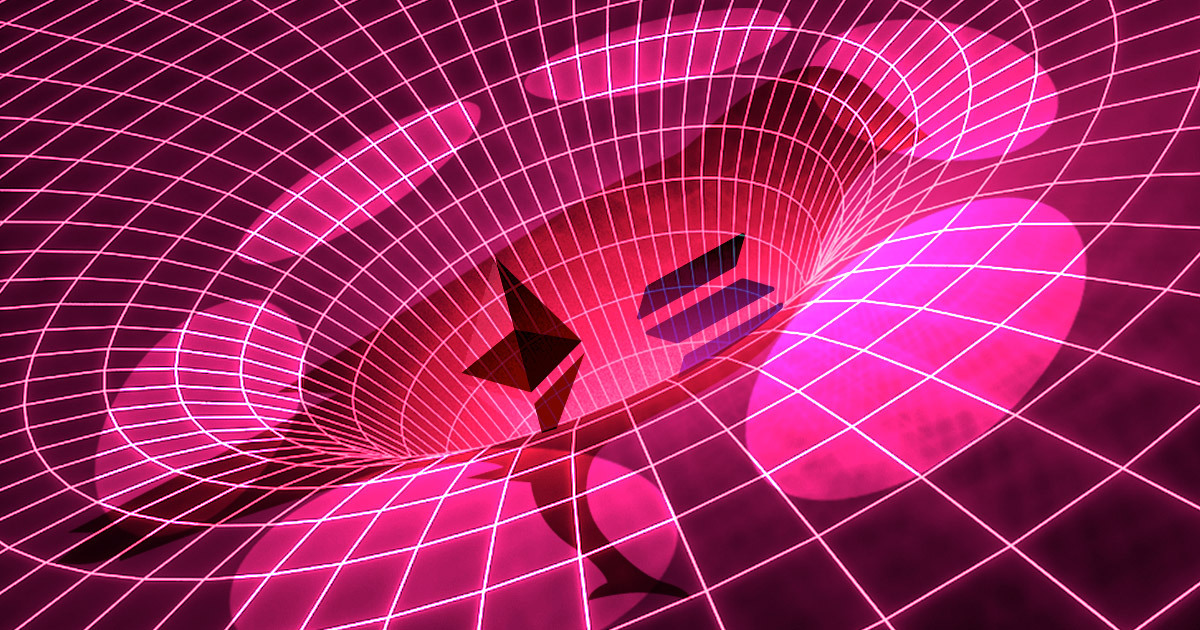 “As the first EVM+ integration on both Karura and Acala, this cross-chain interoperability will enable Acala and Karura users to enjoy asset integrations and access to over $200B of liquidity from leading layer-1 networks,” the blog post reads.

For readers not too familiar with the different projects on Polkadot (DOT) and Kusama (KSM), Karura is an EVM-compatible network for all things DeFi on Kusama, and Acala is the decentralized finance network behind the Acala USD (aUSD), a decentralized, multi-collateral, crypto-backed stablecoin serving as the native stablecoin of the Polkadot ecosystem.

According to the announcement, Karura will be the first to join Wormhole, “in the following weeks”, followed shortly after by Acala. The purpose of the integration is to connect Karura and Acala, and the broader Polkadot and Kusama ecosystem, with eight layer-1 chains to begin with. Other ecosystems will follow at a later time. According to the post, across all chains, the Wormhole bridge currently has $3.6 billion in total value locked.

Karura and Acala will continue after this integration by building up liquidity on both networks, then beginning to open the Substrate-based EVM+ for the first DApp launches on the networks.

Wormhole is a bridge protocol that allows cross-chain messages to contain abstract data and enables developers to create applications on or utilizing Wormhole. By integrating with Wormhole, Acala, and Karura developers and users will be enabled to use a token bridge to bridge wrapped assets between supported chains.

Finalizing the merge of the two stablecoins

According to the announcement, “Acala and Karura will benefit from Wormhole’s consensus abstraction, speed, and upgradeability mechanics. Consensus abstraction ensures the transaction process remains lightweight to facilitate high throughput during cross-chain transactions, severely limiting bottlenecks and congested usage. Wormhole Guardians protect the protocol from malicious actors and hacking attempts via observation and attestation of all Wormhole transactions.”

The Wormhole integration will be the first time Karura and Acala are able to communicate and exchange value. This will enable Acala to finalize the merge of the two stablecoins, aUSD and kUSD.

“The union of aUSD and kUSD allows aUSD to serve all parachains in both the Polkadot and Kusama ecosystems as the native, decentralized stablecoin, creating capital efficiency, utility, and enhanced liquidity. This will also enable aUSD to be minted on both Acala and Karura with initial collaterals including DOT, ACA, KSM, KAR, LDOT, and LKSM,” the blog post reads.

Acala intends to employ aUSD as the bridge connecting foreign tokens from different blockchains. Furthermore, the Wormhole integration will allow for foreign tokens such as USDC, ETH, SOL, AVAX, or LUNSA to be brought to the Acala and Kusama ecosystems. Users will be able to trade the assets or have Acala potentially approve them as collateral for minting aUSD.

Readers be aware of bridges

Another advantage of the Wormhole connection, as per the announcement, is the opportunity to increase aUSD yield and utility; the multi-chain interoperability encourages developers to create new use cases for aUSD leveraging assets and DApps beyond the Polkadot and Kusama ecosystems. Users and DApps on other blockchains will also be able to import aUSD to their ecosystems for new yield opportunities.

According to the post, a user will be able to mint their aUSD on Acala or Karura, send it to ETH, then use it on Solana, then Polygon, then send it back to Acala with no wrapping or transferability issues.

Additionally, Wormhole creates a channel for the usage of LDOT and LKSM products in other ecosystems as collateral, increasing utility and the opportunity to leverage additional DeFi services in multiple crypto networks.

If Wormhole sounds familiar to the reader, it’s likely due to the fact that a bug in the Wormhole protocol was the main technical culprit behind the hack against the Wormhole bridge between the Ethereum and Solana ecosystems, making it possible for the hacker to run away with over 80,000 ether (ETH).

Readers are strongly encouraged to use bridges with care, as these technologies are often targets for successful hacks. As recently reported by CryptoSlate, just days ago a bridge, this time the Ronin bridge, not Wormhole, was hacked allowing the hacker to steal the breathtaking sum of $615 million.