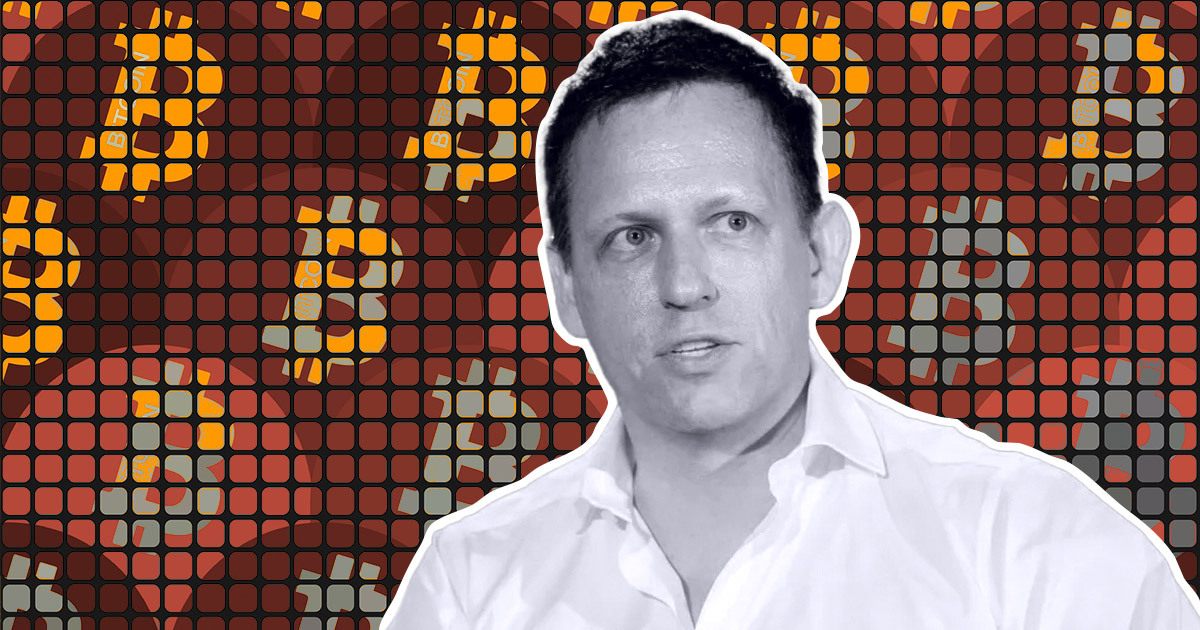 Paypal co-founder and billionaire venture capitalist Peter Thiel launched a scathing attack on the enemies of Bitcoin at the Bitcoin 2022 Conference. He used his keynote address at Bitcoin Miami to challenge some of the most powerful US financial institutions. Starting his speech by throwing dollar bills into the audience, Thiel was ready to tackle the enemies of cryptocurrency.

Beginning his speech by reflecting on some of his thoughts in 1999, Thiel cleverly planted the idea that big institutions would have to give up some of the power they wielded over 20 years ago.

The speech is laden with bold statements with Thiel believing the real competitor for Bitcoin isn’t Gold or Equities in general, it is the stock market as a whole. However, as shark tank investor Kevin O’Leary points out in the panel discussion after this controversial keynote, right now there isn’t a single pension plan or sovereign wealth fund that is allowed to buy Bitcoin as an asset so it is difficult to make a comparison with the S&P 500.

Peter Thiel making a clear declaration in Miami: the Financial Gerontocracy has declared war on Bitcoin as a revolutionary youth movement for good reason. It is thus time the revolutionary youth should understand their enemies & return fire. [Paraphrased]#BitcoinMiami #Bitcoin pic.twitter.com/UWHdy9JyrU

Thiel launches an attack against the powerful old establishment and leaders of the world’s financial institutions. Instead of focusing on the merits of Bitcoin and the intricate blockchain technology that offers superior transparency for future generations. However, Thiel was in a fighting mood and blamed the lack of mainstream adoption on the failure and ignorance of the world’s financial institutions.

Thiel goes on to expose what he termed an Enemies list, a list of people who are stopping Bitcoin. Making the list are long-term critics of adoption including Warren Buffet, JPMorgan CEO Jamie Dimon and BlackRock CEO Larry Fink. Beside each of the enemies were large images and their comments about Bitcoin.

With Buffet on the screen with the words “Rat Poison” in giant letters, Thiel points to the fact that money managers often want to pretend that its complicated to invest and if all a person needs to do is buy Bitcoin then it would put a lot of people out of business. Thiel referred to Buffett as “Enemy number one” and “the sociopathic grandpa from Omaha” as the crowd booed.

When it comes to Jamie Dimon, JP Morgan CEO, Thiel referred to him as having a “New York City banker bias.”

Thiel argued that when traditional investors choose not to allocate to Bitcoin “it is a deeply political choice”. Encouraging the audience to push back against these types of investors.

Thiel also details how Federal Reserve Chair Jerome Powell chose to ignore Bitcoin and will suffer the consequences of this ignorance in the years ahead. However, although Powell had expressed interest in regulation of cryptocurrencies he agrees that they could make electronic payments cheaper and faster.

Also, Thiel had previously called for closer regulation as the cryptocurrency could be used as a “Chinese financial weapon”.

Thiel makes another bold statement about ESG versus Bitcoin to purport that large investors are hiding behind ESG and in opposition to this reliance on governance is one of the “great features of Bitcoin…is that Bitcoin is not a company, it does not have a board, we do not know who Satoshi is.”

When closing his speech about the enemies of Bitcoin, Thiel compares the finance Gerontocracy that runs the country through silly virtue signaling via ESG with what Thiel calls a revolutionary youth movement.

The post Peter Thiel calls out BTC’s “enemies” at Bitcoin 2022 in Miami appeared first on CryptoSlate.