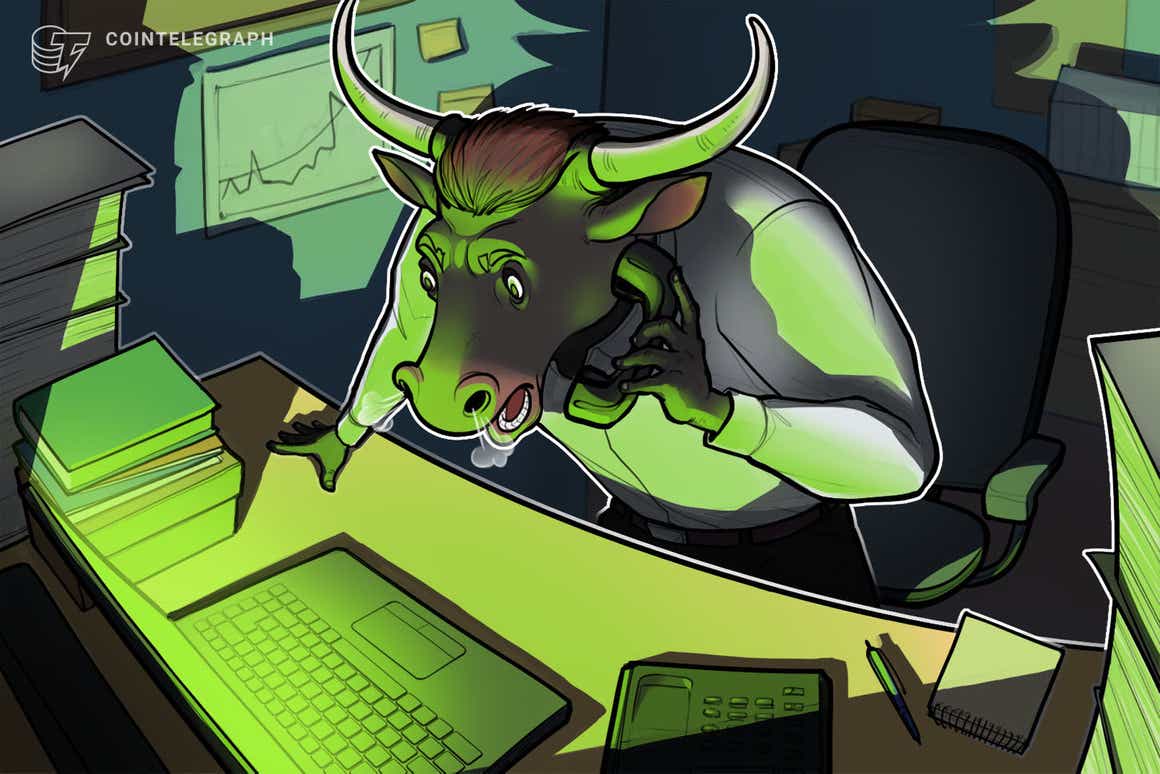 Calls for the arrival of an altseason are growing louder on Nov. 3 after the price action for altcoins is on the rise and Bitcoin (BTC) price lingers at the $62,000 support level.

At the moment, gaming tokens, supply chain-related projects and decentralized finance (DeFi) protocols are scorching hot and as shown below, many altcoins posted double and triple-digit gains on Nov. 3.

Data from Cointelegraph Markets Pro and TradingView shows that the biggest gainers over the past 24 hours were OriginTrail (TRAC), XYO Network (XYO) and Maker (MKR).

TRAC gets a boost from the “Coinbase effect”

OriginTrail is a protocol that refers to itself as “the world’s first decentralized knowledge graph” and is designed to help people organize important assets and make them discoverable and verifiable on a blockchain network.

According to data from Cointelegraph Markets Pro, market conditions for TRAC have been favorable for some time.

The VORTECS™ Score, exclusive to Cointelegraph, is an algorithmic comparison of historical and current market conditions derived from a combination of data points including market sentiment, trading volume, recent price movements and Twitter activity.

As seen in the chart above, the VORTECS™ Score for TRAC climbed into the dark green zone on Oct. 30 and reached a high of 81 around 49 hours before the price began to increase 232% over the next two days.

The sudden surge in price for TRAC comes as the token was listed on several new cryptocurrency exchanges, including Coinbase.

The XYO protocol is a geospatial oracle network comprised of a decentralized ecosystem of devices that anonymously collect, validate and record data on the XYO blockchain.

VORTECS™ data from Cointelegraph Markets Pro began to detect a bullish outlook for XYO on Oct. 30, prior to the recent price rise.

As seen in the chart above, the VORTECS™ Score for XYO climbed into the green zone on Oct. 30 and reached a high of 76 around 67 hours before the price increased 88% over the next two days.

The building momentum for XYO comes as the network surpassing the 3 million node mark on Oct. 14.

Maker is the native token of the MakerDAO DeFi lending protocol that allows users to lock up assets to mint DAI stablecoins.

VORTECS™ data from Cointelegraph Markets Pro began to detect a bullish outlook for MKR on Nov. 1, prior to the recent price rise.

As seen in the chart above, the VORTECS™ Score for MKR turned green on Nov. 1 and reached a high of 70 around three hours before the price began to increase 51.4% over the next two days.

The boost in price and momentum for MKR comes as the total value locked (TVL) on the protocol reached a record $17.98 billion, according to data from DeFi Llama. This makes Maker the second-ranked DeFi protocol by TVL.