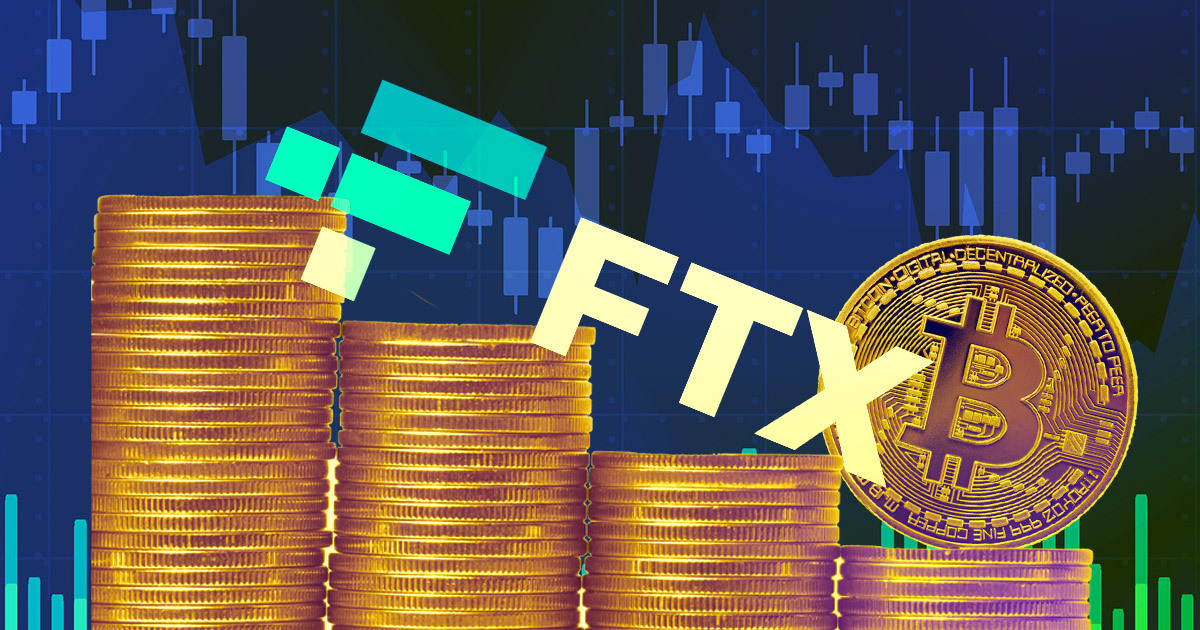 FTX recorded a withdrawal of over $360 million worth of Bitcoin(BTC) in two days, with the majority of sell pressure coming from whales. 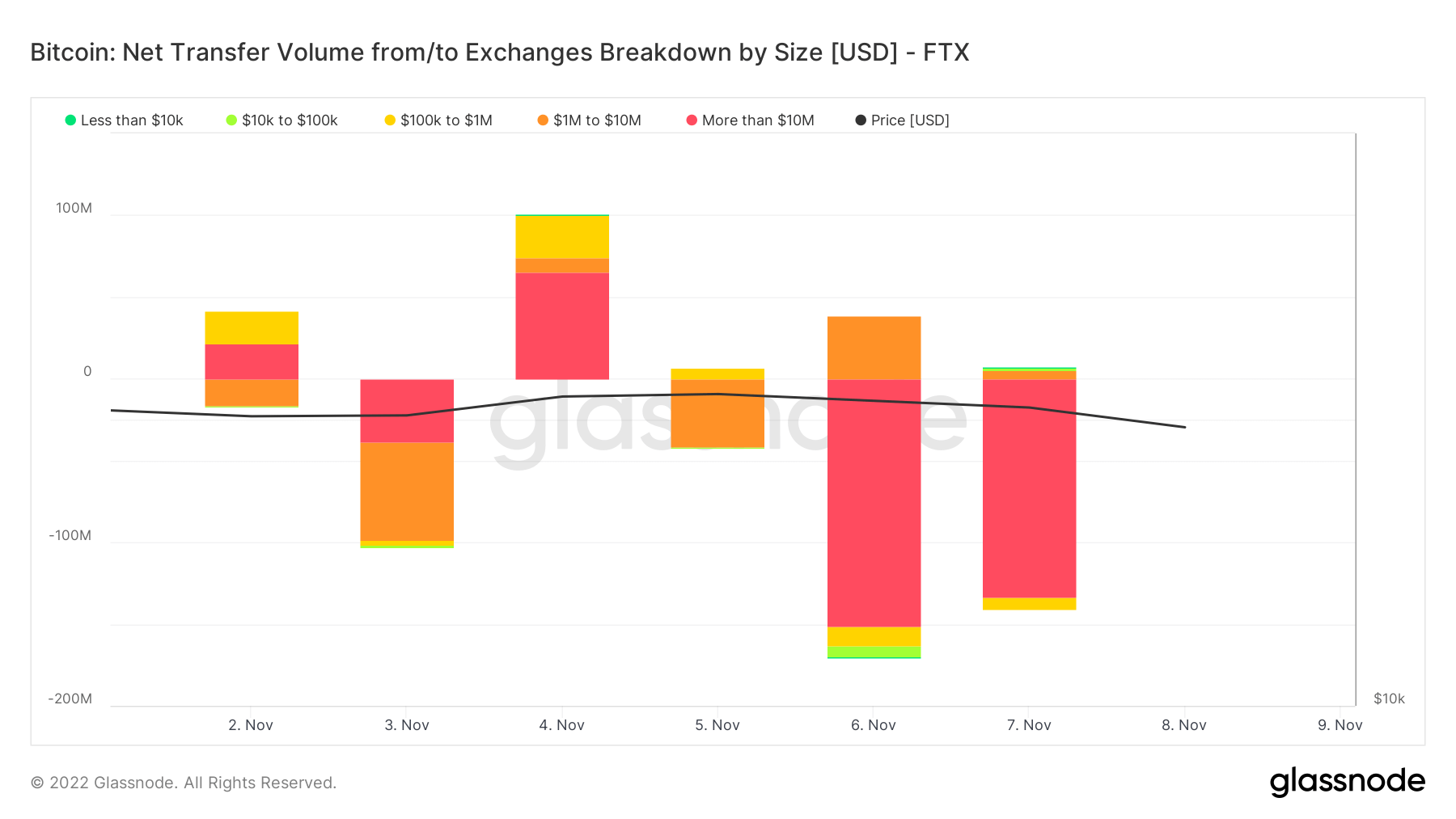 This is reportedly the tenth-biggest BTC withdrawal this year. In addition, Nansen data shows that FTX stablecoin outflows were the highest among exchanges over the past seven days, as reported by Data Nerd. The stablecoin withdrawals recorded $451 million in weekly outflows.

The massive sell-off has occurred following Binance’s CEO’s announcement that Binance would be liquidating its FTX’s native exchange token FTT.

In the meantime, FTX CEO Sam Bankman-Fried tried to calm fears of a possible collapse by reassuring that FTX and its assets were fine and that the firm possessed enough to cover all of its clients’ positions.

Even so, the CEO’s submission was largely ignored, as FTX continued to see withdrawals, with monitoring resources indicating negative BTC balances. As of Nov. 7, FTX’s BTC balance was -19,956 BTC, according to the on-chain analytics platform CryptoQuant.

Recently, many users have reported relatively slow Bitcoin withdrawal speeds. Afterward, Reddit users expressed concern over the developments and compared the situation to Celsius halting withdrawals and misleading users before it crashed.

In response to the concerns, the FTX  stated yesterday that its node has “throughput limitations,” but the withdrawal will be accelerated soon.

Amidst FTX’s loss of volume, Binance’s Treasury is growing. After the event, Binance saw the biggest inflow of BTC this year. 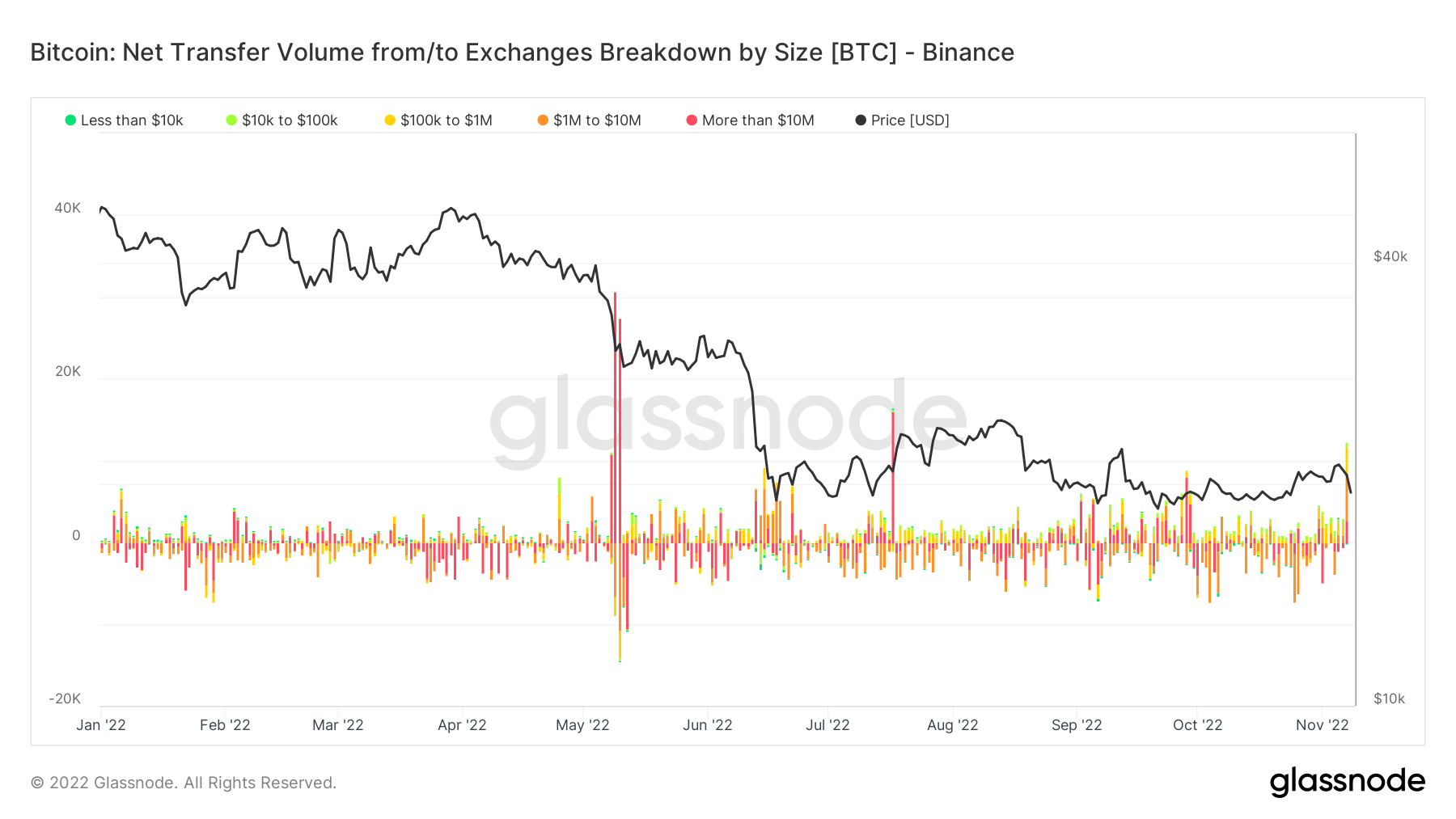 Research: A deep-dive into Bitcoin hash rate, reasons behind increase, and whether it will rise again