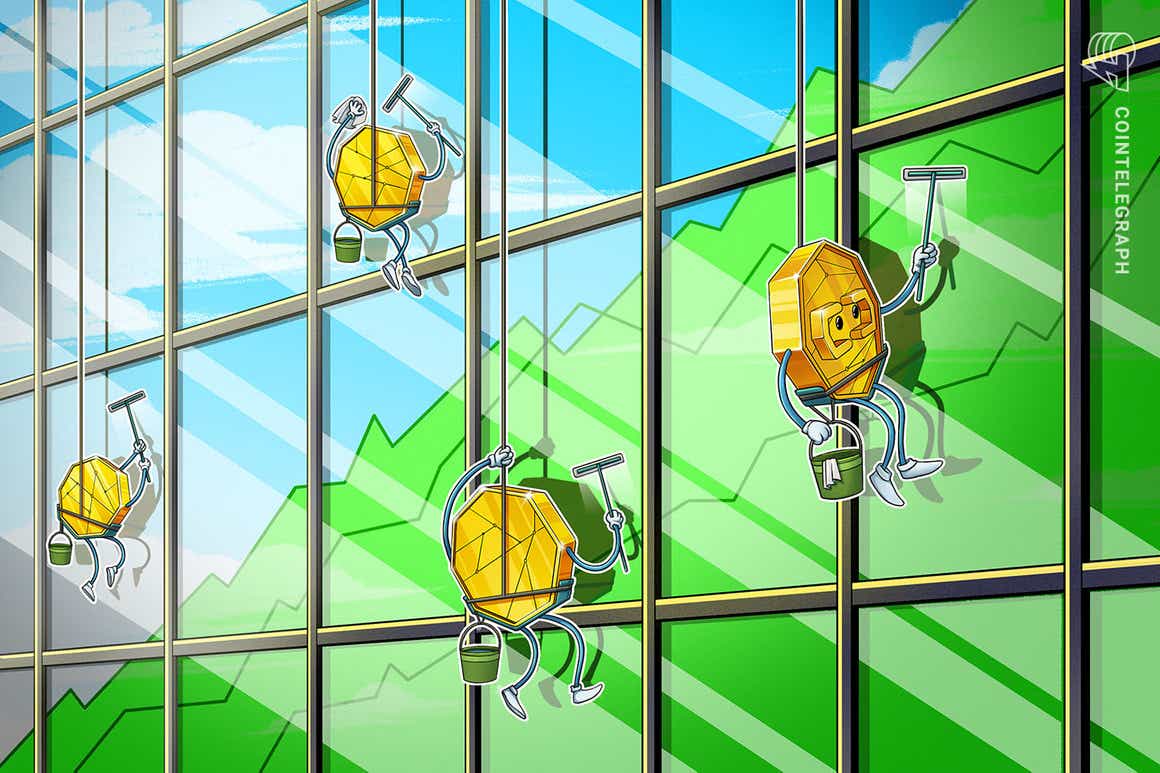 Data security and accessibility have become important issues of the modern age as the world slowly progresses towards a Web3 future that establishes blockchain technology as the underlying infrastructure for the new internet.

One project that is looking to capitalize on this growing trend by establishing tools for the new Web3 data economy is Ocean Protocol (OCEAN), a blockchain ecosystem that helps individuals and businesses unlock the value of their data and monetize it through the use of datatokens.

There are three main reasons for OCEAN’s price rally: the upcoming launch of Ocean v4, the addition of new projects to the Ocean protocol, thanks to the ongoing OceanDAO grant program and an expanding list of data partners that bring real-world use cases to the ecosystem.

The upcoming launch of Ocean v4

One of the biggest developments boosting OCEAN’s momentum in March is the upcoming launch of Ocean v4, which is currently in public testing and is expected to go into production in the second quarter of 2022.

.@oceanprotocol is launching Version4 in the next weeks and it will get really interesting for data management and monetization.

This is how Data meets DeFi. $OCEAN

According to the project, Ocean v4 will include several upgrades including a mechanism that purports to solve rug pulls in the datatoken pools by eliminating the initial datatokens provided to publishers. The new protocol upgrade will also see the introduction of data NFTs, which add nonfungible token capabilities to base intellectual property (IP) as a way to help increase revenue streams, as well as the addition of new ways for the community to monetized data.

Ocean v4 will initially be deployed on the Ethereum Virtual Machine (EVM) chains that currently support v3, including the Ethereum mainnet, Polygon, BNB Smart Chain, Moonriver and Energy Web Chain, and will be deployed on additional EVM chains over time.

A second factor helping to strengthen the outlook for OCEAN is the ongoing OceanDAO grant process, which helps new projects launch on the network.

The Ocean Protocol Foundation originally announced its $140 million grant initiative back in October 2021 as a way to help fund projects in the Web3 data economy that were interested in using Ocean’s data markets and data unions.

OceanDAO recently completed the 15th round of grant rewards, which was won by TalentDAO, a protocol designed to address the lack of scientifically validated surveys for studying organizational health in the context of DAO contributors.

We continue with introducing the winning projects of the recently concluded @OceanDAO_ Round 15 to the Ocean Community @talentDAO_ is the latest grantee to have joined the Ocean ecosystem! pic.twitter.com/Qe9YHjRFgY

The 16th round of OceanDAO is now underway, offering a pool of 200,000 OCEAN tokens available for funding. The submission deadline is April 5.

The addition of new data partners to the Ocean Protocol ecosystem is a third factor helping to boost the overall outlook of OCEAN as they represent real-world adoption of the Open Data Economy.

Dimitra Technology is the latest company to partner with Ocean as a way to help agricultural producers leverage blockchain technology and data to produce higher yields.

In this partnership, Ocean’s Web3 capabilities will be employed to enable data sharing and monetization so that small farmers can benefit from an extra layer of revenue.

The protocol has also announced the launch of Ocean Shipyard, which is designed to help fund entrepreneurs who are looking to build open-source Web3 solutions on Ocean Protocol and create value for the Ocean ecosystem.

VORTECS™ data from Cointelegraph Markets Pro began to detect a bullish outlook for OCEAN on March 19, prior to the recent price rise.

The VORTECS™ Score, exclusive to Cointelegraph, is an algorithmic comparison of historical and current market conditions derived from a combination of data points including market sentiment, trading volume, recent price movements and Twitter activity.

As seen in the chart above, the VORTECS™ Score for OCEAN climbed into the green on March 19 and hit a high of 78 around 14 hours before the price increased 54% over the next day.

Keiser on inflation: Americans with less than 20 Bitcoin are “not gonna make it”

Validators shut down as Secret Network struggles with leadership