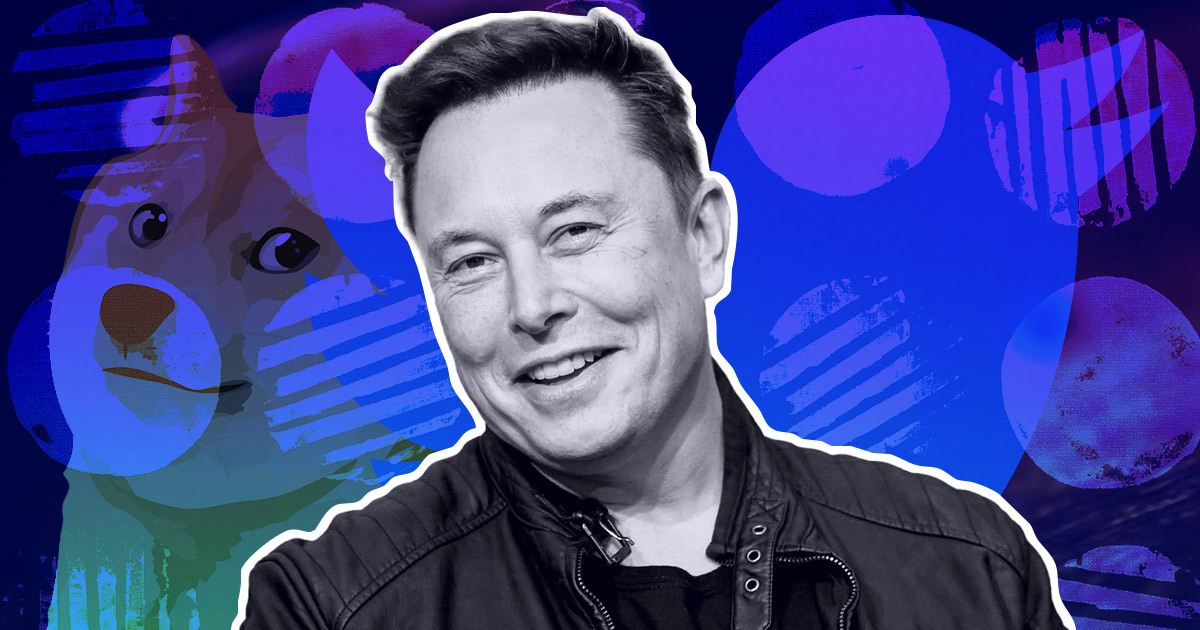 Elon Musk bought a 9.2% stake in Twitter for $2.9 billion, making him the platform’s biggest shareholder.

Recently, the Tesla CEO had slammed Twitter on the grounds of it “failing to adhere to free speech principles.” As a response to the problem, Musk teased the possibility of starting his own social media platform or even buying Twitter. However, few imagined he would follow through with either of these ideas.

Nonetheless, analysts expect this acquisition of a stake in Twitter to be the start. What’s more, with Musk being a fan of Dogecoin, should we expect a collaboration between the two?

Crypto markets are mainly flat today. However, among the large caps, Dogecoin posted the second-biggest gains in the last 24-hours, at +5%. NEAR Protocol leads the pack with +5.7% gains.

Musk disclosed his crypto holdings to CNBC last year, saying he owns Bitcoin, Ether, and Dogecoin. On his reason for liking Dogecoin, he said:

“That’s why I decided to support Doge — it felt like the people’s crypto.”

Given Dogecoin’s response to the news, it’s clear that markets expect Musk to utilize $DOGE on Twitter in some capacity. But will that ever happen?

Before the acquisition stake, as Musk was canvassing opinions on how to tackle Twitter censorship, one user posted a tongue-in-cheek comment saying Dogecoin, for sure, will be used as a tipping mechanism. To which Musk replied, “100.”

Dogecoin utility expands with ‘Teslas in Tunnels’ from the…

You can now inflict “9999 emotional damage” on Dogecoin…

Tesla breaks even on Bitcoin sale, Musk confirms no Dogecoin…

“One of the best things about Elon Musk either buying Twitter or starting his own platform is you know there would be a Dogecoin tip jar!“

The initial use case of $DOGE was as an internet tipping currency. But as pointed out by this eight-year-old Reddit post, there are three barriers to preventing this from happening. One, tipping in meaningful increments, two, making Dogecoin easier to send and receive, and three, having a social media platform on board.

“create widgets/apps that allow content creators on blogs/tumblr/twitter/etc to be tipped for their work at the click of a button.”

Speaking to CNBC Squawk Box, Dan Ives, Analyst at Wedbush Securities, speculates that Musk may “take a more aggressive stance on Twitter,” which could eventually lead to a complete takeover of the company.

Commenting on the situation, crypto influencer Layah Heilpern points out it reflects poorly on the Western world that Musk is single-handedly trying to “save freedom of speech.”

Technically we are relying on @elonmusk to save Freedom of Speech… Quite incredible what western society has come to.

As an indication that he intends to shake things up at Twitter, Musk posted a humorous tweet asking whether users want an edit button.

The post Musk buys $2.9B stake in Twitter, what does this mean for Dogecoin? appeared first on CryptoSlate.