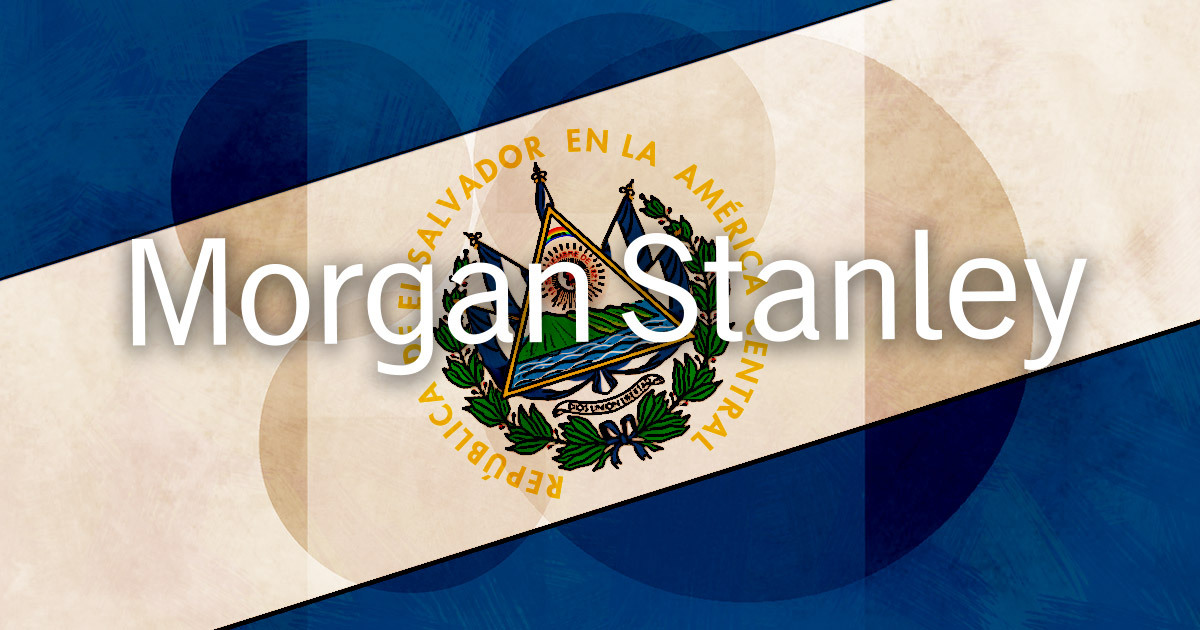 Morgan Stanley has expressed readiness to buy El Salvador bonds despite it being one of the worst performers this year, Bloomberg News reported.

According to the report, El Salvador’s $7.7 billion Eurobonds are performing poorly despite having better numbers than countries in a similar position.

Simon Waever, a top executive at the bank, reportedly wrote that El Salvador’s bonds are being “overly punished.”

Waever cautioned that there is a chance that the country might default but added that the tightening of the global liquidity might make that impossible.

Per Waever, the country could still be able to meet its obligations for another year without missing payments.

According to Bloomberg, El Salvador’s Bitcoin (BTC) bet is not going as planned as the country’s holding is down by 48% and is now worth $56 million.

At the peak of the crypto market crash, Bloomberg reported that the country had an unrealized loss of $56 million.

Since when the @nytimes has devoted so much time and space to El Salvador’s economic initiatives?

By the way, they say we’re heading to default. Will they publish an apology once we pay everything on time?

President Nayib Bukele has also remained a vocal Bitcoin supporter. In a July 8 tweet, Bukele wrote that critics are “afraid” that “Bitcoin is inevitable.”

Meanwhile, a July 14 Reuters report revealed that the indebted country was still in talks with the International Monetary Funds (IMF) over a $1.3 billion loan.

The IMF has consistently urged the Bukele-led government to reverse its decision to adopt Bitcoin as a legal tender.

However, the Central African Republic has taken a cue from El Salvador to adopt Bitcoin despite the dismay of international bodies.