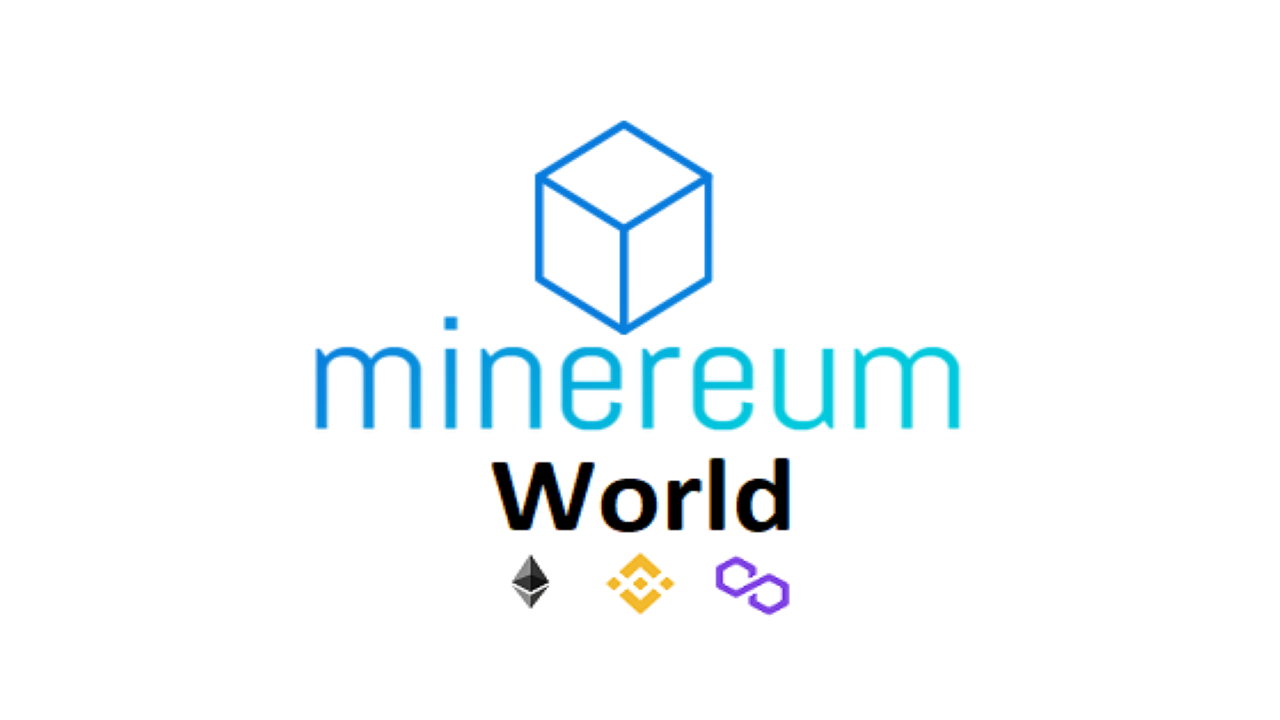 Minereum, the project behind the first self-mining smart contract, welcomes you to The Minereum World – an exciting and interactive play-to-earn 3D game venture where users can come together virtually in the metaverse! The goal of the game is to grab and own as much land as possible! The more land you own, the more cubes you will get, leading to more and more Minereum. Want to know more? Find out below.

Minereum has recently announced to the community that its entering the Metaverse race with the launch of Minereum World.

The Minereum World consists of a finite number of land plots, these land plots are NFTs, and once minted by the users, they can be traded on open markets like opensea.io. The Land Pre-Sale is live, so anyone can now mint Minereum Land for the ETH, BSC, and Polygon Chains. 20,000 plots of land are available for meeting on each blockchain and can be minted by anyone via the Minereum web3 platform.

The costs to mint NFTs are tentative currently – subject to change, but for now, here are the costs on each Chain:

Once minted, a user can manage and trade the NFTs on OpenSea ETH, OpenSea Polygon, as well as Tofunft BSC. All the proceedings of the Land Sale in ETH, BNB and MATIC will be distributed to the Fee Share Holders on their respective blockchains. All the proceedings in MNE, MNEB, or MNEP will be burned.

Minereum World 3D game is planned to launch in the first quarter (Q1) of 2022. The game is still under development, but rapid progress is being made and the team is excited to launch it. Stay tuned and updated on all the game related developments, by following Minereum on the social media channels.

With the rapid and current growth of blockchain technology, being widely accepted throughout the tech world and beyond, Smart Contracts are clearly becoming the future of the economy and financial systems. Minereum brought new and fresh approach to smart contracts that is transparent and fair. Minereum was the first self-mining smart contract token in the cryptocurrency space.

Minereum was launched in 2017 on the Ethereum blockchain and since then has gained traction, gaining a place for itself in the evolution of blockchain technology. In 2019, Minereum V2 was launched that brought a lot of updates. Following V2, Minereum has gone from strength to strength, launching on different blockchains like Binance Smart Chain in June 2021 and the Polygon Network.

To learn more about Minereum and the upcoming Metaverse visit the project’s website at www.minereum.com and get involved with the community on Twitter.

This is a sponsored post. Learn how to reach our audience here. Read disclaimer below.

Bitcoin.com is the premier source for everything crypto-related.
Contact [email protected] to talk about press releases, sponsored posts, podcasts and other options.