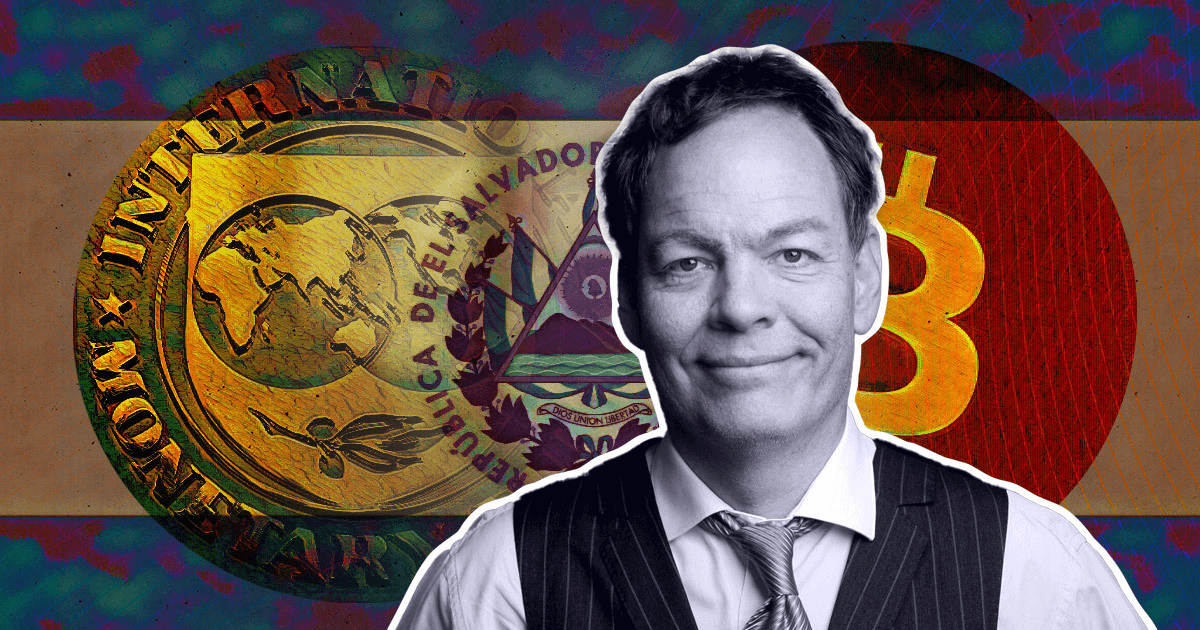 Commenting on the wave of gang violence that has swept El Salvador, Bitcoin maximalist Max Keiser claims this is a false flag event by the International Monetary Fund (IMF). He added that it’s a “pitiful shame” that some Bitcoiners refuse to join the dots and see it for what it is.

, breaking free of the financial terrorists at the IMF (@IMFNews) means simultaneously crushing violent gangs in the streets *sponsored by the IMF* and other global fiat-banking terrorists.

Some #Bitcoin’ers refuse to accept this and it’s a pitiful shame.

Keiser has often publicly slandered international bankers and what he  calls their “fiat Ponzi scheme.” A well-known example of this was during an interview at Bitcoin Miami 2021 when he tore up a ten-dollar bill calling it garbage.

In response to the gang violence, Keiser calls on Bitcoiners to not “be cucks” and reject the false narratives.

El Salvador is under a state of emergency following gang violence that saw the shooting of random people in the streets of its capital San Salvador on Saturday.

The country’s Parliament invoked emergency powers Sunday morning, which suspended some civil liberties. This move includes widening the scope of arrestable offences, restricting public gatherings, and enabling the interception of communications. The measures will last for 30 days.

Sixty-two people died, marking the bloodiest day in the country’s history since the end of its civil war in January 1992.

Upon election, it’s alleged that the Bukele administration had negotiated a secret truce with gang leaders by providing financial incentives and preferential treatment to keep the peace. However, Paul J. Angelo, a fellow of Latin America studies at the Council on Foreign Relations, speculates that gang leaders are now trying to change the terms of the alleged deal.

“The terms of the previous pact with Bukele’s government may have been untenable and the gangs may be trying to change the terms of that pact.”

Is this really about Bitcoin?

Keiser takes a different view on the matter. Rather than gang leaders striving to negotiate better terms, he claims international bankers are behind the violence in a false flag event. This, Keiser states, is an attempt to stop Bitcoin.

A false flag operation is an act committed that disguises the actual source of responsibility and blames another party.

Sharing anecdotal evidence of Keiser’s claims, game developer Manuel Abarca said he noticed a greater frequency of violence during the Bitcoin conference last year. He wonders if it’s coincidental that the imminent rollout of volcano bonds is met with the country’s worst day for gang violence in recent history.

When we had the Bitcoin conference in ES last year there was a spike in violence, the police could handle it

Now we have the volcano bonds in the works, also foreign investments, we had more than 60 deaths in one day

Someone offered money to them, gangs dont do things for free

Volcano bonds, if successful, would turn the legacy finance system on its head. In that, for the first time, a nation-state would have generated funding via Bitcoin.

Bitcoin drops to $45.5k as Europe votes to ban cold wallets in attack on decentralization