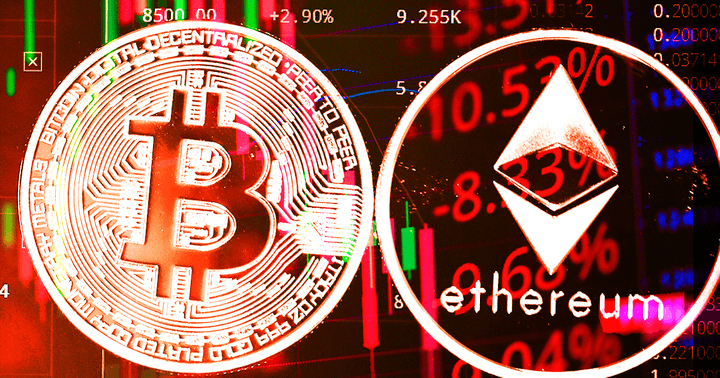 The total crypto market cap is down 15% over the past seven days, dropping from $1.069 trillion to $903 billion at writing.

Most of the losses came on Sunday, September 18, with a steady uptick in outflows beginning in the morning (UTC). This pattern continued into Monday morning, with the early hours seeing significant dips on the path down.

A local bottom was reached at 08:00 (UTC) after hitting $900.9 billion, marking a nine-week low. Since bottoming, approximately $3 billion of capital inflows re-entered the market.

What next for crypto now the Merge is done?

On the crypto front, the most significant event to occur over the past week was the Ethereum Merge.

After months of hype, the Merge was completed on September 15 at approximately 07:00 UTC. The event was polarizing, with some advocates claiming it would lift the rest of the market higher. But as Input Output CEO Charles Hoskinson pointed out, the Merge has not improved Ethereum’s “performance, operating cost, nor liquidity.”

Numerous other criticisms have come to light post-Merge, including claims that Ethereum is now considered a security, and perhaps most concerning, the centralization of the network as it emerged just two nodes control 46% of transactions.

Since then, Ethereum has lost 21% of its value, dropping from a price of $1,640 and exemplifying a classic buy the rumor, sell the news event.

YouTuber Lark Davies recently commented that there are no similarly hyped events to prop up the crypto market going into the rest of this year.

Likewise, there have been no significant developments on the macro front. The squeeze on household incomes from spiking inflation and the subsequent pressure to raise interest rates remain the dominant narrative.

The Federal Open Market Committee (FOMC) is scheduled to meet on Tuesday, with many expecting a 75 basis point hike.

However, given the recent release of CPI data which showed a 0.1% increase in inflation for August against a red-hot labor market, it’s clear that inflationary pressures are not under control.

Chief Investment Strategist at Yardeni Research, Ed Yardeni, recently commented that the Fed should “get it over with” and implement a 100 basis point hike.

The upcoming FOMC will be a key point for markets. The crypto sell-off is likely down to market participants pricing in the looming rate hike.