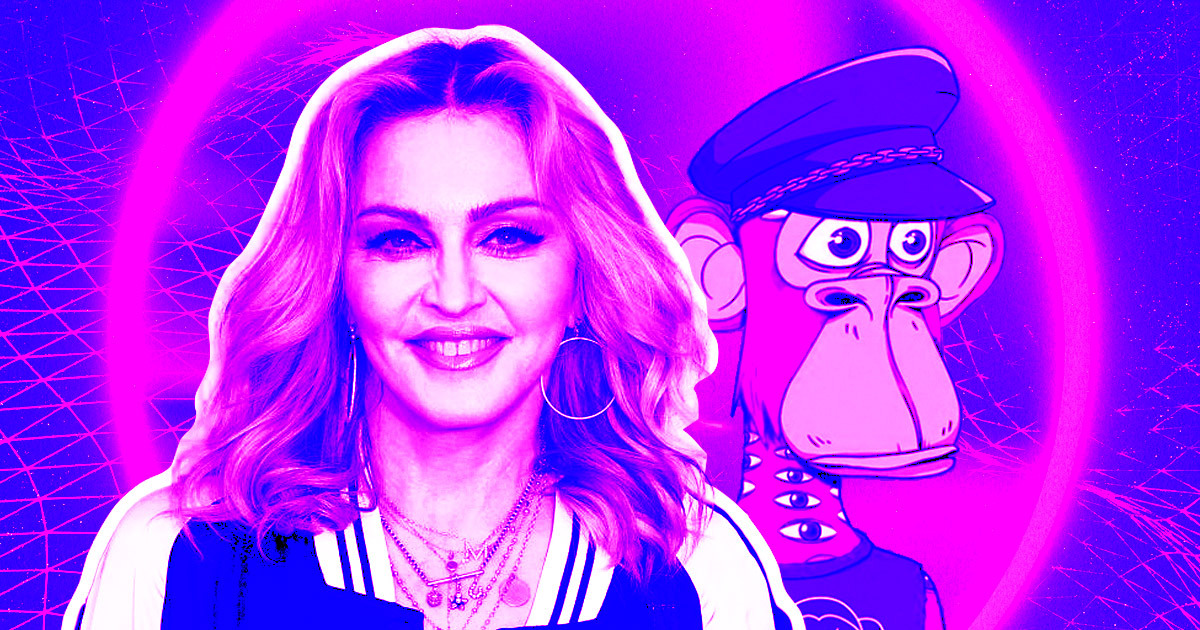 “I finally entered the MetaVerse…My very own Ape! What should I name her? Thanks @moonpay,” Madonna wrote on her Instagram. “We all need protection from Evil Eye.”

Notably, rumors that Madonna is pondering a BAYC purchase have been flying around since at least January. At the time, BAYC holder Lindsey Byrnes tweeted at Madonna, pointing out similarities between the looks of her ape and the singer’s “Justify my love” album cover.

@LindseyByrnes I’m glad you saved it for me.
Ape well chosen. Now what?

Additionally, Madonna and BAYC actually have the same manager—Guy Oseary—so it wasn’t really unexpected for the musician to cross paths with premium NFT apes sooner or later.

Simultaneously, MoonPay also transferred another ape—BAYC #1506—to an unknown address on Thursday. Soon after, rapper Wiz Khalifa uploaded the “jpeg” as his Twitter avatar.

Smoke 1 with me!! Just dropped my first ever $APE Coin mixtape on the block chain with Unc @SnoopDogg

Ethereum price hits $3.2K as anticipation builds ahead of the ‘Merge’