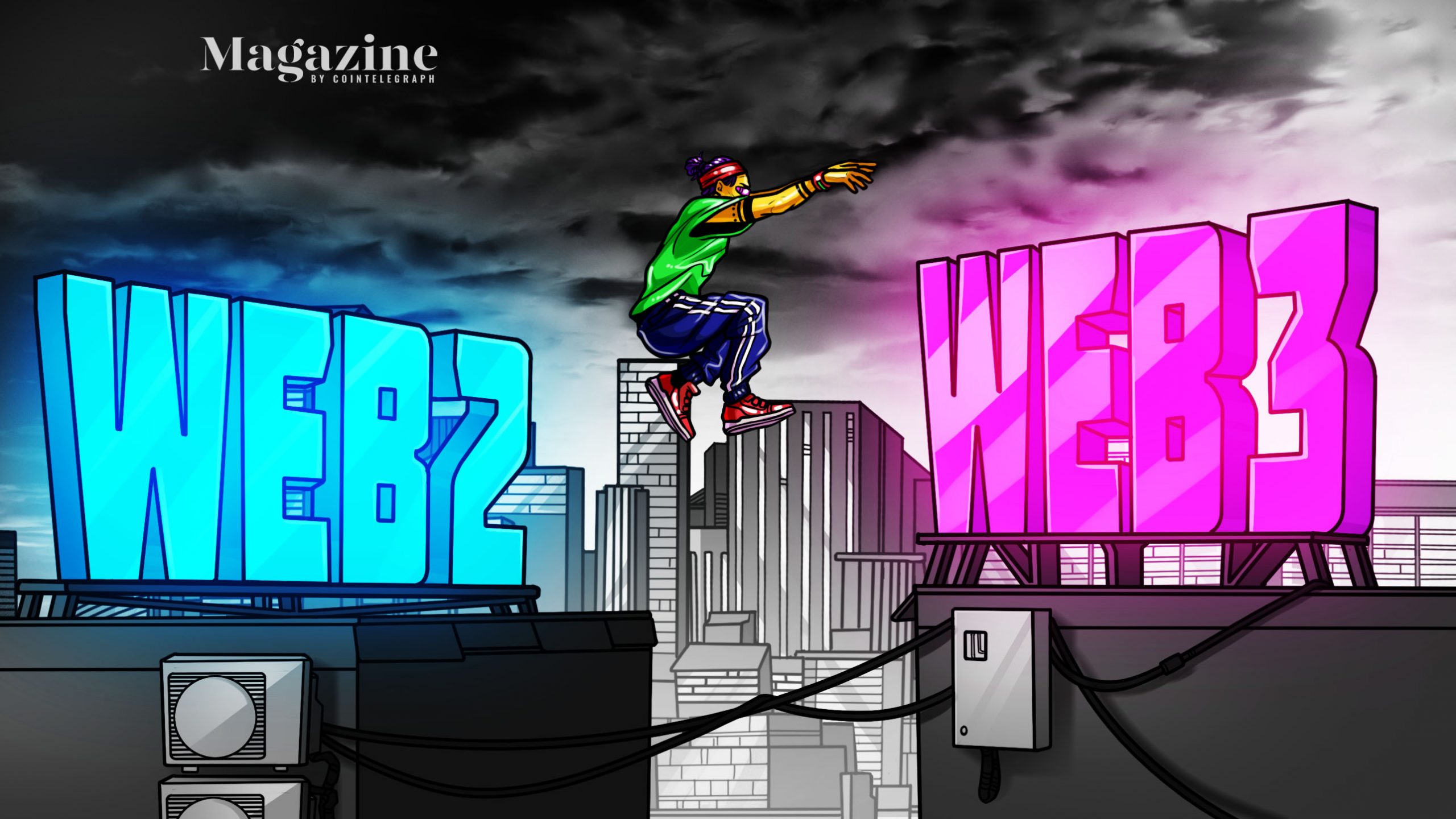 A friend of mine who is a seasoned Web2 tech executive joined a Web3 company in June. A switched-on operator, he asked to speak with all 16 staff before deciding to join the firm.

This shows that Web3 joiners need to really hone in on the mission when jumping ship from the old tech world.

Is the blockchain tech business model really plausible? You almost need to be a seasoned venture capitalist or world-class engineer when considering a new project’s potential to build a new L1 blockchain as promised — and, thus, deliver your token rewards.

The risk-reward metrics mean there are opportunities for great success. But with great success come great tax problems…

“The first thing I see is that everyone in the space has an innovative mindset — early adopters, the change-makers and people not allergic to change. People love telling you how early they adopted,” explains Lucy Lin, founder of Forestlyn, a Web3 marketing agency. She spent ​​“15 years in various corporate roles” before discovering crypto and blockchain in 2017. She says 2022 feels different — it’s more welcoming, for one.

“Five years ago, it was infested with ‘crypto bro’ mentality and behavior,” she says. “At the time, it was the Wild West: anything goes, a lack of process, young and inexperienced. I don’t want to discount that, but in those days, that was rampant. There was a severe lack of female representation.”

“I’m glad to see an increasing amount of diversity and inclusion — more women, ages, sexual orientations, races, etc. — in the space these days.”

“Scams are still as pervasive as ever, but the space is maturing, and many more diverse people with a variety of skill sets are entering,” Lin tells Magazine.

As the industry grows up, it’s becoming a great career move for many. But it’s a whole new world than the one they’re used to. So, here are some reflections from the leap-takers, investors and founders who’ve jumped from Web2.

The game is played on different fields

To compete, Google is building its own Web3 division.

Angie Malltezi used to be a tech management consultant at a top global management firm, working with C-suites at Fortune 500s.

In 2021, she jumped ship to a Web3 exchange group, and now she’s the chief of staff at Shipyard Software.

Like many others who’ve made the leap, particularly those coming from the Web2 world, she’s found it something of a culture shock.

She says that on the surface, “Web3 is informal, remote-first and collaborative, and the competition is yourself — and business is done via text messages on Telegram. But the business operator mindset isn’t as strong, and projects err on the side of ‘spend to please’ as a principle of managing finances.”

“It’s an experimental mindset of ‘Let’s go innovate and throw whatever money we can at this’ rather than conservative, strategic investments tied to business cases with a clear ROI.”

But Malltezi says there are many more similarities than differences between Web2 and Web3. “Both have the desire to innovate, try new things and establish a collaborative culture. And both face similar challenges managing tokenholders or stockholders.”

But Web3 projects sometimes try to go around problems rather than deal with them.

“In Web2, there is the acceptance and understanding of how regulatory and government bodies impact the business’s bottom line; and as such, these institutions factor in business strategy decisions and partnerships.”

Web3 recruiter Kate Osumi tells Magazine she’s noted a few trends among those who want to make the leap:

But isn’t that just every stereotypical lazy career-jumping millennial, I ask?

No, she argues. The work ethic can be even stronger in Web3 because they have skin in the game. The incentives are aligned differently in token economies.

The teams are generally distributed and remote-first, and everyone is responsible for their own tasks.

Osumi’s own journey was from human resources at Facebook from 2018 to December 2021, to experimenting with working with a variety of DAOs in 2021, to finally joining Serotonin — a Web3 marketing firm and product studio with a client recruitment services arm — in January 2022.

During her DAO days, Osumi quickly became a core member of Digitalax, a Web3 fashion DAO. This swift trajectory was “just a matter of showing up every day and engaging with the community.”

DAOs might be the future of business, but right now, they don’t seem very focused on business.
She wasn’t impressed with how they handled the practicalities of paying the bills and rent and didn’t think they operated professionally enough.

“The DAOs were fun at first. But the more DAOs I joined, the more founders I spoke to — they hadn’t even worked out tax considerations. The money was flowing, but they are still a dreamland for now.”

Along those lines, Karl Jacob, co-founder and CEO of Bacon Protocol, suggests that “Categorizations of Web3 are pretty false.” He’s been around since before the dot-com boom and even built Springfield.com for the creators of The Simpsons in the mid-1990s.

His company Dimension X was acquired by Microsoft in the late 90s, and he was even an adviser at Facebook — though he admits he “didn’t know what social networking was” when he first met Mark Zuckerberg.

“Culturally, this period feels more like Web1,” he says. “The Web1 motto was ‘Those who ship code win.’ In Web3, again, it is whoever ships code wins.”

“The ethos — building for others to build on top of — reminds me of the Web1 playbook. The ecosystem pays you back for participating.”

He noted that in Web1, proposals to change the internet effectively were voted on by the community. But today, DAOs could end up being a better structure for incentivized outputs. On the other hand, we “could remake mistakes, regarding voting structures.”

Jacob founded LoanSnap in 2017, which started as a Web2 fintech company. However, the firm realized it could underwrite mortgages faster and more efficiently with blockchain technology and became Bacon Protocol.

According to Jacob, blockchain is a honeypot for attracting talent.

“Web3 is a shiny new thing — everyone wants to work on it. Real engineering is happening. Crypto security is hard, and people are attracted to working on hard problems.”

This sort of feedback is both good and bad, Hedge founder Sebastian Grubb tells Magazine. Grubb spent five years at Google as a product manager, up until October 2021, building products with large teams and was looking to try something new. Playing around with different DeFi protocols, he became really interested in building one himself.

“An advantage of Web3 is that you usually get a direct line of contact with users, via social media, that would usually not happen in old tech companies. Some teams do see this as a disadvantage since customers usually only reach out when they have complaints.”

Though, “Overall, the space is very welcoming, with everyone trying to help each other out and help solve similar roadblocks,” notes Grubb.

One of the reasons Web2 analytics and product metrics are less used in Web3 is that they are less useful, says Malltezi:

“Web2 has spent the last 15 years finely defining how to calculate CAC [cost for customer acquisition] and how to measure LTV [customer lifetime value], yet Web3 has misaligned incentives that make inferring user behavior with data unreliable.”

So, Web2 folks need to ask questions and look at the business model and ecosystem first before jumping.

Yash Patel​, general partner at Telstra Ventures, suggests the tech is key. And as a later-stage startup investor, Patel expects traction. “Due diligence on tokenomics is my North Star. I focus on user acquisition plus tokenomics, yet the data analytics of where the last three clicks came from is much harder in Web3.”

“To an extent, airdrops are ‘customer acquisition costs’ renamed,” he says.

So, understand the roadmap and tokenomics when you jump

Do your homework before jumping to Web3, and consider the advantages and disadvantages of getting paid in tokens. Ex-Googler-turned-DeFi-man Grubb suggests that “It’s still a bit hard to pay people in crypto in the U.S., though quite a few companies are popping up trying to solve this problem. Also, we’ve still seen people wanting fiat for regular employment, so it’s a mix of more infrastructure needed as well as demand.”

“Though this hasn’t stopped some companies from famously paying their staff in crypto.”

Getting paid in tokens is not the same as getting equity in a business. “The faster access to liquidity with tokens is both a blessing and a curse since employees are more likely to join but may leave as soon as they get liquidity,” Grubb tells Magazine.

“However, I think this is a good thing, as equity/options in previous companies asked employees to take huge risks with little horizon for liquidity unless the company got acquired or went public.”

Web3 salaries being paid in tokens also mean they can be volatile. Given that all startups are risky, cashing out a percentage of tokens as soon as possible is always smart.

It may be a good idea to ask to see a capitalization table and consider who invested and when those tokens are unlocked and can be dumped.

“Web3 operates within a still-questionable regulatory environment with perverse incentives. Founders and employees should want control and to make sure their team doesn’t get dumped on,” cautions Bernstein. Then there are tax issues.

Been transferring your crypto between different wallets, and wondering what the potential tax implications of doing so are? 🤔

Wonder no more! We break it down for you in our latest blog: https://t.co/NnbyOsLpT8 pic.twitter.com/58meiRhiHi

Beware the pitfalls of token taxation

Former Web2 employees need to come to terms with a baffling new array of terminology about tokenomics and vesting and must work out whether being paid in locked tokens is worth the risk of them going to zero and still having to pay a massive tax bill down the line.

Shane Brunette, founder of CryptoTaxCalculator, suggests determining one’s income tax liability and converting this amount back to fiat as soon as the tokens are received.

“New Web3 participants need to consider the tax implications of being paid in locked tokens, which can be uncertain due to the lack of clear guidelines,” Brunette tells Magazine.

It’s just so early still. Web3 joiners may believe in the decentralized ethos, but they may not have the technical knowledge of what is being built. Web3 joiners making a career switch rely on the promises of founding teams.

Web3 companies with good business models have the potential to go to market faster, offering a potentially faster path to profitably. These can be powerful incentives to join. But there’s a major conceptual difference between the two spheres that Web3 joiners need to be keenly aware of, according to Sanjay Raghavan, head of Web3 and blockchain initiatives at Roofstock.

“Web2 companies have traditionally considered their walled-garden technology stack as their core IP. Web3, on the other hand, is based on open source and decentralization, giving power back to the people. In this new model, code is no longer your IP — rather, it’s about creating a passionate, involved community. That’s your competitive moat.”

And “see if something is actionable — what’s real and what’s not real,” says Raghavan.

The legal dangers of getting involved with DAOs –…

Amber Vittoria crushes it in her ‘Big Girl Pants’ –…

The legal dangers of getting involved with DAOs – Cointelegraph Magazine