How will the “Everything Bubble” bursting impact crypto? 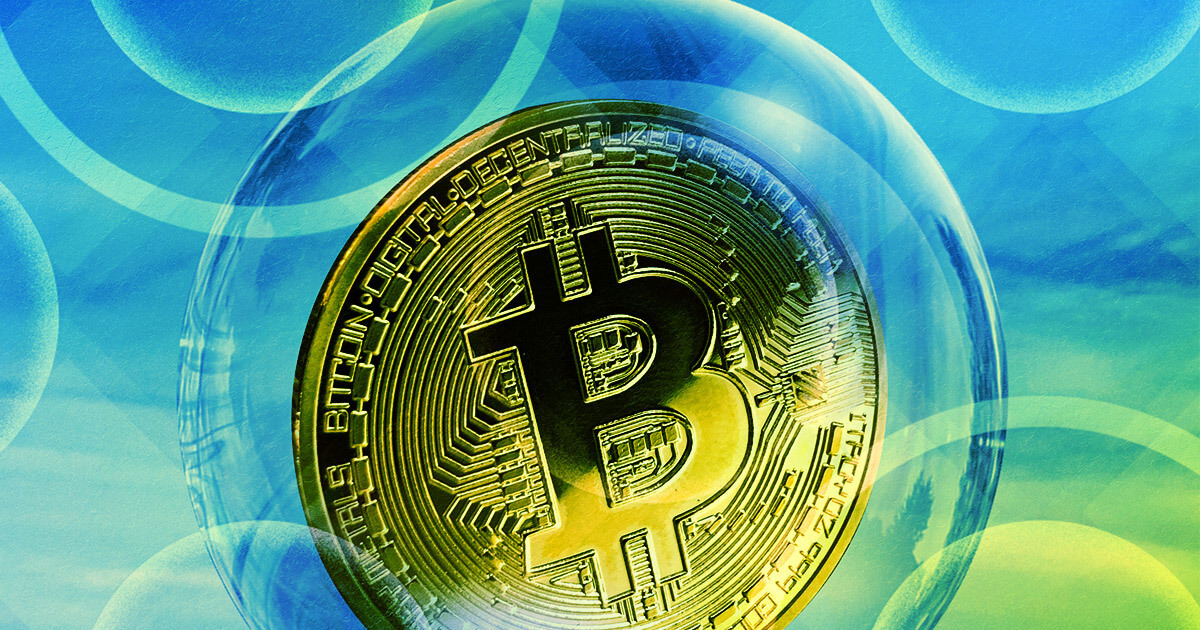 Recent events have demonstrated how brutal crypto investing can be. Since the market top, some eight months ago, approximately $2 trillion of capital has left the space leading to plunging prices.

Since markets made a local bottom on June 15, prices have traded relatively sideways. However, considering broader macroeconomic factors, some call for further, more significant drops as the “Everything Bubble” bursts.

The question is, how will such a scenario impact cryptocurrencies.

While crypto bear markets are nothing new, what is unusual is the same pattern playing out across a wide range of asset classes at the same time.

For example, considering crypto’s close correlation with stocks, it should come as no surprise the S&P 500 is down about 22% from its January peak.

Similarly, the U.S. housing market is also showing signs of a slow down. Mortgage applications are down almost 30% from their peak. And data from Zillow and the National Association of Realtors showed the volume of U.S. monthly home sales had hit double-digit declines over the past year.

Similar events are occurring in the respective housing markets of the U.K., Canada, Australia, New Zealand, and Sweden, among other developed nations.

What’s even more baffling is that gold, which typically performs well during times of stress, is down 16% from its March 8 local top and struggling to make a convincing case as a safe haven asset.

In a recent interview with Kitco, Economist Harry Dent characterized this situation as the “Everything Bubble,” — meaning investors will have nowhere to hide once it pops. He predicted gold to sink to $900 and Bitcoin to fall to $3,000, at their lowest points.

‘Everything bubble’ will burst, gold to $900, Bitcoin to $3k before hitt… https://t.co/bu1YJe4gjX via @YouTube

However, Gaurav Dubey, the CEO of incubator platform TDeFi, preferred to frame the Everything Bubble as a naturally occurring cycle rather than an apocalyptic event.

By email, Dubey clarified that using the terms either bubble or cycle is primarily determined by the level of commitment. In that, a heavily committed party, disappointed with price performance, would be biased towards using bubble.

Nonetheless, for reasons explained later, he sees a market-wide crash as good for crypto.

How did the Everything Bubble arise?

The Everything Bubble is a continuation of circumstances from the 2008 financial crisis. It was triggered by central banks flooding the market with liquidity, bailing out the banks, lowering lending standards, and keeping interest rates low — resulting in a severe contraction in money and credit markets.

In a recent interview, co-founder of fund manager Edinburgh Partners, Sandy Nairn, said the effect of QE was an artificial suppression of the cost of money. In turn, this fostered more risk-taking and made people feel prosperous and want to spend money.

“We’re suppressing the cost of money to make people take on riskier assets, to inflate assets, to make them feel welfare and make them spend. And they’ve been highly successful.”

Nairn said the absence of inflation at the time gave central banks the impression that they could carry on with QE indefinitely, leading to a situation where the cost of money has been suppressed for over a decade. This money found its way into asset prices, pumping them well beyond fair valuation, especially in the case of housing which should be in equilibrium with average salaries/affordability.

Now that inflation is here, central banks have no choice but to raise interest rates and employ the reverse policy of Quantitative Tightening (QT). QT involves the central banks reducing the financial assets held on their balance sheet by selling them in the open market.

The net effect of QT will be an increase in bond supply, leading to higher yields raising the cost of borrowing, and lowering the appetite to borrow money. Less borrowing will result in less spending, cooling the economy while dampening asset demand and putting pressure on asset prices.

All in all, the outlook for assets is grim.

What does this mean for crypto?

This week’s rally does not detract from the potential of new incoming lows across the board. Dubay said should this happen, in some ways, it could be beneficial for crypto in the medium to long term.

From an institutional perspective, which focuses on capital and investment opportunity, Dubay said any market “will naturally get better attention” from institutions following a price bottom. The upshot is more confidence in crypto due to an obvious link with capital markets.

“Not only has the cryptocurrency market seen a bottom in tandem with the capital markets before, but it also saw a fall in 2017 with the sign of the Dow Jones crash. The confidence is growing because the link is stronger than it was before.”

Similarly, from a marketing perspective, Dubay holds that “no marketing is bad marketing.” Meaning negative press associated with plummeting prices is a marketing strategy in itself. He expects a pop to result in “an influx of fresh investment” entering the space, especially during the next bull phase.

“This is a massive marketing strategy in and of itself, and we may anticipate a large gain and an influx of fresh investments and options in the next bull run (even in the bear run, although the effects will be better reflected in the next bull run).”

Where does this lead?

According to Dubay, markets will recover even if the Everything Bubble bursts. That being so, he has high hopes for what the future will bring.

Dubay describes his vision as integrating blockchain and crypto technology into our everyday lives. Such integration includes technologies and protocols challenging centralization and bringing about a paradigm shift in governance and business systems.

What’s more, through tokenization, capital markets will be democratized, leading to retail investors and users operating the same role as venture capitalists in the present.

“So in simple terms, I envision a future where the benefits for VCs and retail investors are the same.”

While Dubay is confident that the industry, as a whole, will survive an extended period of depressed prices, he pointed out that the success of individual projects will be primarily determined by real-world utility.

Drawing parallels with the late 90s dot-com bubble, Dubay said when the mania ended, companies that lacked both utility and a sustainable business model disappeared. But companies with vision and utility, such as Amazon, Qualcomm, Microsoft, and eBay, rose from the ashes to become multi-trillion dollar businesses.

The post How will the “Everything Bubble” bursting impact crypto? appeared first on CryptoSlate.

A short-term BTC rally or trend reversal? Find out now on ‘Market Talks’ with Crypto Jebb