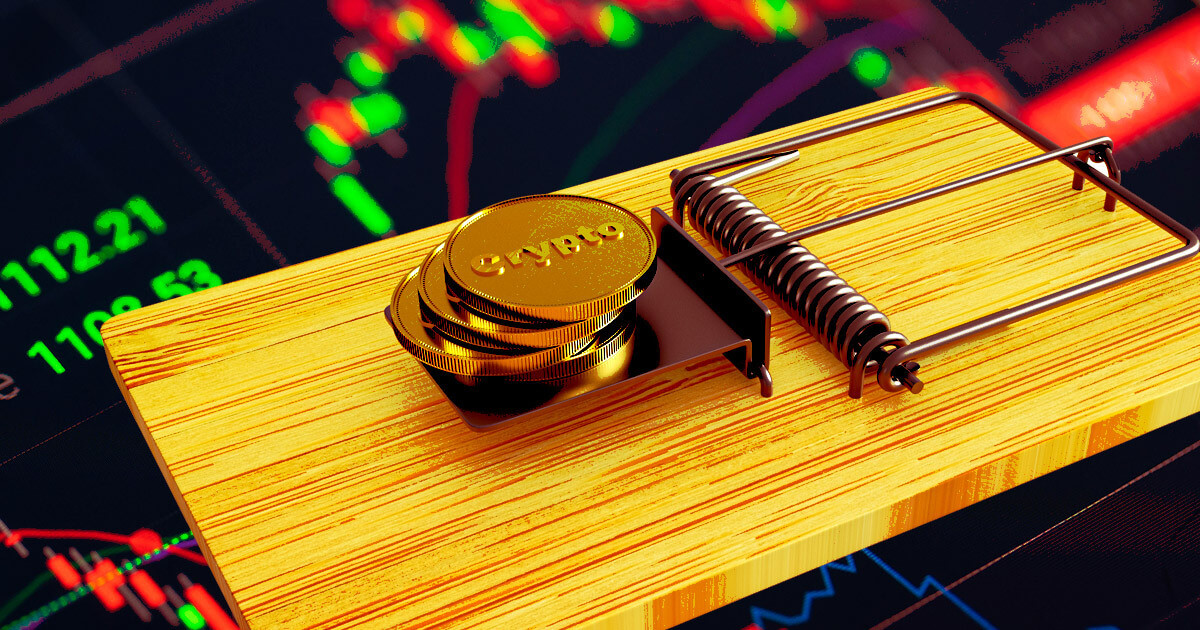 The expression hindsight is 20/20 comes to mind when thinking about the crypto crash. Since the November 2021 peak, the total crypto market cap has fallen about 70% in value, and crypto investors, regardless of how early they bought, are feeling the pinch.

Verena Ross, the Chair of the European Securities and Markets Authority (ESMA,) said investors should consider the crash a “cautionary lesson” in putting money into unregulated assets, according to the FT.

“I think there is a real question about whether many of these [crypto assets] will survive . . . I hope that some of these investors will see this and will take a cautionary lesson at least to think about how much of their money they invest in these kinds of assets.”

Ross pointed out that the ESMA had warned retail investors earlier this year of the severe risks involved with cryptocurrency investing, implying that financial losses due to the downturn are self-determined.

While there’s an element of truth to that, there is also an oversimplification of the matter for several reasons. For one, regulated assets are also trending downwards at this time. And a significant appeal of digital asset investing lies in its anti-authority spirit – which is something that transcends short-term price action.

Nonetheless, the price remains the primary yardstick to measure success or failure, and even the most staunch crypto advocates will be feeling the pain where it hurts – in their portfolio tracker.

To draw edification on the matter, CryptoSlate reached out to several industry figures to find out what lessons can be learned.

Industry leaders share their thoughts on the crypto crash

All markets move in cycles, and basing an investment strategy on “optimistic growth projections” is “doomed to fail” at some point, said Starr. That being so, the recent crash hammered home the importance of recognizing that crypto markets, like all markets, move in cycles.

“The recent downturn will serve as a wakeup call to many investors – that crypto, despite having ample runway and room to grow, is still subject to the same cyclical market conditions as all other assets.”

Starr signed off by saying the key lesson to take on board is to reign in risk acceptance and be satisfied with “realistic sustainable yields.”

Garry Krugljakow, the founder and CEO of GOGO Protocol and 0VIX, had a similar message to Starr, saying the expectation that markets will continue climbing higher forever is mistaken.

Krugljakow also pointed out that rapidly evolving market variables often fail to account for market health – catching investors off guard. Fleshing this out with an example, Krugljakow said, in the case of DeFi, available models (for risk assessment and health analysis) don’t often evaluate a user’s “credit worthiness,” which can lead to overexposure.

“If we narrow the scope to DeFi, for instance, we know that the health and stability of the lending system depends on the collateral value that borrowers provide, but, while risk assessment associated with asset price fluctuations has improved, the models often fail to address users’ ability to lend and borrow multiple assets.”

Chiming in with investor analysis, Michael Rosmer, the CEO and co-founder of DeFiYield, said timing the market “is usually a fruitless endeavor.”

Reiterating the adage that past performance does not predict future movements, Rosmer pointed out that, unlike previous cycles, the recent bull market did not end with a blow-off top. Thus giving investors watching for this a false sense of security. The lesson here is to set aside ingrained market expectations.

“People also believed that we’d see a blow-off top, because that’s happened in previous cycles. But that thinking fails to understand that markets behave based on what people are anticipating and preparing for, so often what people expect to happen is not likely to happen.”

In rounding off his tips, Rosmer advised investors to be aware of price euphoria, as he considers it a leading indicator of an overly hot market. During such times, the smart play would be to lower one’s risk exposure.

Bitcoin is the leading cryptocurrency for a reason

Bitcoin has generally fared better than the alts, losing about 70% of its value from its November 2021 all-time high (ATH). In contrast, significant large-cap losers include Solana and Algorand, down 87% and 92% from ATHs, respectively.

Regarding lessons to heed, Max Keiser said, “there were no new lessons,” in the sense that investors should have already learned from previous crashes. However, he forewarned that unscrupulous individuals will continue to target “a new generation of naive, greedy, suckers.”

For this reason, Keiser doesn’t endorse complex, high-yielding DeFi products or alts in general. Instead, the only way to “escape the madness” and protect yourself is to stick with self-custody Bitcoin and hodl, said Keiser.

The post How to avoid the pitfalls of crypto investing in preparation for the next bull run appeared first on CryptoSlate.

Bitcoin May See Another 5 – 6 Months of Downward or Sideways Price Movement – Grayscale Report.