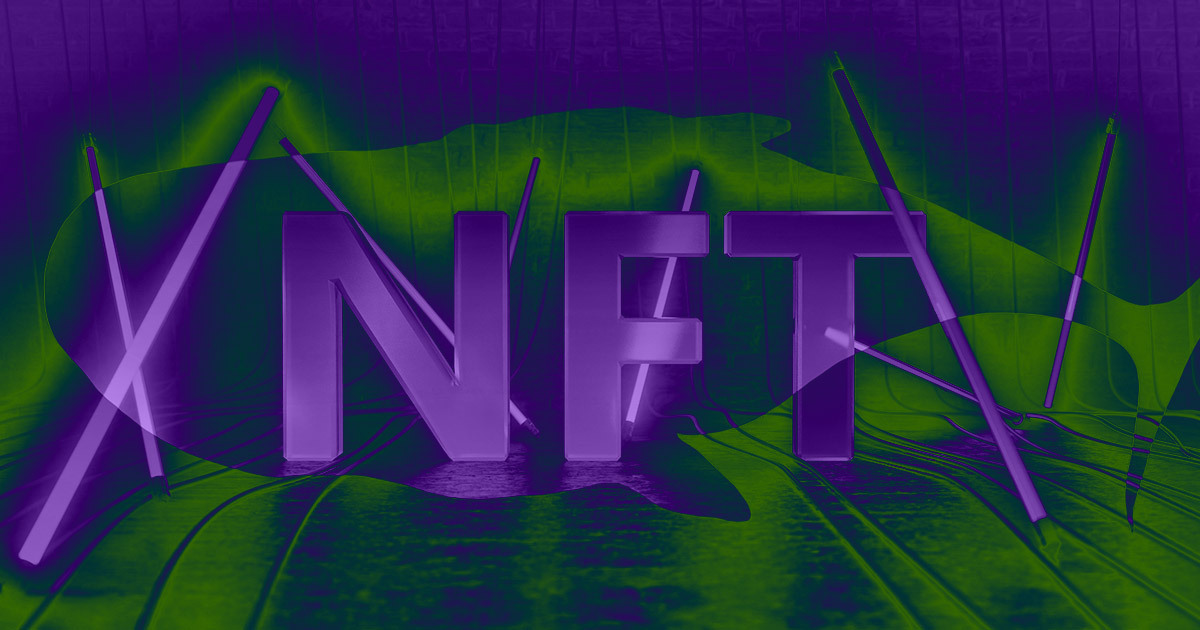 The joke started on July 19 when Franklin asked his followers which “phrase or meme” they wanted him to place a 100 WETH bid on to trigger the ENS Bids Twitter bot account.

What phrase or meme do you want me to have the ens bot tweet out as a .eth address with a 100 WETH bid? Lol I would have to mint the ENS address myself too.

Franklin then registered “stop-doing-fake-bids-its-honestly-lame-my-guy.eth” using a different wallet and placed a 100 WETH bid from his main wallet.

However, Franklin got a surprising offer of 1.9 WETH (roughly $2800) from someone else for the ENS domain. He accepted the bid, took to Twitter to celebrate his “win,” and forgot to cancel his last 100 WETH offer for the same ENS name.

Well this is the most surprising 1.891 ETH I have ever made. I owe it all to #ENS and @gweiman_eth’s creative idea. #Marketing101 pic.twitter.com/wk6CFBkugx

Meanwhile, less than 30 minutes later, the new owner of the ENS domain name accepted Franklin’s forgotten 100 WETH bid –essentially selling the domain name he bought from Franklin for $2800 back to him at $150,000.

Oh no, I lost 100 ETH. I was celebrating my joke of a domain sale, sharing the spoils, but in a dream of greed, forgot to cancel my own bid of 100 ETH to buy it back. This will be the joke and bag fumble of the century. I deserve all of the jokes and criticism.

Franklin took to Twitter to lament the situation tweeting that he didn’t get “botted” and had “plenty of time” to cancel his offer.

The Bored Ape whale is now trying to regain his lost 100 WETH by refunding the 1.9 WETH he got from the ENS domain sale. He, however, admits there is a “0% chance” he would get back his funds.

Here is a summary of what happened. There’s a 0% chance I’ll get back whatever the person who sold into my stupid joke bid, but I might as well try. I sent them this NFT:https://t.co/PeRU3OIQjr pic.twitter.com/SPmwsSlgIa

i ripped this guy off for 100 eth and he just sent me another 1.9? pic.twitter.com/TXtBxqvkhB

As of press time, it is unclear whether Franklin got back his 100 WETH.

Twitter’s crypto community has been divided in their reaction to this situation.

Some argued that the new seller should keep his holding, while others think Franklin should be refunded.

I was thinking the same thing today! I feel so bad for Franklin and we’ve seen how easy it is to forget or make mistake. Hopefully the seller decides to do the right thing

Damm this is tough. I want to say it’s fucked up but in a way that person kind of earned it. They bet 2 ETH on this play. High risk high reward. They could have easily been down 2 ETH if the bid would have canceled and then accepted. I hope you make your money back fam

Some community members also used the opportunity to troll Franklin.

An NFT collector DC Investor said everyone should learn from Franklin’s mistake and “respect the blockchain as a fiduciary layer.”

y’all gotta respect the blockchain as a fiduciary layer and not go around making joke bids on stuff, signing 100 ETH from your wallet

i do feel bad for Franklin’s loss here, but let it be a lesson to everyone https://t.co/aheENKpPrS

The post How this NFT whale lost $150K to a ‘joke’ appeared first on CryptoSlate.

Blockchain and cybersecurity awareness on the rise: PolySwarm CEO