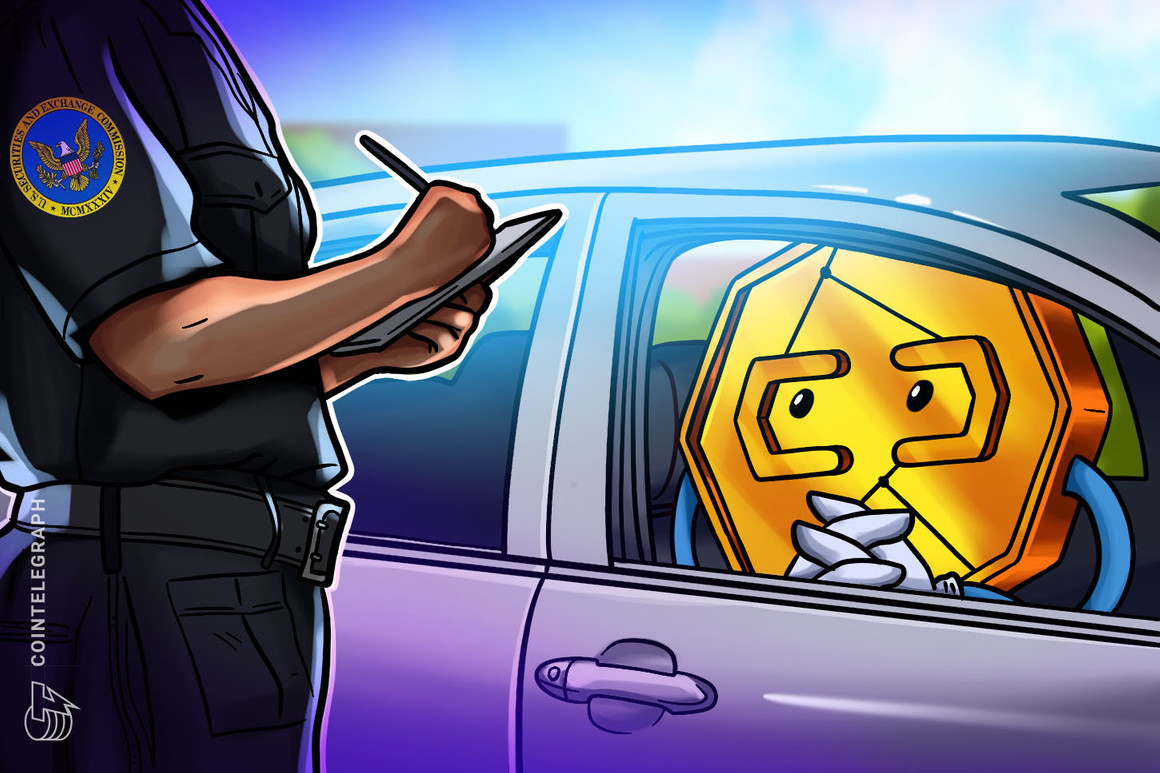 The crypto sector may be maturing, but regulatory clarity around the treatment of digital assets continues to remain cumbersome.

This was recently highlighted by Commissioner Hester Peirce — also known as the United States Securities and Exchange Commission’s (SEC) “crypto mom” — in remarks she made at “The Regulatory Transparency Project Conference on Regulating the New Crypto Ecosystem: Necessary Regulation or Crippling Future Innovation?”

Peirce began her speech by emphasizing the importance of “regulating the new crypto ecosystem.” While this may be, Peirce also noted that the crypto industry is still in search of an actual regulator. She said:

“A bipartisan bill announced last week attempts to answer that question. Some people in the crypto industry are celebrating the allocation of certain authorities to the Commodity Futures Trading Commission (CFTC) instead of the Securities and Exchange Commission. This view is likely rooted in a disappointment that the SEC has not used more proactively the authorities it already has to sensibly regulate crypto.”

Everyone asks me when a spot bitcoin ETP will be approved. Here’s my answer: https://t.co/25M5kCDF1Q

After noting this, Peirce added that she is “hopeful that we can change course and use our existing and any prospective authorities wisely.” Yet, before explaining how this may be accomplished, Peirce was quick to point out that her criticisms on topics such as the denial of a Bitcoin (BTC) exchange-traded product (ETP) are targeted at the SEC Commission rather than the staff. “The staff appropriately is following the Commission’s lead, and the Commission has not been leading well,” she remarked.

While a number of digital asset bills have been passed this year, the first half of Peirce’s speech focused on the approval of a spot Bitcoin ETP in the United States, which she mentioned is the question she gets asked about most. While spot ETPs have successfully launched in other regions such as Europe and Canada — which saw 1 billion Canadian dollars in assets under management a month after its launch in 2022 — the SEC has continued to push back on this offering.

Unfortunately, Peirce remarked that she still “has no idea” when the SEC would approve a spot Bitcoin ETP, noting that “the Commission has added crypto-specific hurdles to what used to be fairly straightforward processes for approving these pooled investment vehicles.” Moreover, while Peirce is aware that the Commission’s resistance to a spot Bitcoin product is difficult to understand, she noted that the Commission has “determined to subject anything related to Bitcoin.”

Indeed, while the U.S. crypto ecosystem continues to push forward, industry experts are still left pondering whether a spot Bitcoin ETP will soon be approved. Eric Balchunas and James Seyffart, an exchange-traded fund (EFT) analyst for Bloomberg, recently said that if crypto platforms fall under the SEC’s regulatory framework, a spot ETF may occur in mid-2023.

However, the bipartisan crypto bill, also known as the “Responsible Financial Innovation Act” that was introduced in the United States Senate on June 7, 2022, has yet to determine if the SEC or CFTC will be responsible for the allocation of digital assets.

Regardless, the push for a spot Bitcoin ETP remains a strong-willed battle, especially for digital asset management firms like Grayscale Investments. Michael Sonnenshein, CEO of Grayscale, recently said that the firm is gearing up for a legal fight if Grayscale’s Bitcoin spot ETF is denied by the SEC.

Shortly after this disclosure, Grayscale hired Donald B. Verrilli, a former U.S. Solicitor General, to join the firm to help push for a Bitcoin spot ETF. During a press conference at Consensus 2022, Verrilli went into detail about his plans to convince the SEC to convert Grayscale’s Bitcoin Trust into a spot-based ETF.

According to Verrilli, the SEC’s approval of a Bitcoin futures ETF proved to be consistent with U.S. Security Laws, demonstrating that there was no significant underlying risk or fraud and manipulation. As such, Verrilli believes this created a situation where the approval of a Bitcoin spot ETF should be treated similarly to that of a futures ETF. He said:

“The Administrative Procedure Act is a federal statute that regulates the conduct of all federal agencies, including the SEC. It sets out rules about what kinds of procedures agencies have to comply with. One of the most fundamental of these is that the agency not be ‘arbitrary and capricious.’ There is a common sense understanding that it’s arbitrary and capricious to treat cases that are alike in a different manner, and that is what the problem is here for not granting approval of a spot ETF.”

Recent: Blockchain’s potential: How AI can change the decentralized ledger

Peirce further explained in her remarks that the SEC allowed futures-based Bitcoin ETFs to begin trading in October 2021, saying:

“Enabling the change was a clear signal from Chair Gary Gensler, who pointed to the 1940 Act protections, along with the CFTC’s oversight of the futures markets, as a key basis for his comfort with such products. These funds proved popular, but demand for a spot-based product remains because futures products are more expensive to manage and may not as closely track the spot price.”

Peirce elaborated on the importance of a spot ETP, noting that this type of product “could enable retail investors to gain exposure to Bitcoin through a securities product that, because of the effective ETF arbitrage mechanisms, likely would track the price of spot Bitcoin closely.” She added that it would likely be inexpensive to manage such a fund, while sitting “conveniently in an investors’ brokerage account alongside other securities.”

In addition to the approval of a Bitcoin spot ETP, regulatory clarity around stablecoins is becoming more important than ever before. This has become the case mainly due to the recent collapse of the Terra ecosystem. Senator Pat Toomey, the ranking member of the Senate Banking Committee, told Cointelegraph that the Terra collapse influences legislation in the sense that it serves as a “wake-up” call to the federal government.

“My own view is that algorithmic stablecoins should be treated separately from fiat-asset backed stablecoins. They are totally different creatures,” he said. However, Toomey added that there is currently no regulatory regime for asset-backed stablecoins. Yet, he believes this is important to establish, noting that stablecoins backed by traditional instruments like cash and securities plug into the conventional financial system.

Given this, it’s important to point out that Toomey recently drafted a regulatory framework for stablecoins, known as the Stablecoin Transparency of Reserves and Uniform Safe Transactions Act, or TRUST Act. This framework proposes that digital assets be identified as “payment stablecoins,” or a convertible digital currency used as a medium of exchange that can be redeemed for fiat by the issuer. While the TRUST Act remains a framework, Toomey mentioned that stablecoin regulation might appear at the end of 2022.

Shedding light on this, Kevin O’Leary — venture capitalist and Chairman of O’Leary Ventures — told Cointelegraph that while the bipartisan bill sponsored by senators Cynthia Lummis of Wyoming and Kirsten Gillibrand of New York addresses stablecoin regulation, he thinks that the frameworks proposed by Toomey, along with the Stablecoin transparency ACT sponsored by Senator Bill Hagerty, will likely pass first:

“Both of these are the same in the sense that they only contemplate stablecoins. In terms of regulation, these suggest that stablecoins open themselves up for an audit every 30-days, and that no asset inside these tokens can be there longer than a duration of 12-months.”

According to O’Leary, this is a money-market strategy. He added that Circle’s USD Coin (USDC) stablecoin hasn’t broken its U.S. dollar peg, even with recent crypto market volatility and the Terra collapse. “There is a lot more promise today from something backed 100% by the U.S. dollar than there is from something algorithmically backed.”

According to Peirce, the lack of regulatory clarity within the crypto ecosystem has proven that the SEC Commission requires a more productive path to regulation. “The Commission’s reluctance to approve a spot Bitcoin ETP is of a piece with its more general reluctance to build a regulatory framework for crypto using standard regulatory processes,” she stated in her speech.

As such, Peirce pointed out that the SEC has “cobbled together a regulatory framework through enforcement actions.” Peirce demonstrated this by referencing the BlockFi and SEC settlement that took place in February 2022.

She noted that the SEC laid a foundation for BlockFi to register under the Securities Act, which, if successful, could likely become the standard for regulating crypto lending. While notable, Peirce explained that a better approach would have been to first identify crypto lending as implicating the securities laws and to then invite lenders and other members of the public involved with the case to discuss an appropriate path forward.

Toomey also mentioned that SEC Chair Gensler has been “pushing the limits of authority,” mentioning this last week during his press conference at Consensus 2022:

“I also think he has claimed that virtually all crypto assets are securities without explaining how and why that is so. This is not reasonable because it creates concern about an enforcement action without someone fully understanding what will result in enforcement action and what won’t. Regulation by enforcement is a terrible approach.”

Given crypto’s current regulatory environment, it’s notable that Peirce concluded her speech on a high note, remarking that she is “optimistic that we can change course,” as long as both investors and the SEC take a more proactive approach.

Although this “approach” remains rather vague, some examples of how this may take shape have come to fruition. For example, O’Leary explained that WonderFi Technologies, a decentralized finance (DeFi) platform, will become the first Canada-regulated digital asset exchange to be listed on the Toronto Stock Exchange (TSX).

“TSX has never listed a crypto exchange before, but invited WonderFi to list because they are fully compliant and there is institutional interest in the sector,” he said. O’Leary also mentioned that he believes cryptocurrencies will become the twelfth sector of the S&P 500 over the next decade because of the potential digital assets provide, such as reducing high fees and speeding up financial services in various economic sectors.

All things considered, the listing of WonderFi on the TSX is important for U.S. regulators because it demonstrates how investors can work with regulators to make strides in the industry. O’Leary also mentioned that G7 country regulators talk to each other daily, noting that he thinks the SEC views advancements in Canada as potential use cases that may work in the United States: