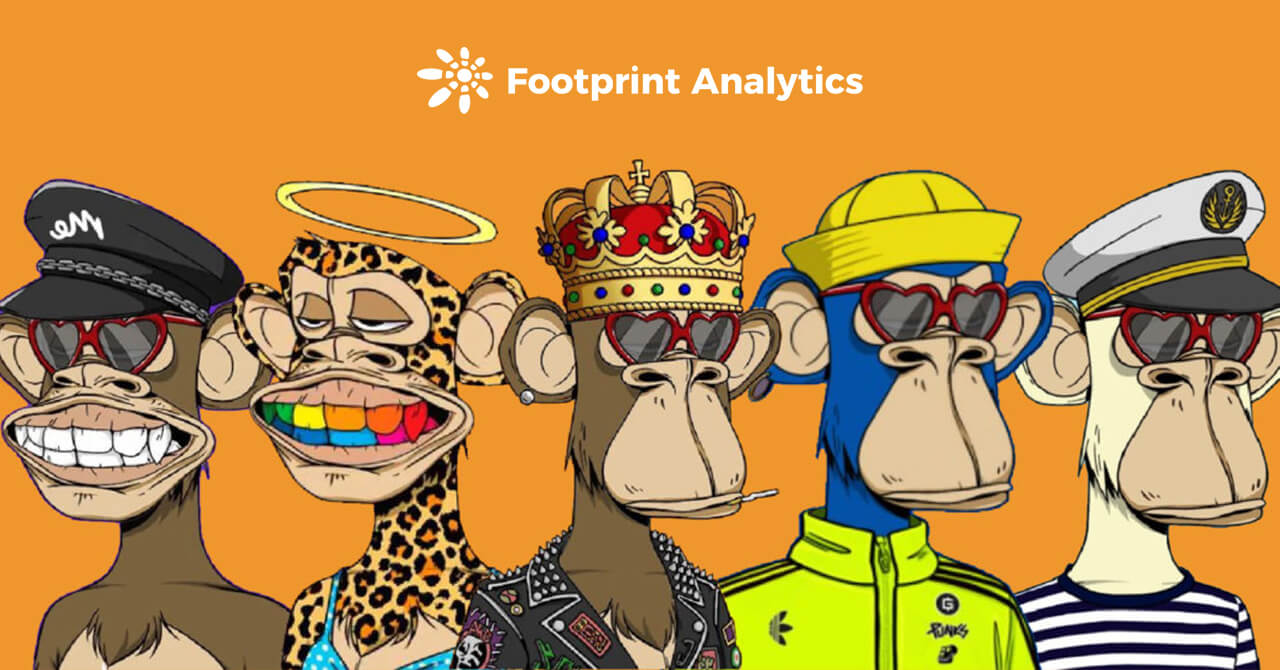 About 12 hours after they went live, Yuga Labs’ NFTs went viral. This led to one of the most famous late-night segments between Jimmy Fallon and Paris Hilton, helping boost the visibility of BAYC. Celebrities like Stephen Curry, Gwyneth Paltrow and Post Malone started purchasing these profile-pic NFTs as status symbols.

The popularity of BAYC NFTs has made them a trendy item to showcase on social media among the rich.

Despite the explosive hype about BAYC in spring 2021, the project has sustained itself as one of the most prized NFTs in the digital collectible world, especially during this year’s crypto bear market.

This was in large part due to Yuga Labs successfully expanding the scope of the project well beyond the original NFT collection into an ecosystem with NFT add-ons, a future metaverse, and a token that ties the whole company’s portfolio of projects, which it calls the “Yugaverse”, together.

What makes BAYC so special?

Owning a BAYC NFT makes you a “Bored Ape Yacht Club member”. Some of the benefits are:

The data has shown that BAYC transactions have not stalled despite the crypto winter of 2022. From February to May 2022, there were three spikes in trading volume and trade count. In each of these spikes, there were at least 45 transactions totaling at least $35 million.

The BAYC founders launched a secondary collection of NFTs to incentivize its community with rewards and freebies. The collections include the following:

Though there are 9602 NFTs compared to 19,425 MAYC NFTs, the scarcity of BAKC has not made it more valuable than MAYC. It only has the second-lowest floor price at 7.3 among its peers in the BAYC ecosystem. These numbers show that the BAKC has a middle-tier price in comparison with BAYC, MAYC, and Otherdeed for Otherside.

Launched on April 30, 2022, Otherdeed for Otherside NFTs let users buy real estate in a future metaverse—Otherside—in development by Yuga Labs. As of August 18, the floor price is 1.7 ETH (about $3,184). Each Otherside plot has different characteristics and resource production capabilities, the specific uses of which are still unknown.

The cinematic trailer for the project features Bored Apes inhabiting the land of Otherside, among other Yuga NFT collections. The teasers and images all feature Bored Apes prominently, so even though Yuga has not explicitly stated it, they are teasing that they will play a critical part within this world.

Though BAYC collections traditionally have a high price tag, Otherdeed for Otherside has the lowest floor price among the collections in the BAYC ecosystem as of August 15, 2022. Currently, the floor price is 1.749 ETH compared to BAYC, MAYC, and BAKC.

There are 100,000 NFTs, making it less exclusive than other collections in the BAYC ecosystem. Though the Otherdeed NFT collection is a few months old, there are over 34,000 landowners, according to OpenSea. The number of Otherdeed NFT holders currently outnumbers the holders of BAYC, MAYC, and BAKC altogether.

Although it is the newest NFT collection in the BAYC ecosystem, it is ranked third in largest market cap among all NFT collections.

ApeCoin is an Ethereum-based governance and utility token used throughout the Yugaverse to incentivize a decentralized community. ApeCoin holders govern the ecosystem using a decentralized governance framework and decide how the ApeCoin DAO Ecosystem Fund should be utilized.

Since its inception during the crypto bear market, there have been a growing number of unique wallets containing ApeCoin.

The chart above shows that there are over 85,000 unique holders. This implies that some people want to be part of the BAYC community even if they cannot afford to buy the expensive NFTs.

The chart below shows that the top 100 holders only account for 51% of the market cap of ApeCoin. In other words, ApeCoin is not monopolized by the ultra-rich or whales, unlike BAYC NFT collections. It is evident that retail investors also make a significant fraction of the ApeCoin market cap.

The BAYC NFT collection and Apecoin are showing promising numbers in terms of trading volume in U.S. dollars and unique wallets for the past several months. From December 2021 to August 2022, the market capitalization for the BAYC collection grew from 114,302.53 ETH to 759,917.38, a 564.8% increase within nine months. This increase can be seen below in the chart.

As of August 15, 2022, Bored Ape Yacht Club still ranks number one with the largest market capitalization. Furthermore, it is also worth noting that there are only 6446 items owned out of the 10,000 total items in the collection. This implies that NFT scarcity in the BAYC collection is also a driving factor for price increase and floor price increase since its inception.

The NFT space is still young, and it is highly speculative as prices can still fluctuate regardless of supply and demand. It is critical to do your research before making a large investment.

This report was prepared by Footprint Analytics.