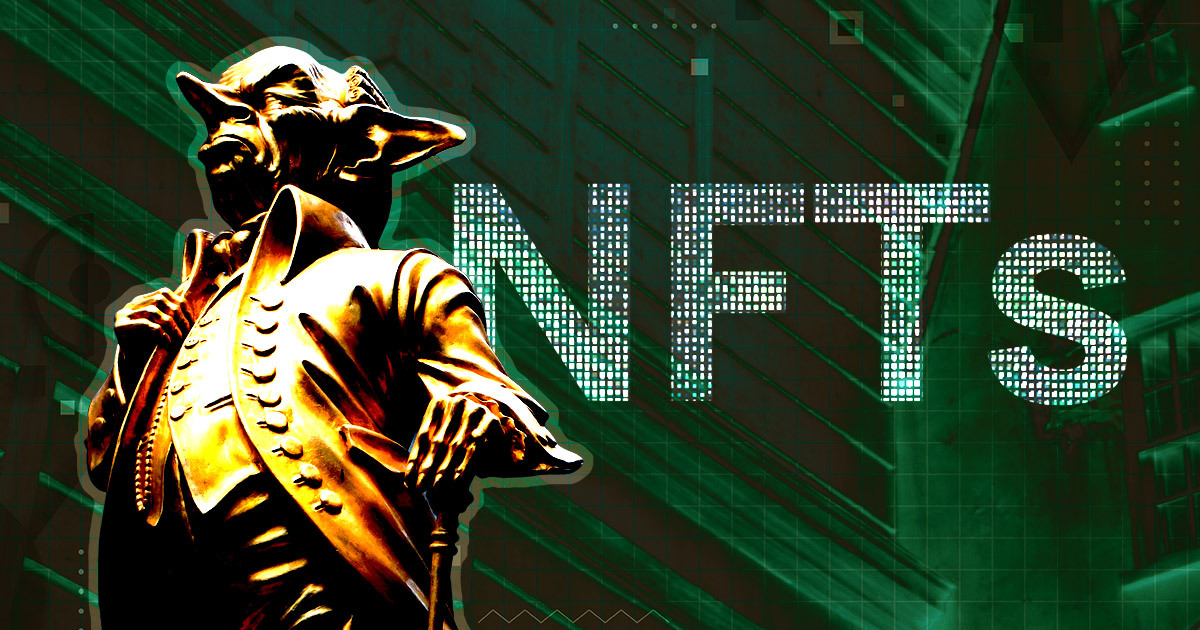 Coinbase to launch Advanced Trade as a replacement for…

Uniswap Labs acquires Genie to integrate NFTs into its…

A mysterious non-fungible token project, Goblintown WTF, is trading at record highs after its recent launch, leaving many to speculate on who is behind the ironic NFT project.

The NFT collection launched on May 22 without much fanfare, but its floor price has now reached 8.25 ETH on OpenSea, at a time when the prices of most blue-chip NFTs are struggling.

According to data from CryptoSlam, Goblintown is one of the most traded NFTs in the last 30 days. It has a trading volume of over $43 million since launch, and the most expensive of the collection, goblintown #6485, was sold for 77.75 ETH ($150,923). Goblintown NFTs’ minting was free.

For context, the trading volume of blue-chip NFT collections like Moonbirds, CryptoPunks, BAYC, Meebits, and Mutant Ape has declined by over 50% within the last 30 days.

While most NFT project developers are quick to bask in the praise for the success of their projects, it appears that Goblintown developers instead prefer to remain unknown as there is little to no information about the creator(s).

I bought a @goblintownwtf for two reasons; 1) I haven’t bought something horrendous in like two weeks. 2) it’s mysterious and weird and rumors are swirling it’s somehow affiliated with yuga? I dunno seems like a recipe for a pump to 1eth #GoblinTown pic.twitter.com/J6T3TiTTpo

Speculation circulating in the space is that Yuga Labs might be connected to the project because it mentioned Goblins as one of its revenue channels for this year in its leaked pitch deck.

The project has also been linked to Beeple, who has denied any connection. The digital artist referred to Goblintown NFTs as a “low effort pump and dump project.”

insane I have to say this, but i have not joined any shockingly low effort pump and dump projects that will remain nameless.

look at the charts of similar projects, you know in your heart how this story ends. 🙄 #NFA

No roadmap, no utility, no problem

Apart from the fact that the project developers are currently unknown, Goblintown is charting a new course as its website clearly states that there is “No roadmap. No Discord. No utility.”

So, instead of focusing on marketing, roadmap, community building, and utility like traditional NFTs, it has done the opposite.

Surprisingly, this novel approach has become the biggest selling point for the Goblintown collection, showing how unpredictable the NFT scene can be.

So far, the project has been working to create an anti-NFT persona. Its Twitter account has been trolling blue-chip NFTs such as the Apes, Clone X, and McDonald’s.

Analysts are also having a field day explaining the collection.

The Goblintown space is either an absolute new low or brilliance. The line is very very thin here. 😭😫😴

Some say it represents the crypto bear market and point out that many Goblin characters have LUNA tattoos, while some appear stuck between calling it a brilliant project and a dud.

Fwiw anyone that buys that shit is an idiot, it’ll be worthless in a couple of weeks.

Coinbase to launch Advanced Trade as a replacement for Coinbase Pro

Uniswap Labs acquires Genie to integrate NFTs into its products