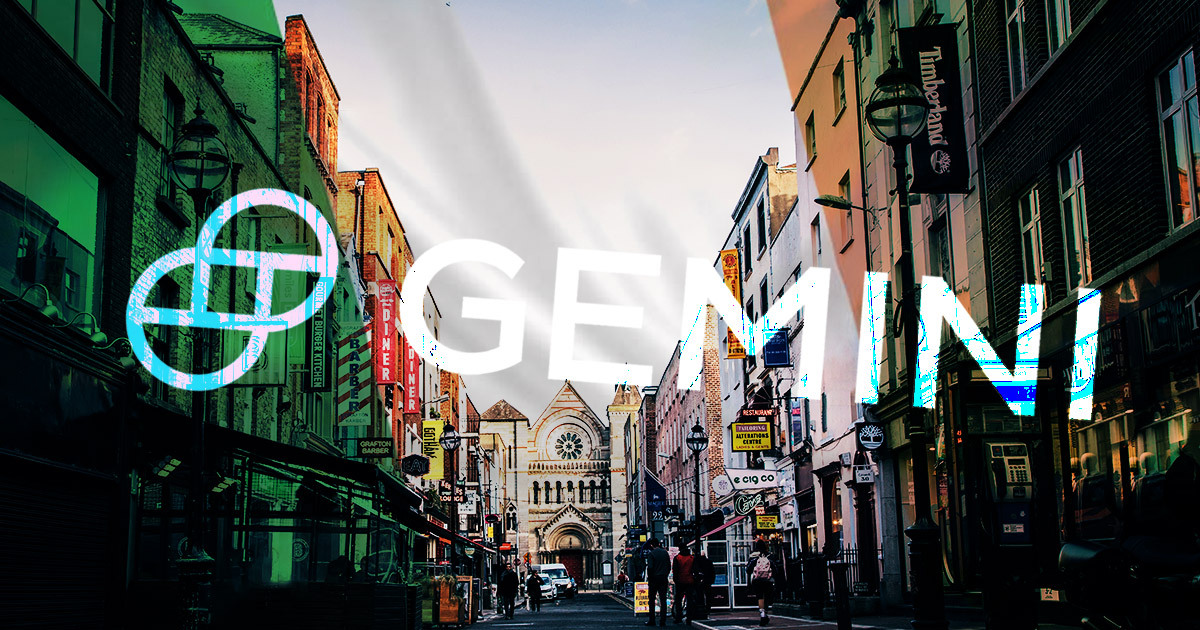 Gemini is officially the first Virtual Asset Service Provider (VASP) to be approved by the Central Bank of Ireland. The approval comes shortly after receiving an e-money operator license from the Ireland regulator.

With the combined approval of a VASP and an e-money license, the US-based crypto exchange will offer its custody and exchange services to customers based in Ireland. In November of 2021, Gemini showed its commitment to expand across Europe by opening an office in Dublin while hiring Gillian Lynch as the Head of Ireland and E.U.

In an official post announcing the expansion, Gillian reiterated the company’s commitment to abiding by laid-down regulations to protect its customers.

“Gemini was founded on the ethos of asking for permission, not forgiveness. Since day one, Gemini has engaged with regulators around the world to help shape thoughtful regulation that both protects consumers and foster innovation.”

The Cameron and Tyler Winklevoss led-exchange Gemini is one of the few crypto companies vocally supporting regulatory efforts in the space.

In a 2019 advertisement campaign held in NYC, with the slogan “Revolution Need Rules,” the company argued that investors’ interests should be protected by following regulations and adopting standard best practices for the crypto market.

“We believe that investors coming into cryptocurrency deserve the same protections as investors in more traditional markets, adhering to the same standards, practices, regulations, and compliance protocols,”

As a regulated crypto exchange platform, Gemini offers a limited range of cryptocurrencies for trading and have received all the necessary license for their operation.

Notwithstanding, Gemini seems to be on the opposing side with U.S. regulators lately. The U.S. Commodity Futures Trading Commission (CFTC) has sued the exchange for making misleading statements in conversations held while filing for a Bitcoin futures contract back in 2017. The commission claimed that Gemini intentionally omitted facts about how the Bitcoin futures contract could be potentially manipulated. In opposing the claim, the exchange has decided to fight the lawsuit.

Meanwhile, recent news suggests that Gemini is not left out from the heat of the crypto winter.

A report by TechCrunch shows that the exchange has allegedly executed its second phase of layoff, which affected 68 employees. The layoff spree started in early June when it reduced its workforce by 10% to cut down costs following the impact of the crypto winter.

While making the announcement, Gemini founders Cameron and Tyler noted that turbulent crypto market conditions might persist as the current macroeconomic and geopolitical issues remain on the rise.