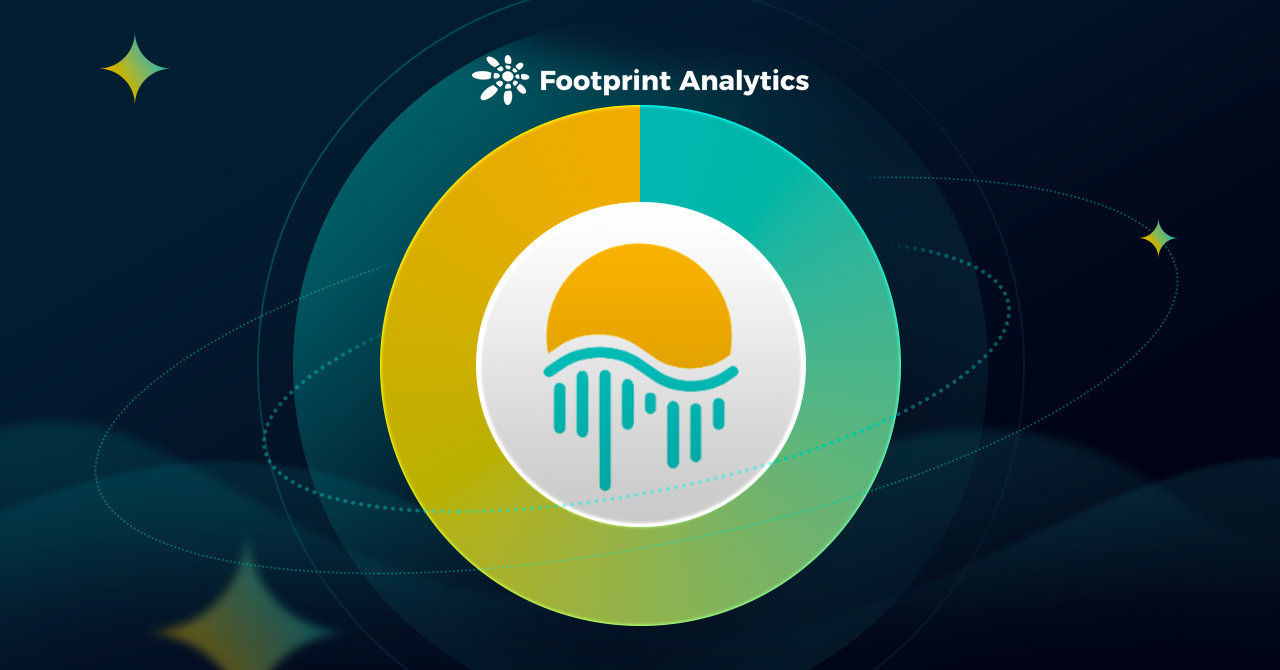 Founded in 2015, Polkadot has been the focus of much attention this year due to its parachain auctions. Footprint Analytics has written an in-depth analysis of Polkadot’s ecosystem: Footprint: Will Polkadot be Blockchains 3.0?

And as Polkadot grows, so too does its ecosystem. Moonriver, the second parachain to get a slot in Kusama, has expanded its TVL to an all-time high of $700 million in mid-October before dropping back to $500 million as of Dec. 12. It is ranked 22nd for TVL, according to Footprint Analytics data.

Moonriver is the canary network of Moonbeam developed by the PureStake team. Moonbeam hopes to build an EVM-compatible smart contract platform that will allow developers to better deploy smart contracts and DApp front-end offices on Ethereum to the Polkadot ecosystem at minimal cost while also connecting to other chains on Polkadot.

Moonriver is connected to Kusama’s relay chain, and Moonbeam is connected to Polkadot’s chain. The relationship between Moonriver and Moonbeam is similar to that between Acala and Karura. In the Polkadot ecosystem, Kusama is a canary network for Polkadot, designed to test the network as close as possible to the real environment of Polkadot to ensure the security of the network.

Projects that want to go live on Moonbeam need to be tested and verified in its permanent test environment Moonriver before their developers can deploy them on Moonbeam, ensuring the code is tested to identify potential problems. So Moonbeam will have a more stable governance system than Moonriver. But Moonriver, like Kusama in the spirit of experimentation, is a community-driven network.

Moonriver has the following features for developers and users to facilitate ecosystem development.

MOVR is the token of Moonriver, with a price of $180 as of Dec. 12. Although the TVL of Moonriver is not ranked high among blockchains, its token price has been ranked third among mainstream blockchains, behind ETH and BNB, and even surpassed the recent popularity of Solana and Avalanche.

Moonriver is more community-focused, and MOVR plays the governance functions with the following main features:

The total amount of MOVR is 10 million. Besides the 30% mentioned above—earmarked for crowdloan contributors—the rest will be distributed as follows:

Moonriver allocates more tokens to the community than Moonbeam’s token GLMR allocation scheme (26% for funding, and about 20% for key members, early and future employee incentives). This strategy makes Moonriver look very different compared to other programs.

Footprint Analytics data shows that Moonriver is still dominated by DEXs and assets projects, with yield only accounting for 5% of the DeFi ecosystem. This is in contract to other head blockchains where DEX and lending are the cornerstones. This distribution is still relatively undiversified, and Moonriver still needs to attract more developers to enrich its ecosystem.

Regarding protocols, the top TVL as of December 12 is AnySwap ($225 million), followed by Moonriver’s native DEX project Solarbeam ($80 million). And SushiSwap in third and fourth place with about $70 million and $52 million.

Moonriver has only been launched for four months but has already become a notable project among blockchains—the price of MOVR is more than many popular blockchains. At present, DEXs dominate Moonriver’s DeFi ecosystem. Given its EVM compatibility, there may be a more robust round of TVL growth when more lending projects are introduced.

The Moonriver team also said that more cross-chain bridges and oracles would be deployed to the chain, and they keep disclosing cooperation with many significant projects in ecosystem construction.

This report was brought to you by Footprint Analytics.

Footprint Analytics is an all-in-one analysis platform to visualize blockchain data and discover insights. It cleans and integrates on-chain data so users of any experience level can quickly start researching tokens, projects and protocols. With over a thousand dashboard templates plus a drag-and-drop interface, anyone can build their own customized charts in minutes. Uncover blockchain data and invest smarter with Footprint.

President Bukele fires back at critics on ‘Bitcoin experiment’