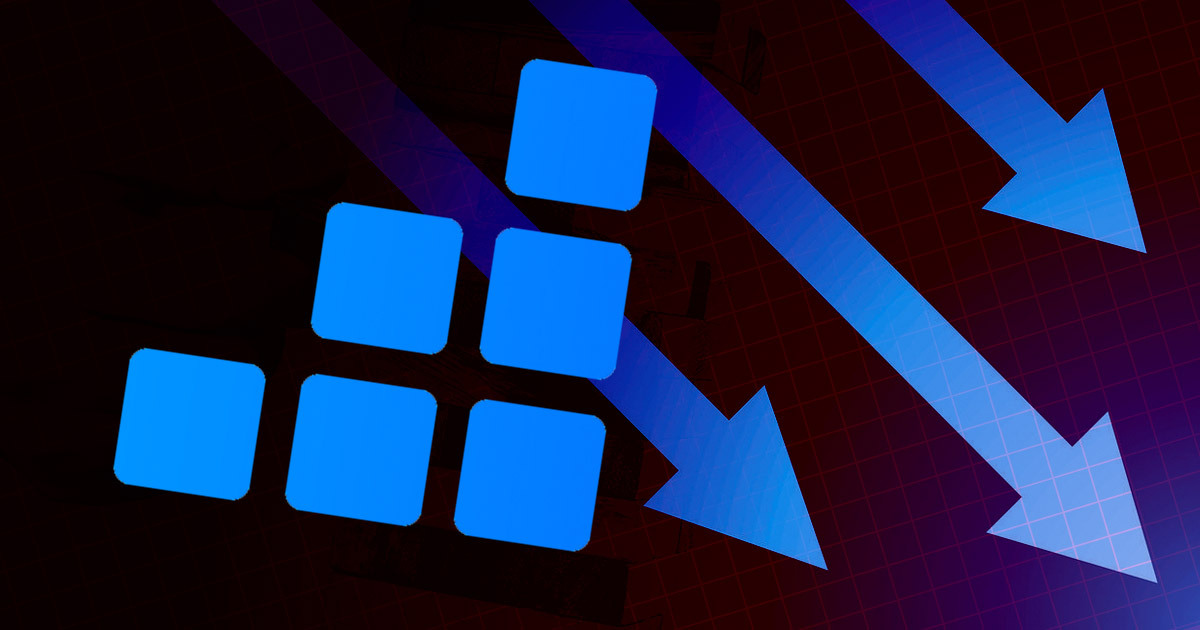 Crypto savings platform Finblox posted a Twitter statement on June 16 informing users of a freeze on rewards and the imposition of a daily withdrawal limit.

The notice refers directly to the unfolding situation at Three Arrow Capital (3AC), which is rumored to be insolvent — having incurred liquidations of at least $400 million.

Finblox lists 3AC as an investment backer and Sequoia and Dragonfly Capital, among others.

@cybercodetwins said it was common practice for 3AC to manage the treasuries of companies it backs with investments.

Hmm should mention that 3AC would normally invest in companies and then manage a part of their treasuries for them. Not sure how many protocols in total were involved but they were one of the largest ones.

The Finblox business model is to generate a yield from users’ deposits through strategies that include lending to institutions and DeFi protocols. It offered users up to 90% APY on Axie Infinity (AXS) deposits, but other offerings were more in line with industry standards.

The statement opens with an acknowledgment of the current market conditions and how it has impacted 3AC.

It added that the firm has been with working with eight partners and protocols to “generate yields and spread the risk as evenly as possible.” Having evaluated the results of this, the following actions come into force:

“Ultimately, Finblox will do everything in its power to protect our users’ funds and reinstate our services in full. We will provide you with updates and inform you of any new developments as soon as possible…”

3AC on the ropes

Meanwhile, rumors abound that 3AC could not meet its margin calls over the weekend, adding further pressure on token prices.

Andrew Thurman, an Analyst at Nansen, who has been monitoring the firm’s positions, said 3AC is “reshuffling major portions of their holdings” as a result. The shuffle would likely include assets held in investee firms.

“I don’t want to comment on what that might mean for their health, but it’s clear that they’re reshuffling major portions of their holdings.”

Head of Trading at 8Blocks Capital, Danny Yuan, described the situation as the “3AC contagion.” Giving further insight, Yuan said 3AC were over-extended and over-exposed. Moreover, he said that rather than meeting margin calls, 3AC “ghosted everyone.”

11) What we learned is that they were leveraged long everywhere and were getting margin-called. Instead of answering the margin calls, they ghosted everyone. The platforms had no choice but to liquidate their positions, causing the markets to further dump.

How the UST crash changed the stablecoin landscape