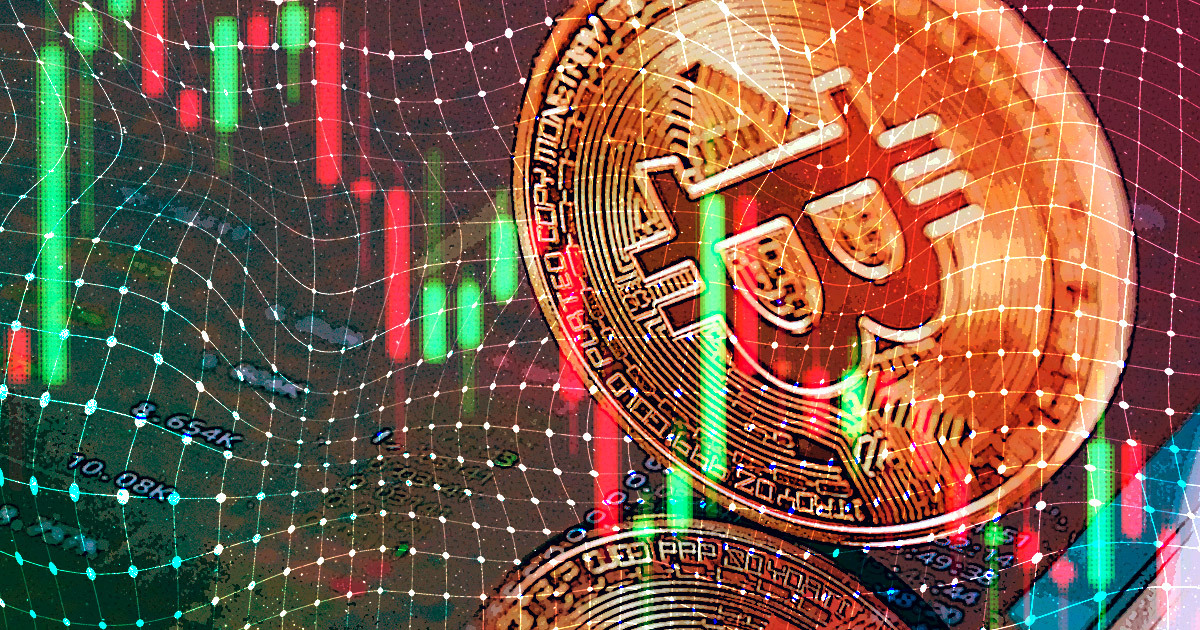 Bill Dudley, former president of the Federal Reserve Bank in NY and chief economist at Goldman Sachs, believes that “to be effective, [the Federal Reserve] will have to inflict more losses on stock and bond investors than it has so far.”

Why the Fed may push down tech and crypto

The Fed’s tools to push stocks down are focused on raising interest rates and tightening financial conditions. These tend to directly affect the price of risk-on assets such as tech stocks and crypto. On Wednesday, April 6th, the minutes of the latest Fed meeting were released, and immediately tech stocks dropped, with the Nasdaq falling 315 points. Some stocks, such as Cloudflare, gapped down almost 10% on the news. While the internet networking company may not be a crypto project, it does have a vital role in keeping web3 infrastructure online. Amazon AWS and Cloudflare are centralized bottlenecks in the blockchain revolution, with 20% of all internet traffic passing through the Cloudflare CDN network.

Dudley explains that short-term interest rate hikes do little to affect most people in our modern society. This is because many mortgages are tied to fixed rates over a long period, especially in the US. He believes that market sentiment is focused on the fact that the Fed will need to drop interest rates in the next few years, thus pricing this into their market participation. Essentially, the markets are not going down as much as the Fed would like because investors predict a future bull run once inflation is under control. However, for inflation to be controlled, there must be a release of air from the formed market bubble.

If financial conditions do not tighten (read, prices come down), then Dudley thinks the Federal Reserve:

“will have to shock markets to achieve the desired response. This would mean hiking the federal funds rate considerably higher than currently anticipated. One way or another, to get inflation under control, the Fed will need to push bond yields higher and stock prices lower.”

The effects of rising rates on the price of Bitcoin

If we look at the long-term relationship between Bitcoin and US Treasury bond yields since 2020, there are some interesting patterns. The 1-year Treasury note yield has risen steadily since the Bitcoin price crash of May 2021 and is now up over 4900%, while Bitcoin is down 27% from the local high. An increase indicates expectations for increased short-term interest rates concerning short-term assets. This supports Dudley’s theory that investors are already pricing in a recovery.

Recently, the 10-year and the 2-year yield curve inverted, a sign of a coming recession by many analysts’ standards. This happened as the 10-year fell against the 2-year amidst long-term uncertainty in the market, possibly due to concerns over global politics.

Compared to the 1-year note, the 10-year yield is up just 56% and has shown an element of correlation to Bitcoin over the given period. However, there has been a clear divergence since the start of this year. The 10-year yield is up 78% since January 1st, whereas Bitcoin has remained relatively consistent.

Now, if we add the Nasdaq QQQ to the chart, we see the correlation between Bitcoin and tech stocks quite clearly. The blue line (Nasdaq) and the orange (Bitcoin) followed a very similar pattern after October 2021, when it was becoming clear that inflation was not going away.

Markets tend to react poorly to sharp changes in the status quo or future expectations. Predictability has often resulted in green days in crypto and the stock market since the first lockdown. The sharp rise in the 10-year yield came from the market’s reaction to the Fed’s minutes and the anticipation of a larger than expected rate hike. Both tech and crypto fell, and Dudley believes we may see further moves by the Fed to shock the market similarly to get the markets under control. Crypto investors are used to wild price movements, and we could be in for many more during the rest of 2020 if Dudley’s thesis plays out.

Grayscale: The SEC must get comfortable with spot Bitcoin ETF