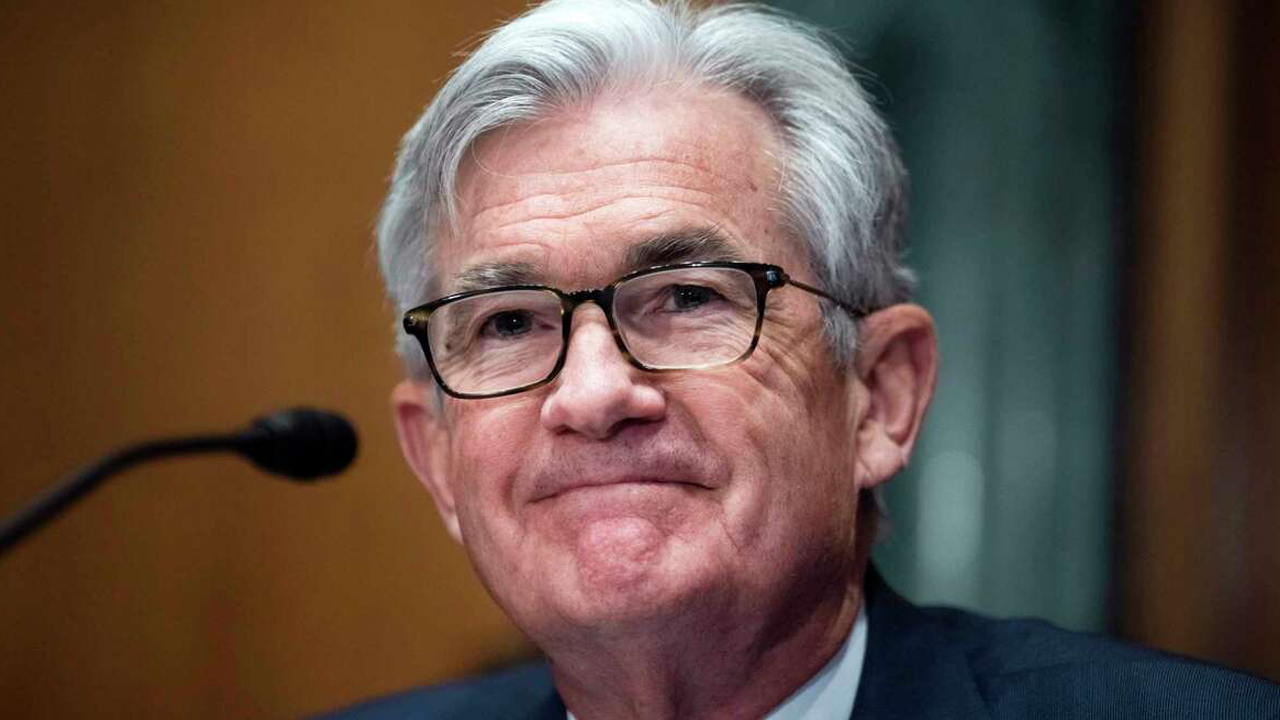 The 16th chair of the Federal Reserve, Jerome Powell said that America’s “inflation is much too high” on Monday, and he further explained that the U.S. central bank is willing to raise rates more aggressively. Off the heels of the first benchmark interest rate increase since 2018, Powell stressed that the Fed will “take the necessary steps” to ensure price stability is feasible. The Fed chair further said raising the federal funds rate by “more than 25 basis points” may be appropriate.

On March 16, 2022, the U.S. Federal Reserve increased the federal funds rate for the first time since 2018, and the central bank expects six more rate hikes this year. Inflation has jumped a great deal in the United States, in a short period of time, as the U.S. Labor Department’s February Consumer Price Index (CPI) report indicated that inflation has risen at the fastest pace since 1982.

On Monday, following last week’s rate hike, Powell vowed the central bank would be aggressive toward ensuring price stability returns to normal. Powell explained the Fed’s position during remarks at the National Association for Business Economics. “The labor market is very strong, and inflation is much too high,” Powell detailed. The central bank’s chair noted that in order to tame inflation, the federal funds rate could be raised higher than the traditional 25 basis points (bps) raise. Powell added:

We will take the necessary steps to ensure a return to price stability. In particular, if we conclude that it is appropriate to move more aggressively by raising the federal funds rate by more than 25 basis points at a meeting or meetings, we will do so. And if we determine that we need to tighten beyond common measures of neutral and into a more restrictive stance, we will do that as well.

Powell’s remarks follow a great number of investment banks that predicted the Fed would be more aggressive this year, well before the first rate hike. Furthermore, the president of the Federal Reserve Bank of St. Louis, James Bullard, issued a statement that calls for aggressive measures amid the inflationary pressures plaguing the country. Meanwhile, Powell explained on Monday that the world may be settling in on a “new normal” but things are still “uncertain,” especially with the ongoing Russia-Ukraine conflict.

“It continues to seem likely that hoped-for supply-side healing will come over time as the world ultimately settles into some new normal, but the timing and scope of that relief are highly uncertain,” Powell told the attendees at the National Association for Business Economics. “In the meantime, as we set policy, we will be looking to actual progress on these issues and not assuming significant near-term supply-side relief.” The central bank chief further added:

In normal times, when employment and inflation are close to our objectives, monetary policy would look through a brief burst of inflation associated with commodity price shocks. However, the risk is rising that an extended period of high inflation could push longer-term expectations uncomfortably higher, which underscores the need for the Committee to move expeditiously as I have described.

Following Powell’s remarks, the Fed chair received some criticism from a number of analysts and economists. Northman Trader’s Sven Henrich told his 360,000 Twitter followers that the central bank chief’s commentary was “performance art.”

“If he believed in the urgency of all the things he said today he should’ve raised by 50bp last week. He didn’t. They literally squeezed their balance sheet to new all-time highs in time for last week’s Fed meeting,” Henrich tweeted.

In addition to the macro and technical analyst Henrich, the gold bug and economist Peter Schiff gave shared his two cents about Powell’s most recent comments. “If the Fed really is committed to doing whatever it takes to fight inflation [and] shrink its balance sheet, why did it buy an additional $46.3 billion in Govt. debt during the week ending March 16th? Schiff asked on Twitter. “That pushed the size of the Fed’s balance sheet to a record-high $8.954 trillion,” he added.