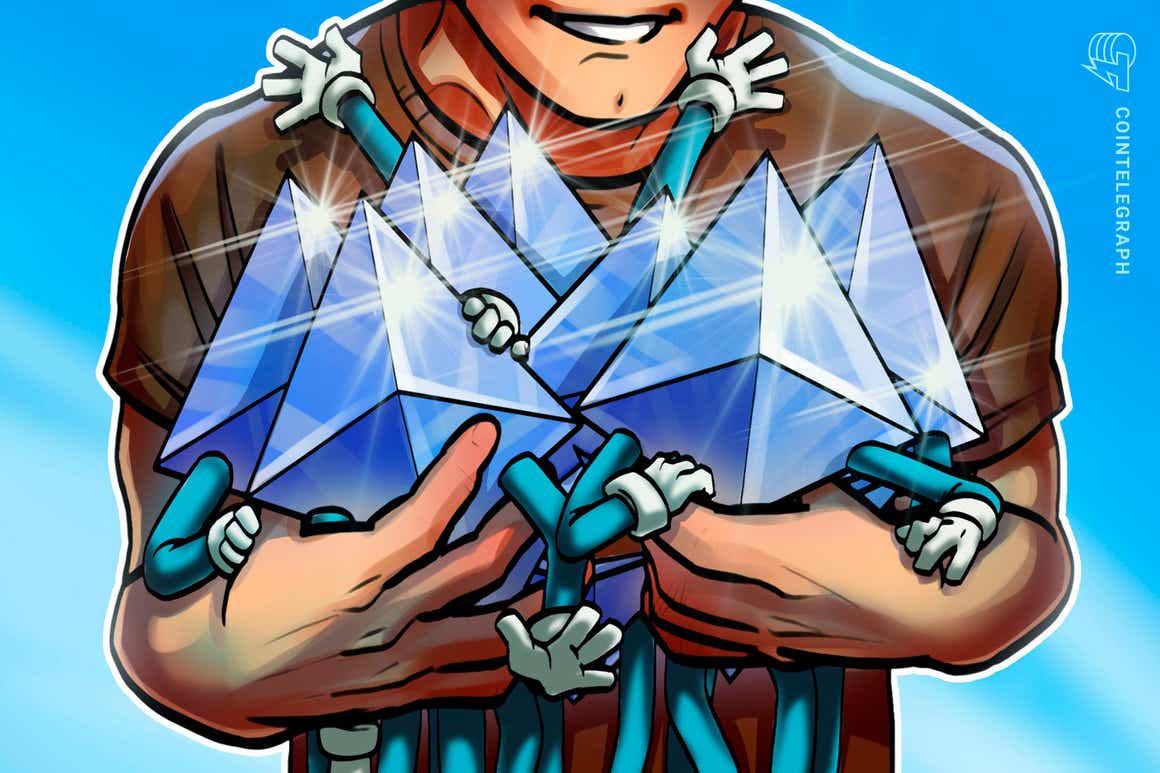 The Singapore-based hedge fund manager provided liquidity worth 36,401 ETH to Lido’s “Curve stETH pool” using a third-party Ether wallet, data from Etherscan shows. As a result, it became eligible to receive at least 36,401 stacked Ether (stETH) tokens from Lido: to ensure low slippage when un-staking those tokens for real ETH plus staking reward.

Almost an hour later, another Ether address, marked with the word “fund,” sent 6,993 ETH (worth $21.12 million) to the Curve stETH pool, hinting that Three Arrows Capital was adding more liquidity to the Lido’s coffers. If correct, the fund may have already staked more than $130 million worth of Ether on March 22.

The Three Arrows Capital’s massive Ether inflow into Lido staking pools came ahead of the launch of Ethereum’s new validation system in summer 2022.

Ethereum will switch its network protocol from energy-intensive proof-of-work to proof-of-stake, which lets users validate transactions and add blocks to the Ethereum blockchain by staking 32 ETH or its multiples for at least one year to earn annual yields.

But only 8% of the current ETH supply has been staked into ETH 2.0 contracts since its introduction in December 2020, underscoring that average Ether users are reluctant to lock 32 ETH — about $100,000 at March 22’s price — for a year. That has created opportunities for liquidity mining providers like Lido.

Notably, Lido allows users to lock any amount of Ether to participate in running the ETH 2.0 chain without lock-ups. As a result, it now represents more than 80% of the Ethereum liquid mining space, holding nearly $8.25 billion worth of ETH in its pools at March 22’s prices.

Hence, Three Arrows Capital’s looks intent to become a validator on the Ethereum network via a less risky alternative like a liquidity staking pool. Meanwhile, the fund appears to have also been accumulating more Ether.

Three Arrows Capital’s address received about $22.50 million worth of Ethereum tokens from wallets associated with crypto exchanges FTX and Deribit on March 22, less than an hour after it staked 36,401 ETH into the Lido’s pool.

Related: Ether bulls eye resistance at $3K as the network prepares to undergo ‘The Merge’

It wasn’t clear whether Three Arrows purchased the coins anew or merely withdrew them for holding or further staking. But in either case, the firm contributed to what appears like a constant depletion of Ether reserves across the crypto exchanges, considered by many ETH traders a bullish signal.

Nonetheless, PostyXBT, an independent market analyst, highlighted $3,000 as a key inflection zone for ETH price, noting that only flipping above it decisively could have Ether eye a move toward $3,500.

“I think we see a further +10% move towards key resistance,” he wrote.