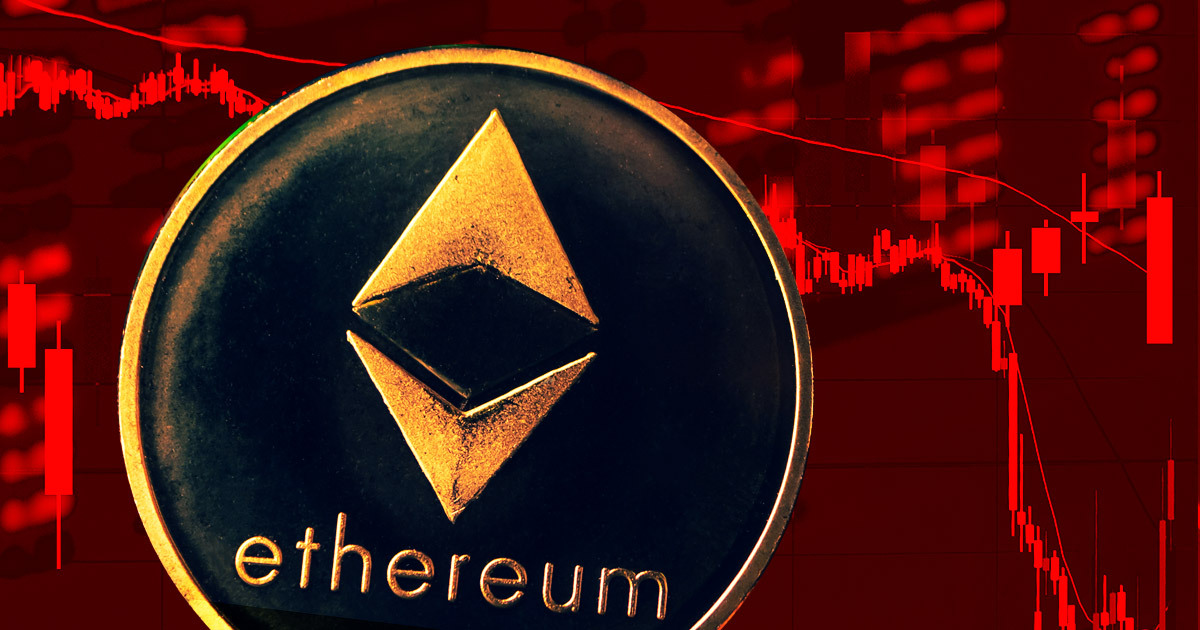 The largest liquidation candle in a month wiped out most of the gains Ethereum posted following the Merge.

Following its transition to a Proof-of-Stake network, ETH touched $1,640 in what many believed would be the beginning of a rally. However, aggressive liquidation pushed its price below $1,500, with ETH standing at around $1,480 as of press time.

Over $60 million in ETH has been liquidated in less than an hour, creating downward pressure on the rest of the altcoin market. In the past 24 hours, liquidations exceeded $150 million.

According to data from CoinAnalyze, around $77 million in liquidations occurred on OKEx, while FTX stands second with around $40 million in ETH liquidations in the past 24 hours.

The majority of liquidations were longs — around $98.6 million in longs were liquidated in the past 24 hours, while the market has seen only about $48.3 million in shorts liquidated.

The massive losses weren’t exclusive to Ethereum — the rest of the crypto market took a hit, with many large-cap coins going into the red. But while most saw losses that didn’t exceed a few percent, Ethereum saw its price decrease by over 7.5% in a day.

It’s still early to tell what caused the massive liquidations. Some believe they could have been a result of speculation surrounding the Merge. Others believe that the broader market uncertainty could have caused them.

The traditional market saw an equally unexpected crash in the past several hours, with stocks and indexes dropping after days of relative stability. The ongoing volatility could be a reaction to the meeting Russian President Vladimir Putin had with Xi Jinping, the President of China.

The post ETH falls below $1,500 as over $150M is liquidated in 24 hours appeared first on CryptoSlate.