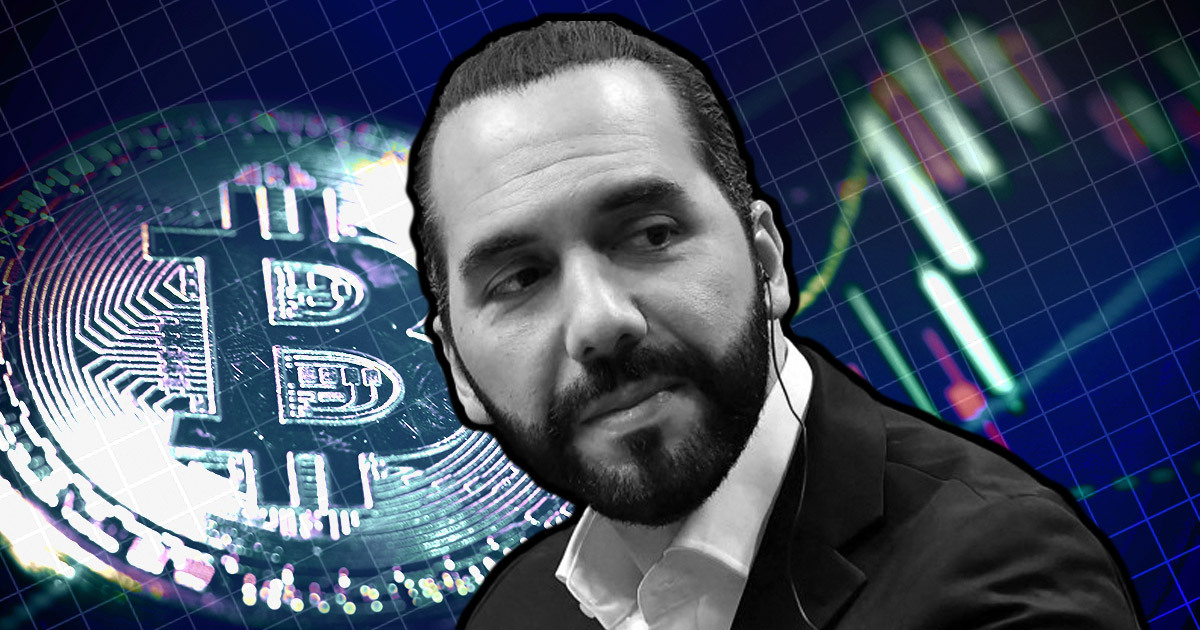 El Salvador’s President Nayib Bukele assured citizens that the current bear market is not the end for Bitcoin (BTC) and advised Bitcoin investors to stop worrying and be patient.

“I see that some people are worried or anxious about the Bitcoin market price.

My advice: stop looking at the graph and enjoy life. If you invested in BTC your investment is safe and its value will immensely grow after the bear market. Patience is the key.”

El Salvador is the first country to accept Bitcoin as a legal tender. The country accumulated more than 2,300 Bitcoins since last November and their total investment is down more than 62%.

Minister Alejandro Zelaya argues that the 62% loss poses only a very minimal financial risk for the country. He says:

“When they say that the fiscal risk in El Salvador due to bitcoin is very high, the only thing it does is make me laugh and I think that any serious economist should do the same, because it really is an extremely superficial analysis and they speak only from ignorance.”

O’Leary talked to Business Insider about his approach to the bear market. He said he didn’t think this is the end of crypto, in fact, the current negativity will clear out unnecessary projects and make room for the good ones to arise.

He said he has been doubling down on Bitcoin, Ethereum (ETH), and some other Web3 projects which total up to 32 positions in the digital asset market.

He agrees that some projects won’t survive, but the ones that do will provide high returns. He says:

“I’m not selling anything. Long term you just have to stomach it. You have to understand you’ll get volatility, and that some projects aren’t going to work.”

O’Leary, like the president of El Salvador, is not worried. He says that the market will keep falling and eliminating projects until it hits the bottom.

While not disclosing when the bear market may finally hit the lowest level, O’Leary says the market will rise stronger and higher once it bounces back from the bottom.

O’Leary concludes his words by explaining why he is not worried. Even though you don’t know what is going to happen with each individual project, the overall crypto market will only grow in the future because of the people working on it. He says:

“Look at an MIT graduating class of engineers. The smartest people want to work on the [block]chain. So you’ve got the majority of the best intellectual capital in the world solving poor outcomes on the chain — why wouldn’t you expect that to work?”

SBF and Alameda step in to prevent crypto collapse contagion