El Salvador seeks to buy back $1.6B of debt to quell default fears 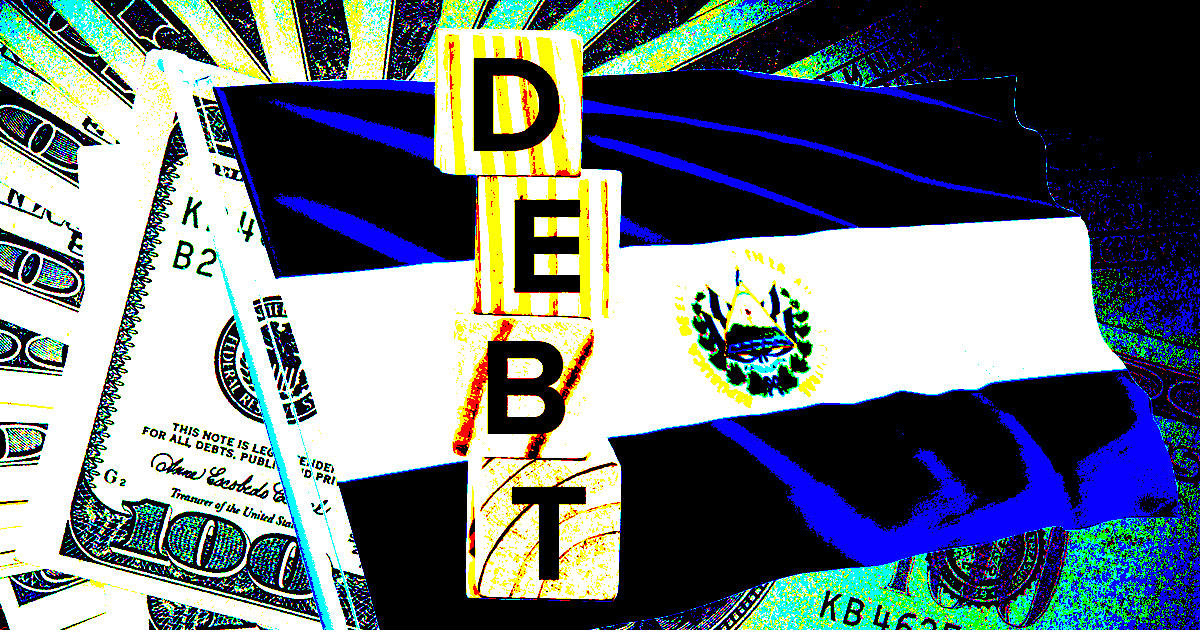 Amid falling Bitcoin (BTC) prices and rising fears of El Salvador defaulting on its debt, the Central American country is attempting to buy back $1.6 billion of its sovereign bonds.

El Salvador President Nayib Bukele tweeted July 26 that he has sent two bills to the parliament to ensure that the country has funds to make a “transparent, public and voluntary purchase” offer to all holders of Salvadoran sovereign debt bonds.

Today we are sending 2 bills to Congress to ensure that we have the available funds to make a transparent, public and voluntary purchase offer to all the holders of Salvadoran sovereign debt bonds from 2023 to 2025 at whatever the market price is at the time of each transaction.

Bukele added that the bonds maturing between 2023 and 2025 would be bought back at market prices, starting in about six weeks or early September.

Several economists have claimed that El Salvador’s adoption of Bitcoin has worsened its default risk. But Bukele said that the country not only has enough funds to pay all its debts when they are due but also to purchase all of its own debt till 2025 in advance.

According to a Financial Times report, finance minister Alejandro Zelaya said in a press conference that the government would pay for the buyback using special drawing rights from the International Monetary Fund (IMF) and with a $200 million loan from the Central American Bank for Economic Integration. The IMF, itself, has expressed concerns about the country’s adoption of Bitcoin.

In his Twitter thread, Bukele stressed the fact that the price of El Salvador bonds is going to increase at the buy-back news but that the country was still prepared to purchase its debts.

According to former Salvadoran central bank governor Carlos Acevedo, the country could save $900 million in interest and principal if it can secure the funds to purchase the bonds, the Wall Street Journal reported. Acevedo told FT:

“It’s the best option the government had on the menu to honour the expiration of these bonds. The success of this initiative will depend on how the market reacts.”

El Salvador’s credit was downgraded by Fitch Ratings in February 2022. In May, Moody’s did the same. According to estimates, El Salvador’s unrealized loss on Bitcoin investments stands at $57 million.

The post El Salvador seeks to buy back $1.6B of debt to quell default fears appeared first on CryptoSlate.

Coinbase SEC investigation could have ‘serious and chilling’ effects: Lawyer