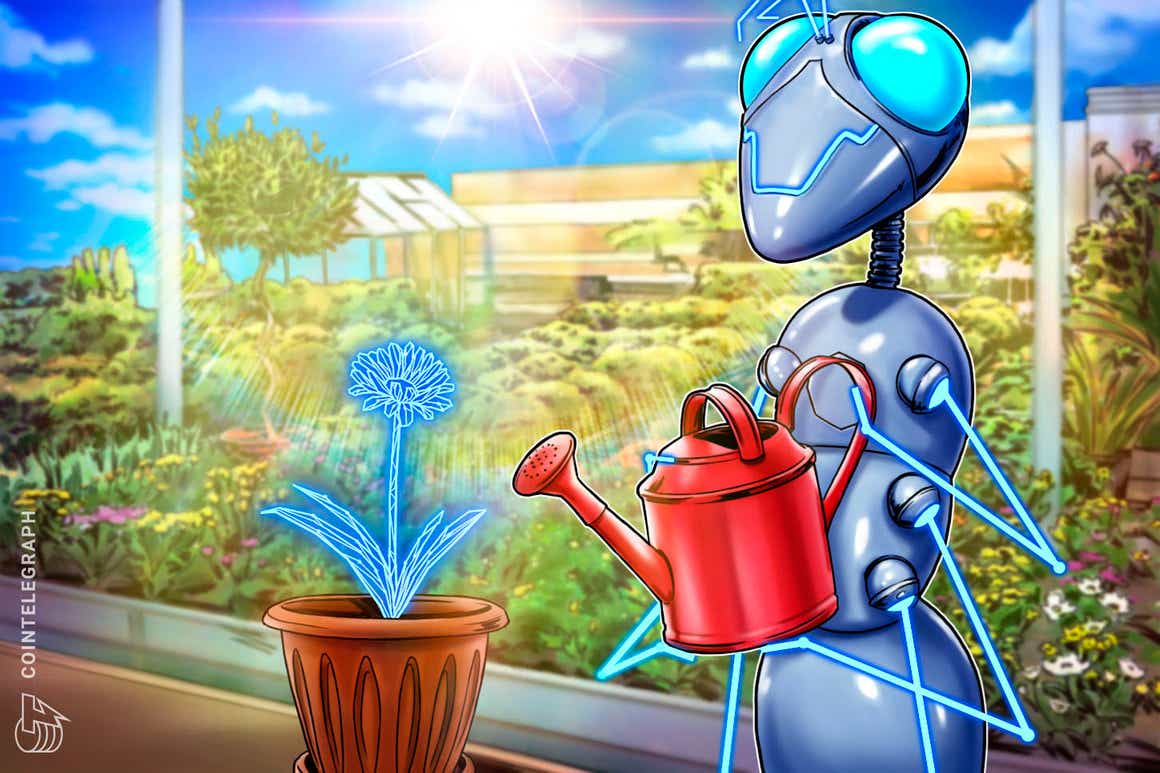 What we call Web3 will be centered on an ecosystem of technology products that are decentralized, based on blockchain networks, interoperable, and without a traditional trusted validator (such as corporations, institutions and government bodies). But exactly what does this mean?

Web3, a term coined by Gavin Wood, Web3 Foundation president, is the next phase of the internet and, perhaps, of organizing society as a whole. Web1 was the era of open, decentralized protocols, where most online activity involved browsing individual static pages. Web2, which we are now experiencing, is the era of centralization, in which a large part of communication and commerce occurs on captive (closed) platforms and is owned by a handful of technology corporations, subject to centralized control by regulators and government agencies.

In contrast, Web3 aims to solve all the problems that have arisen in Web2 by giving data ownership and power over digital identity, which now belongs to large technology companies, to individual users.

Put another way, Web3 refers to a decentralized online ecosystem based on blockchain. To better understand this, see the figure below for a comparison of the architecture of a Web2 application versus that of a Web3 application.

This means that platforms and applications created on Web3 will not be owned by a central gatekeeper, but by the true owner of the data: the human being. In short, human beings will be the main focus of Web3.

Decentralization and trust on the Web3

Instead of relying on a single, centralized server, Web3 is being built on top of blockchain networks, powered by cryptography that makes it possible to store data across distributed devices (also known as “nodes”) around the world.

And such distributed devices can be anything — computers, laptops or even more robust servers. These devices serve as the framework of blockchain networks, communicating with each other to enable the storage, dissemination and preservation of data transactions without the need for a trusted third-party validator (such as an institution, corporation or government).

In other words, thanks to nodes running blockchain software, a decentralized record of property transfer is now possible, which is unlike anything we have seen before. Now, the way Web2 was built, we had no choice but to hand over our data to technology companies, governments, and their respective centralized storage servers.

So, we needed to trust that these traditional third party validators would use our data in an ethical and secure way. And we were taken by surprise when scandals, such as the Facebook-Cambridge Analytica data scandal, came to light.

Related: A letter to Zuckerberg: The Metaverse is not what you think it is

In the current structure of the web, it is very easy for our data to be transacted on “behavioural futures markets” without us having any idea this is happening and what impact it has on our lives. Not surprisingly, ownership of our data and decentralized identity, also known as self-sovereign identity, are considered prerequisites to Web3.

The automation of trust with Web3 interoperability

This wallet is interoperable, meaning that it can easily be created on the internet and work with various products and systems, allowing the user to choose which decentralized applications have access to their data and identity. Also, all transactions and interactions on the blockchain network are permissionless; they do not need the approval of a trusted third-party validator to be completed. But how important is this?

Today, individuals must use their Facebook or Google login to access many online applications, which forces them to hand over their data to these companies. In Web3, by contrast, individuals will own their digital identities. By replacing third parties with blockchain technology, Web3 unlocks entirely new business models and value chains where centralized intermediaries are no longer favored. Ultimately, Web3 takes power away from intermediaries and gives it back to individuals. And now, surely, you must be wondering if this power shift is really possible.

In fact, we are already seeing this firsthand with nonfungible tokens (NFTs). As I commented in another article in this column, content creators have recently begun experimenting with ways to receive the bulk of the revenue from their work. And much of this can be credited to the function of smart contracts, which, specifically with NFTs, enable secondary royalty structures, meaning that creators get paid every time their work changes hands on the open market. Thanks to this fundamental change in the value chain, creators are earning more than ever before.

Alongside this new value chain, Web3 has created entirely new economic organizations — DAOs. These decentralized autonomous organizations are a central function of interaction across the Web3 space. Let’s understand why.

Related: DAOs are the foundation of Web3, the creator economy and the future of work

A DAO is a unique, self-managed organization run solely and exclusively by blockchain smart contracts, with their own bylaws and rules of procedure, that replace day-to-day operational management with self-executing code. The main advantage of a DAO is that, unlike traditional companies, blockchain technology provides the DAO with complete transparency.

All of the DAO’s actions and funding can be seen and analyzed by anyone. This transparency significantly reduces the risk of corruption, illicit activity or fraud by preventing important information from being censored.

Furthermore, it is blockchain technology that ensures that the DAO maintains its purpose. This is because, like NFTs, DAOs also work with smart contracts that can trigger an action whenever certain predetermined conditions are met. For example, in the case of a DAO, a smart contract can ensure that proposals that receive a certain amount of affirmative votes are automatically enacted.

And, unlike traditional organizations that operate from the top down, DAOs operate with a flat hierarchical structure, allowing all members to have a say in crucial decisions that affect the broader group — rather than just the primary shareholders.

In addition, DAOs are much more accessible to the average individual, as the barrier to entry is not as high. Usually, the only people who can invest in an organization early on — and reap most of the financial returns as a result — are incredibly wealthy and well-networked individuals.

In DAOs, this is not the case. They are globally accessible and available at a much lower cost.

Currently, DAOs have already been used to govern communities and fund projects, like managing a basketball team in the NBA and even trying to buy a first-edition print copy of the U.S. Constitution. However, the path to Web3 is not always easy.

What are the current concerns with Web3?

Today, a lot of learning and experimentation is required in the average user’s journey in using Web3 technologies. The lack of current user-friendly design in Web3 applications hampers the user experience and results in a steep learning curve.

In fact, such factors are a significant barrier to entry for most people. And when we consider the time required for software code exploration and development, as well as the current focus of developers, we realize just how far from a priority the user experience is.

While Web3 platforms are difficult to use, it is worth noting that this is only because things are so new that most developers are still focused on developing the underlying technologies.

Where does the future of the web lie?

Every significant change comes with a high risk. While one of the great advantages of Web3 is that it intends to return the ownership of data to its true owner — the human being — this “advantage” is also its greatest challenge.

Better explained, the fully matured Web3 space is still a long ways off, and nobody has a clue what exact form it will actually take. As the Web3 infrastructure is intended to be fully decentralized and use peer-to-peer networks, dispensing with traditional trust validators (or intermediaries), people will be fully responsible for their data and their crypto actives.

This means the necessary overcoming of cultural barriers and a change in behavior on the part of users, who will need to learn what digital wallets are, how public and private keys work, which cybersecurity practices are most appropriate, be constantly alert for phishing scams, never give their private key to a third party, among other things. In short, users will not delegate the security of their identity and data to third parties; they themselves will be responsible for keeping their vigilance at all times.

In short, security is still not a universal truth in Web3. You may trust the blockchain, but do you trust yourself? There are also scalability issues. While few would argue that decentralization is a bad thing in and of itself, transactions are slower on Web3 precisely because, at the current stage of developments in blockchain structures, decentralized networks do not yet scale satisfactorily.

In addition, there are the gas fees — payments that users make to use the Ethereum blockchain, one of the two most popular blockchain platforms in the world. Put another way, “gas” is the fee required to successfully conduct a blockchain transaction. These fees can drive up the value of a transaction to hundreds of dollars during peak times.

Then there is the conundrum of decentralization. Even though blockchain networks and DAOs may be decentralized, many of the Web3 services that use them are currently controlled by a small number of private companies. And there are valid concerns that the industry that is emerging to support the decentralized web (Web3) is highly centralized.

In any case, it is important to remember that while there is still a considerable list of concerns and obstacles to overcome, Web3 is still in its infancy, and brilliant people are actively working to solve the current problems.

What about you? Do you think we will enter a new era with a truly decentralized and privacy-focused web? Do you think that if the developers working on the current Web3 problems are successful, we will eventually get there?

This article does not contain investment advice or recommendations. Every investment and trading move involves risk, and readers should conduct their own research when making a decision.

The views, thoughts and opinions expressed here are the author’s alone and do not necessarily reflect or represent the views and opinions of Cointelegraph.

Tatiana Revoredo is a founding member of the Oxford Blockchain Foundation and is a strategist in blockchain at Saïd Business School at the University of Oxford. Additionally, she is an expert in blockchain business applications at the Massachusetts Institute of Technology and is the chief strategy officer of The Global Strategy. Tatiana has been invited by the European Parliament to the Intercontinental Blockchain Conference and was invited by the Brazilian parliament to the public hearing on Bill 2303/2015. She is the author of two books: Blockchain: Tudo O Que Você Precisa Saber and Cryptocurrencies in the International Scenario: What Is the Position of Central Banks, Governments and Authorities About Cryptocurrencies?