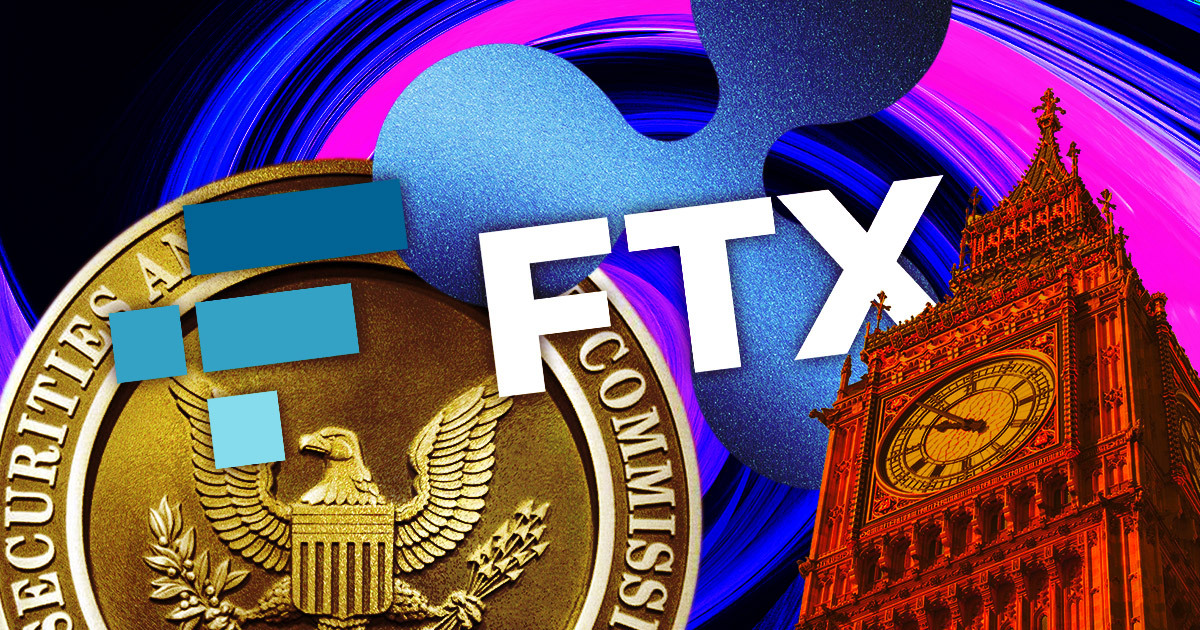 The biggest news in the cryptoverse for Sept 19 includes UK regulating warning that FTX has no authorization to operate in the country, Ripple and SEC filing for a summary judgment, Ronin bridge’s TVL declining by 82.7%, crypto market dipping to $900 billion.

The U.K. Financial Conduct Authority (FCA) has warned the public to exercise caution while dealing with FTX as it has no authorization to operate in the country.

The regulator warned FTX users that if things go wrong, their funds may not be protected by the Financial Services Compensation Scheme (FSCS).

The two-year-old legal battle between the SEC and Ripple seems to be coming to an end. The parties filed for a summary judgment allowing the court to make its judgment based on the evidence presented.

Ripple reiterated that XRP is not a security; therefore, the SEC has no justification for the token.

The crypto community is closely looking forward to the court ruling, which will define how many other crypto assets are accessed.

Ethereum co-founder Vitalik Buterin shared his vision for the future of Layer-3. He noted that Layer-3 solutions can exist to play complementary roles alongside Layer-2s.

According to Vitalik, Layer-3 solutions can be used to customize privacy functions, provide customized scaling, and improve security for lower security rollups like Validum.

South Korean prosecutors have asked Singapore’s police to place Do Kwon on a red alert that would declare him wanted in 195 countries. The prosecutors also moved to cancel Do Kwon’s South Korean passport.

Do Kwon, in defense, claimed that he was communicating with the relevant government agency and not “on the run.”

The past seven days have been challenging for the crypto market as it declined from $1.069 trillion to $903 billion.

The buy the rumor, sell the news narrative that played out for the Ethereum merge contributed to the decline. Since Sept. 15, Ethereum has lost 21% of its value, which also dragged the altcoin market down.

The upcoming FOMC on Sept. 20 may lead to further decline as many expect between 75 and 100 basis point hikes.

According to Glassnode data analyzed by CryptoSlate, USDC’s balance on exchanges has dropped from $7 billion to a low of $2.1 billion, while USDT balances have reached a high of $17.7 billion.

The contrasting flows of balances between USDC and USDT are linked to recent developments in their ecosystem.

Binance’s move to stop supporting USDC has contributed to its massive outflows, while USDT’s move to become more transparent in its reserve reporting accelerated its net inflows.

The willingness of Bitcoin traders to go long despite obvious bearish sentiment can be explained by reviewing the Options 25 Delta.

Bitcoin’s price has rallied around the $20,000 range for several weeks. However, on four occasions of shooting a green candle, traders have gone long, only to suffer liquidation.

CryptoSlate analyzed an exclusive report from Nansen Alpha to reveal that since the Ronin bridge hack, the ecosystem has lost 82.7% of its total value locked (TVL). At the end of Q1, Ronin’s TVL sat at $318.71 million but declined to a low of $55.11 million in Q2.

Despite reopening its bridge on June 28, Ronin has failed to attract the 21-node validators needed to secure its chain. As of press time, only 14 validators are active on the network.

According to the Blockchain Center altcoin season Index, an altcoin season is in view as soon as 75% of the top 50 coins outperform Bitcoin over a period of 90 days.

Finbold analyzed the altcoin season index to revealing that as of Sept. 19, 69% of the top 50 coins have outperformed  Bitcoin in the last 90 days. On this premise, it is predicted that the “altcoin season” is near.

Hollywood not giving up on NFTs yet

Bloomberg report revealed that the NFT market despite declining about 90% since the start of the year is still gathering interest among Hollywood stars.

Holywood Star Dave Broome said that the industry still believes in the future of NFTs. He added that Hollywood’s appetite has not lessened, it is only calming down to adopt the right investment strategy.

The post CryptoSlate Wrapped Daily: Ripple and SEC move to settle lawsuit, FTX not authorized to operate in UK appeared first on CryptoSlate.